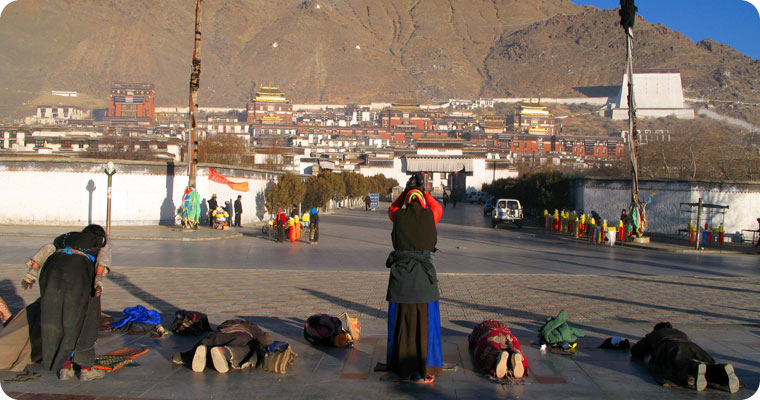 Tibet is a word that referred real Shangri-La, the forbidden land and the holy land of your innermost desire. When people refer Tibet, they will describe this land as the roof of the world. Due to the high altitude, Tibet is a land of snows as well as a mysterious place to explore. Snow mountains and grasslands, scattered herds of yak and nomads on the plateau, spectacular monasteries and unsophisticated smiles, tranquil lake and transparent blue sky, all can be seen on this magic land. Tibet is a province of natural wonder, a treasury of cultural relics and a destination of attractive adventure.

For centuries this mysterious Buddhist kingdom, locked away in its mountain fastness of the Himalaya, has exercised a unique hold on the imagination of the West. For explorers, imperialists and traders it was a forbidden land of treasure and riches. Dreamers on a spiritual quest have long whispered of a lost Shangri-la, steeped in magic and mystery. When the doors were finally flung open in the mid-1980s, Tibet lay in ruins. Between 1950 and 1970, the Chinese wrested control of the plateau, drove the Tibetans’ spiritual leader, the Dalai Lama, and some 100, 000 of Tibet’s finest into exile and systematically dismantled most of the Tibetan cultural and historical heritage, all in the name of revolution. For a while images of the Buddha were replaced by icons of Chairman Mao. Today, Tibetan pilgrims across the country are once again mumbling mantras and swinging their prayer wheels in temples that are heavy with the thick intoxicating aroma of juniper incense and yak butter. Monasteries have been restored across the country, along with limited religious freedoms. A walk around Lassa’s lively Barkhor pilgrimage circuit is proof enough that the efforts of the communist Chinese to build a brave new (roof of the) world have foundered on the remarkable and inspiring faith of the Tibetan people. 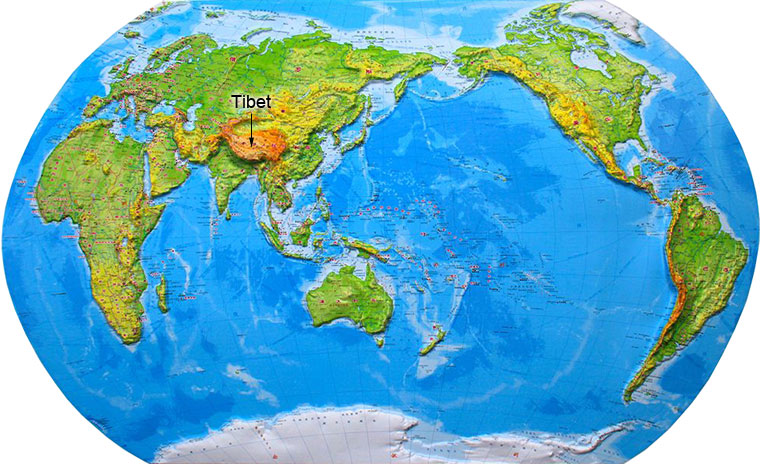 Population: Tibet's population is about 2.3 million, it is a vast area but sparsely populated. About 90% of the people live on farming and husbandry that live in the valleys of Tsangpo River and its major tributaries Kyichu and Nuuang-chu. There are more than ten ethnic groups in Tibet, including Tibetan, Mongolian, Nu, Drung, Moinba, Lhoba, Hui, Naxi, Deng and Sherpa.

Among them, Tibetans are the dominant inhabitants of Tibet, accounting for 92.2 % of the local population. The Tibetan ethnic group of China is famed for diligence, bravery and long history. They have their own language and written script. Most of them are Buddhist.

Administrative Division: Tibet is divided into one municipality and six prefectures, with Lhasa its municipality and Shigatse, Ngari, Shannan, Chamdo, Nagqu as well as Nyingchi. The major cities and towns such as Lhasa, Shigatse, Gyantse and Tsedang locate in the central and southern area.