Tibet Autonomous Region is the one with the largest number of rivers among all the provinces in China. According to the incomplete statistics, in Tibet, there are over 20 rivers with drainage area ​​of more than 10,000 square kilometers, more than 100 rivers with drainage area of over 2000 square kilometers, and over 100 rivers are more than 100 square km. Jinsha River, Lancang River, Nu River and the Yarlung Zangbo River and some other large rivers are passed the plateau. Nu River and the Yarlung Zangbo River originate from Qinghai-Tibet Plateau.
Tibet is also the province with the largest number of international rivers. The famous Ganges River, Indus River, Brahmaputra River, Mekong River, Salween River and Irrawaddy River originate on the Tibet Plateau.
The Rivers’ sources of water are mainly rain, ice and snow melting water and groundwater. The water flow is rich with low sediment concentration and good water quality.

According to the data, rivers in Tibet can be mainly divided into four river systems: Pacific water system, Indian Ocean water system, Northern Tibet water system, Southern Tibet closed drainage system.
►Pacific Water System: Jingsha River and Lancang River.
Jinsha River is the upstream river of Yangtze River. It originates from Mount Geladandong of Tanggula Mountains at Qinghai Province. It runs from Yushu Tibetan Autonomous Prefecture in Qinghai, through the border between Tibet and Sichuan, and runs to Yunnan province from Mangkang County. The river section in Tibet is 509 km long with drainage area of 23,060 square km. 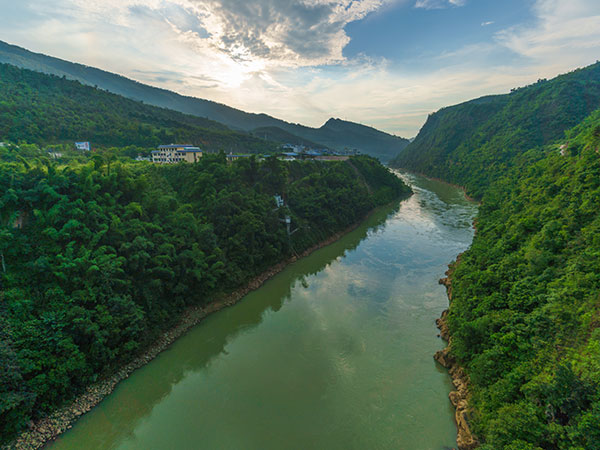 Lancang River has two river heads: one is Za Qu, originating from the foot of Mountain Ji Fu in Zaduo County in Qinghai; the other is Angqu, originating from Wangmala, in Baqing County, Tibet. They join together in Chamdo and runs to Yunan Province through Mangkang County. The section out of Yunnan province is named Mekong River. And the section of the river in Tibet is 509 km long with drainage area of 38,470 square km.
►Indian Ocean Water System:
Including the Yarlung Zangbo River, Nu River, Shiquan River, Xibaxiaqu River, Pengqu River, Xiangquan River, Kongque River, Jitaiqu River, Boqu River and so on. The rivers’ drainage area in China which belongs to Indian Ocean water system is 624,500 square km, while Tibet’s accounted for 84%.
Yarlung Zangbo River is the longest river in Tibet. It originates from Himalayan Mountains. Yarlung Zangbo River runs through 25 counties and Luoyu District in Tibet. It is 2057 km long with drainage area of 240,480 sqaure km. The average altitude of the river is about 4500 m, and it is the highest river in the world. Among all the rivers in China, the length of Yarlung Zangbo River ranks No. 5, the drainage area of it ranks No. 6, the flow of it ranks No. 3, hydroenergy reserve ranks No.2, and hydroenergy reserve per unit area ranks No. 1. 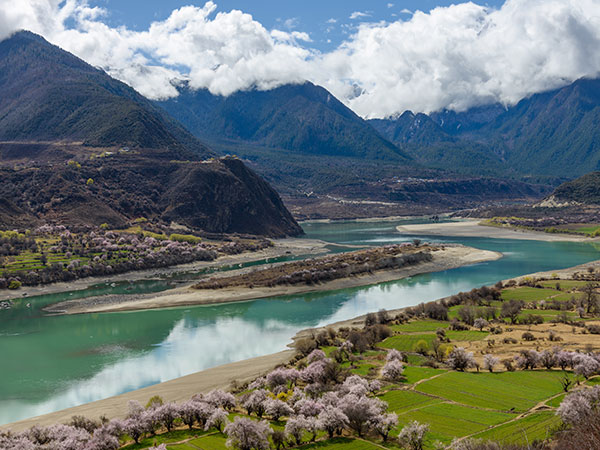