Himalayas - The Highest Mountains in the World

While Mount Everest is the highest peak which is known by all the people around the world, the Himalayas is the mountain chain giving birth to the highest peak in the world including Mount Everest. In this article, let’s learn something more about Himalayas, the world’s highest mountain Chain.
Himalayas, lifted by the subduction of the Indian Tectonic Plate under the Eurasian Plate, have lots of the Earth's highest peaks, including the world highest Mount Everest. It is situated at the borders of China Tibet, Pakistan, India, Bhutan and other countries. It extends more than 2400 km from east to west and 200-300 km from north to south. Distributed in the southern margin of the Tibetan Plateau, Himalayas extend from west to Kashmir’s Nanga Parbat Peak (latitude 35°14'21 ", longitude 74°35'24", with altitude of 8125 meters), and east to the Najiabawa Peak at the great bend of Yarlung Zangbo River (latitude 29 ° 37'51 ", longitude 95 ° 03'31", with altitude of 7756 meters), with a total area of about 594,400 square kilometers. On the border between China and Nepal, Mount Everest, with altitude of 8844.43 meters, is the highest peak in the world. 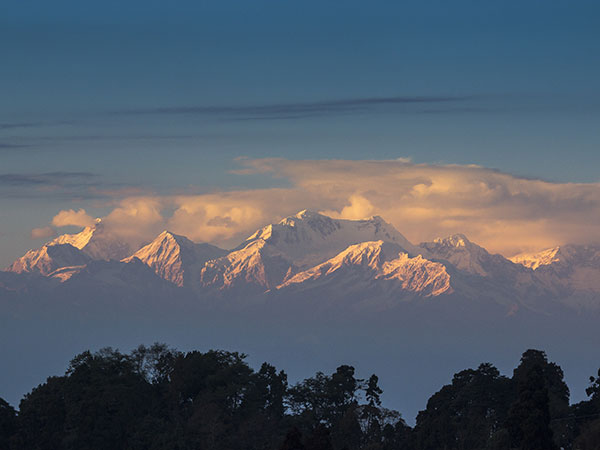 While the formation of the Tibetan Plateau was with thick crust and steep terrain, it formed Himalayas at the vicinity of the Yarlung Zangbo River. According to the paleomagnetism, the Indian Plate is still at an annual rate of more than 5 cm northward movement, and the Himalayas are still rising while still on the tectonic plate boundary and earthquakes collision belt. 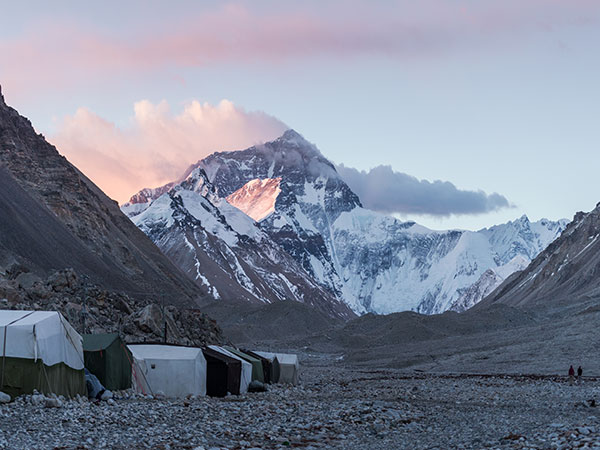 North slopes are gentle, while southern slopes are steep. There is rich rainfall on south slops, so there is lush vegetation; while the northern slope of less rainfall, sparse vegetation.
Natural scene in Alpine areas is constantly changing with height varies, forming distinct vertical natural zones. Temperature elevation resulted in decreasing of the temperature. The evergreen broadleaf gradually reduced until it disappears, but hardy conifers are increasing at the coniferous forest more than 2000 meters; further uphill, inadequate heat causes the growth of trees difficult to replace forests with shrubs; 4500 meters above is the alpine meadow;5300 m above is the alpine cold desert zone; permanent snow zone is at the higher alpine.

Approximately more than 70 peaks on Himalayas, with 40 peaks over 7,000 meters above the sea level and 11 peaks over 8,000 meters, while the summit has covered with snow all year round.

Almost all the  rivers  which are flowing to Indian Ocean originat from the North Slope, which cut through the Great Himalayas, forming 3000-4000 m deep canyon, with waterfalls, rushing river. There is a vast reservoir of water resources.
There are 70% of the world's fresh water is frozen in glaciers, while in the Himalayas there are amount of fresh water concentrating. Himalayan glaciers supply fresh water for many Asian rivers, including the Yellow River, Yangtze River, Ganges River, Indus River, Mekong River and so on.
Himalayas’ groups of peaks block the moist air blowing in from the Indian Ocean, thus causing the southern slope of the mountains with abundant rainfall. The summer monsoon from the Indian Ocean tends to bring India, Nepal and Bangladesh great precipitation in South Asia.