In Tibet, there are 787 lakes which are larger than 1 square km, with an total area of ​​24,566 square kilometers, accounting for about 30% of the total area of ​​the lakes in China. It is one of the largest distributions of lakes among all the provinces in China. As Tibet has vast territory, coupled with a big gap over the terrain conditions, the geographical distribution of the lake is great disparity in different areas. 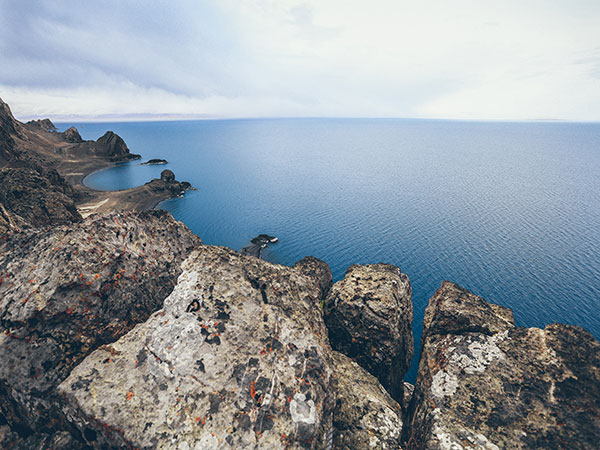 Types and Distributions of Lakes in Tibet

Tibetan lakes are various in types.

Divided by genetic types, there are tectonic lakes, glacial lakes and barriers lakes, etc. That is to say, it contains almost all the characteristics of the lakes in China.
Lakes in Tibet can also be divided into outflow lakes and inland lakes. The majority is inland lakes, mainly distributing in southern Tibet and northern Tibet Inland River regions, which are caused by previous progeny and formation fracture.
For the outflow lakes, one cause of formation is landslides, collapse of the mountain resulting in clogging of the river and forming barriers lakes, which are located in the southeastern region. The second kind of the outflow lakes are glacial lakes which are caused by iceberg, mainly in the southern Tibet, southeastern Tibet alpine glaciers and ancient glacial activity areas. The largest lake in Tibet is Lake Namtso, and there are also many famous sacred lakes.

Characteristics of Lakes in Tibet

There are a lot of mountains and canyons in the Southeastern Tibet, deep rivers and lakes in quantity, but smaller in individuals; in southern Tibet, there are a large area of ​​the lake, such as the famous Lake Manasarovar, Yamdrok Lake and so on. Inland of the northern Tibet is the most concentrated area of lakes, the lake area is ​​about 21,000 square kilometers, accounting for more than 88% of the total area of ​​lakes in Tibet, and more than 1/4 of the total area of the lakes in China. During August and September, the surface water temperature of those lakes in the northern Tibet are above 10-12 ℃. Except for those salt lakes in Tibet, other lakes are deep.
Most medium-sized lakes in Tibet are with dark blue and crystal clear water, which are more than splendid. Combined with the surrounding snow-capped mountains’ shadow, the amazing scenery is quiet pleasant. The transparency of the lakes in Tibet is above 10 meters, the highest is measured 14 meters. Lake Manasarovar is located beside the source region of Yarlung Zangbo River, with clear freshwater reserves of 20 billion cubic meters. It is one of the world's highest freshwater lakes. The lake is also a "Sacred lake”. Every year, there are a large number of Nepalese, Indian pilgrims and tourists travelling all the way here to pilgrimage.

Yamdrok Lake: one of the three largest sacred lakes in Tibet. The lake is surrounded by many snow-capped mountains and is fed by numerous small streams. According to the local mythology, Yamdrok Lake is the transformation of a goddess.
Namtso Lake: Namtso Lake is located in Nagqu Prefecture, about 260km from Lhasa and 60km from Damxung County. Namtso Lake means 'the holy lake' in the Tibetan language. This is one of the most beautiful lakes in Tibet, which is famous throughout China. The best time to visit here is from July to September. 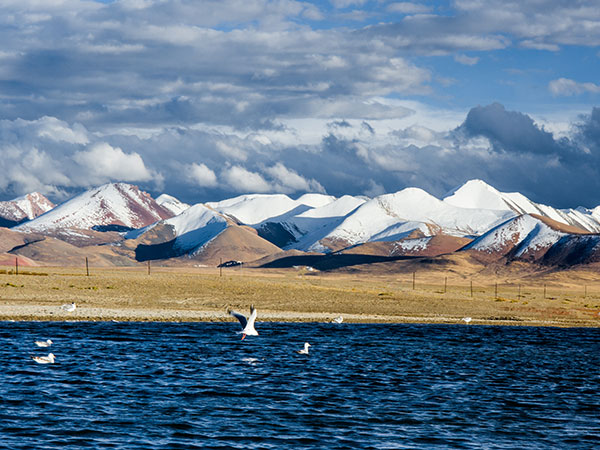 Lake Manasarovar: Lake Manasarovar or Mapam Yumco is a fresh-water lake in Ngari, 2,000 km from Lhasa. It lies at 4,556 m above the sea level, making it the highest fresh-water lake in the world. Like Mount Kailash, Lake Manasasarovar is also a place of pilgrimage, attracting numbers of religious people from Tibet, India, Nepal, and the other neighboring countries.
Basum Lake: Located in a deep valley at an altitude of 3,538 metes, Basum Lake is a crescent surrounded by mountain ranges and lush trees, like an emerald embedded in a valley. Famous for its beautiful scenery, Basum Lake is also the holy lake of Red Sect. Every year, thousands of adherents flood here to worship.
Ranhu Lake: Ranwu Lake is a perfect blending of the Swiss Alps snow peaks and glaciers, and the streams in Jiuzhaigou Valley. Ranhu Lake, the largest lake in southeast of Tibet, is in the Village of Ran, which is about 90km from the Baiba Town neighboring the Nyingchi Prefecture.
Lake Banggong Co: Banggong Co Lake extends from Rutog of Tibet, China to Indian controlled Kashmir. The bird islet where thousands of gulls inhabit is located in the lake. When spring comes, warm air from the Bay of Bengal blows into the Ngari Plateau, groups of birds which have migrated from the cold plateau to the warm Southern Asian continent in the previous winter will fly back to the islet. The best time to observe birds is from May to September.