The aviation has been launched to link Tibet. Nowadays, there are regular flights flying to and between Lhasa and many cities. Currently, Tibet has opened flights from Lhasa Gonggar Airport, Chamdo Bangda Airport, Nyingchi Mainling Airport, Nagri Gansa airports and Shigatse Peace Airport, connecting Lhasa, hence Tibet, with Chengdu, Xian, Beijing, Chongqing, and even Katmandu and Hong Kong. There are also air routes within Tibet at present. Traveling by air into Tibet will surely brings visitors unique and thrilling experience. Just imagine that you are above the world highest snow and cloud clad peaks! However, since planes travel fast and there is little time for acclimatization.

Lhasa Gonggar Airport is located at Gyazuling Town of Gonggar County in Shannan Prefecture. It lies at the south river bank of Yarlung Zangbo River with an altitude of 3600 meters above sea level, which is one of the highest airports in the world. It is the 4E level Airport with a runway of 4000m long and 45 m wide which can be used for taking-off and landing of Boeing 747, airbus and other large aircrafts. 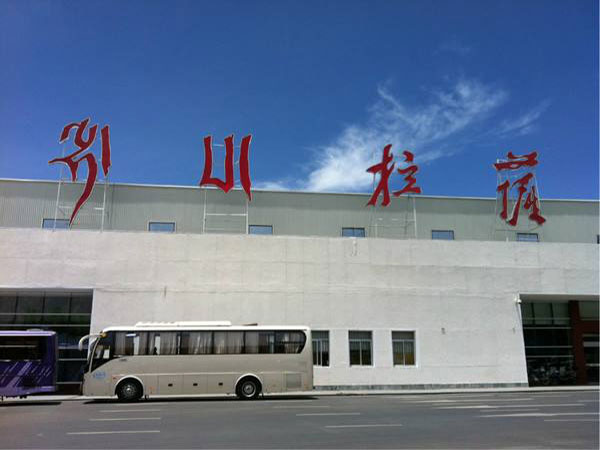 Chamdo Bangda Airport is reputed as one of the world's highest airports, the world's furthest airport away from downtown, and the civil airport with the worst climate in the world. It is located at the Bangda Prairie, in the narrow and long valley of the west bank of Yuqu River. The altitude of the airport is 4300 meters above sea level. The runway of it is 5 km in total, which is the longest runway among the civil airports in China and also the longest in the world. The climate is awful there. The wind speed reaches 30m/second in winter, and the temperature is usually under -20 degree centigrade in each winter and spring. The air density is only 50% of the sea level. It seems that the airport is a miracle. 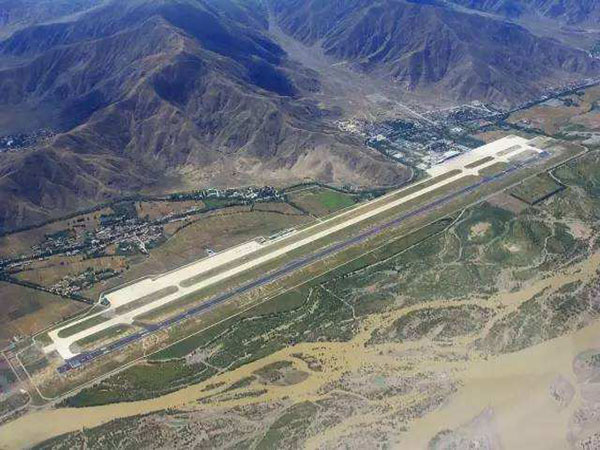 Nyingchi Mainling Airport is the airport in Tibet with the lowest altitude, about 2949 meters above sea level. It is located in Mainling, Nyingchi. The difficulty of flying here ranks No. 1 in China, and it's also the most difficult airport for aircrafts to reach in the world, because it lies in a winding valley. It is the third civil airport in Tibet. 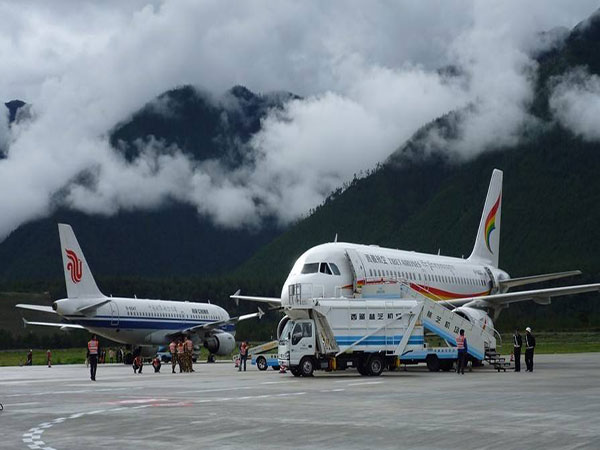 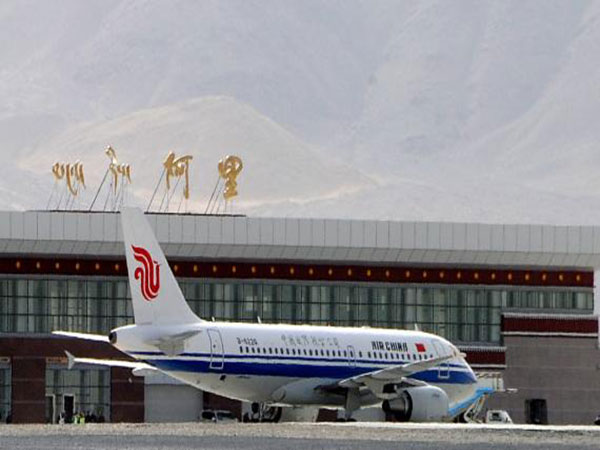 Shigatse Heping Airport, or Shigetse Peace Airport, is located in Jiangdang Village, 43 km away from Shigatse downtown. It is the fifth airport in Tibet, and with an altitude of 3782 meters above sea level, it is one of the highest airports in the world. 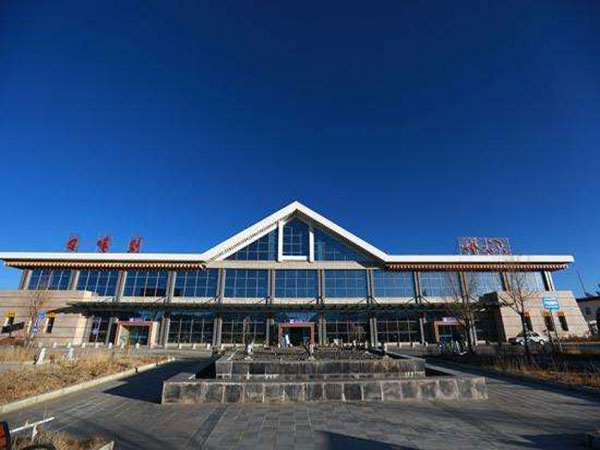