The Qingzang railway or Qinghai–Tibet Railway is a high-altitude railway that connects Xining, Qinghai Province, to Lhasa, Tibet Autonomous Region, in China.
The total length of Qingzang railway is 1,956 km. Construction of the 815km section between Xining, the capital city of Qinghai Province and Golmud was completed by 1984. The 1,142 km section between Golmud and Lhasa was inaugurated on 1 July 2006. The first two passenger trains were ‘Qing 1' (Q1) from Golmud to Lhasa, and ‘Zang 2' (J2) from Lhasa to Golmud.
This railway is the first to connect other provinces in China with the Tibet Autonomous Region, which is due to Tibet's altitude and terrain. Testing of the line and equipment started on 1 May 2006. Trains run from Beijing, Chengdu, Chongqing, Xining and Lanzhou. 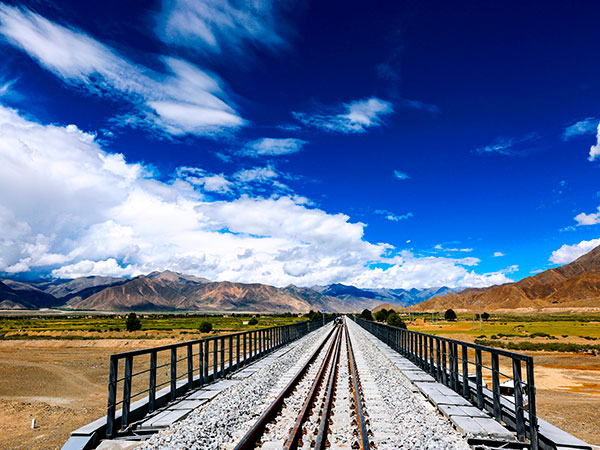