Scenery along the Qinghai-Tibet Railway

Since the opening of Qingzang Railway, the good views of the train windows have come to be known to many people in China and also around the world.

Because of the transporting duration of the train from Xining to Lhasa is around 21 hours now. The highlight scenery falls into the second day. Started on 22:50 from Xining Station, after a night on the train, you will arrive at Golumd Station around 08:00 a.m. And from Golmud, you may meet the highlights of this railway. 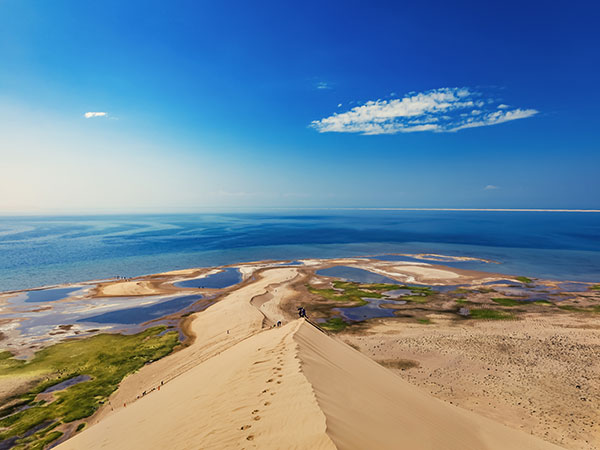 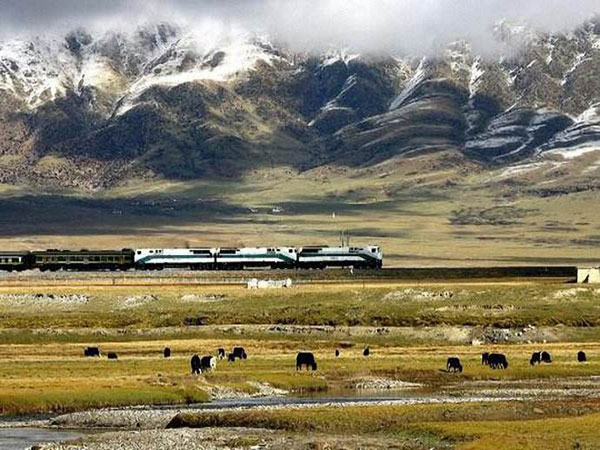 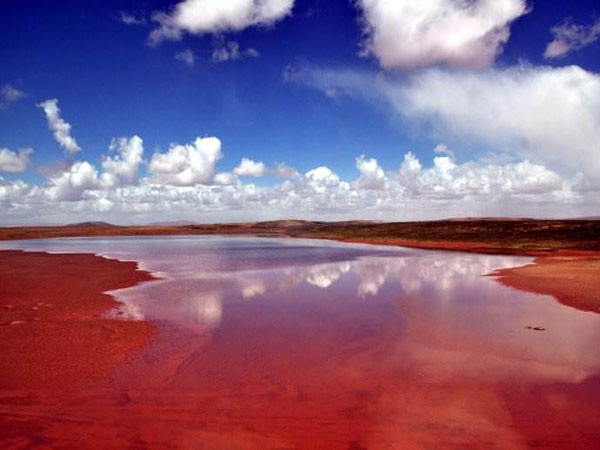 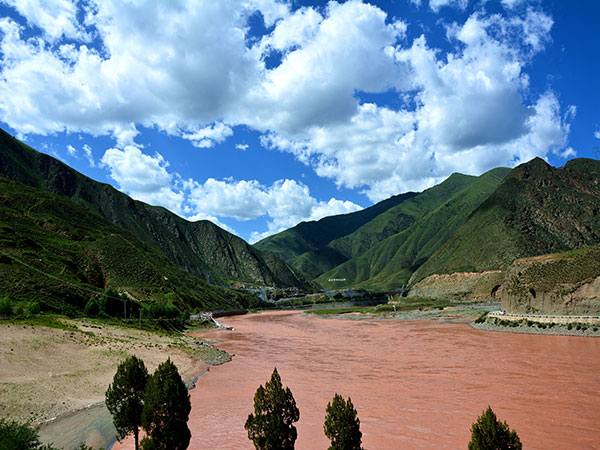 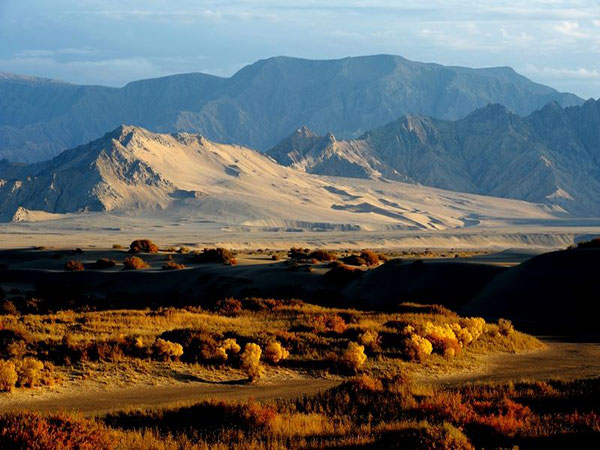 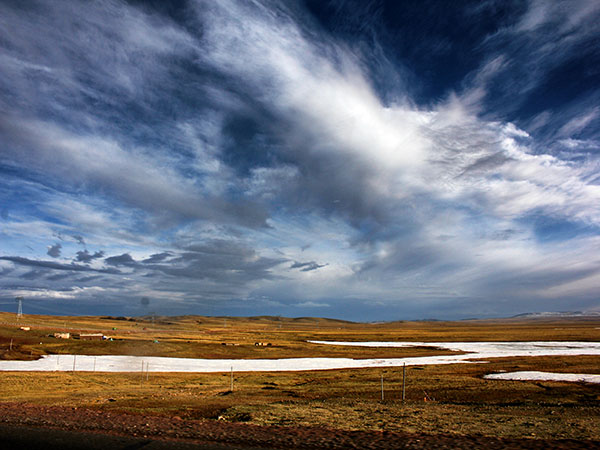 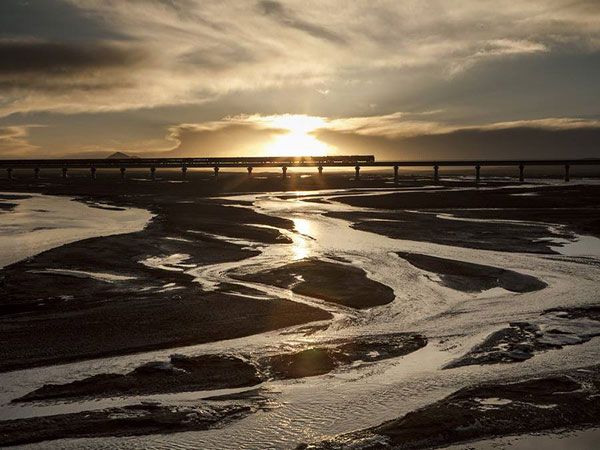 The train then runs deeper into Tanggula Mountains, stopping at Tanggula Station. With an altitude of 5,072m above sea level, it is the highest railway station in the world. The mountain is divided into eastern and western parts. The western part offers a cold, desert vista, while the eastern presents the views of shrub and grasslands. The pass is the natural boundary of Qinghai Province and Tibet Autonomous Region. The earth is under constant permafrost and the weather is unstable. Even in summer, the road here is often blocked by heavy snow. The oxygen content in the air is only 60% of that at sea level. Passengers will have some reaction to the high altitude at the site.

Tibet Part: Nagqu Grassland, Dangxiong, Yangbajing Tow
Departing from the Tanggula Mountain Pass , the train enters Tibet Autonomous Region. The first district you go through is Nagqu in the northern part of Tibet. Then there comes to the Northern Grassland. The summer scenery here is like a painting of blue sky, white clouds, rainbow, cows and sheep and green grass. 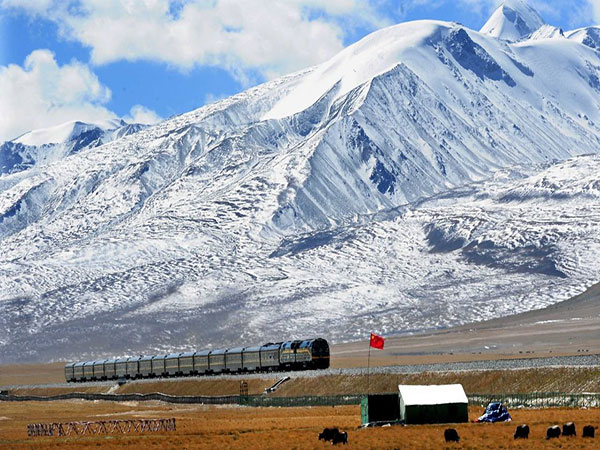 After Nagqu, the train comes to a vast piece of highland marsh. Here you can usually see scattered herdsmen huts, around which cows, sheep and horses are grazing. As more evidence of life appears along the line, the train approaches Dangxiong, the town located to the east of Namtso Lake. Dangxiong means 'the selected grasslands' in the Tibetan language. It is a busy place making you feel like you are in Lhasa. Then the train will cross the last mountain chain- Nyainqentanglha Mountains along the railway. At the west side of the railway, on the Dangxiong grasslands there are four peaks of more than 7,000-meter high. 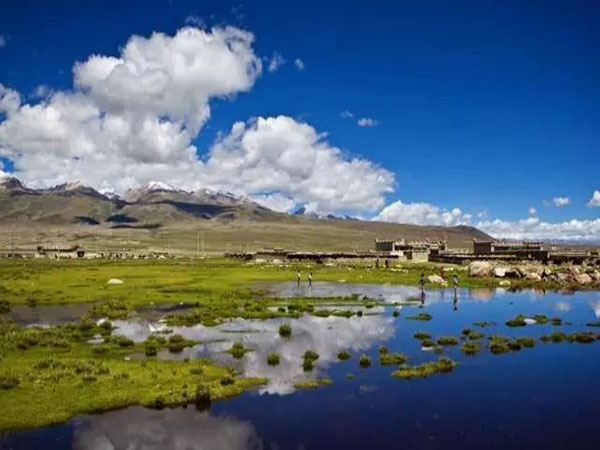 Yangbajing Town is the eighth station on the line. Passing an alpine area of gorges, the train approaches Duilongdeqing County. Trees start to reappear, mostly are Tibetan willow. Next, the Lhasa River appears and the train is getting closer and closer to the final destination - Lhasa. 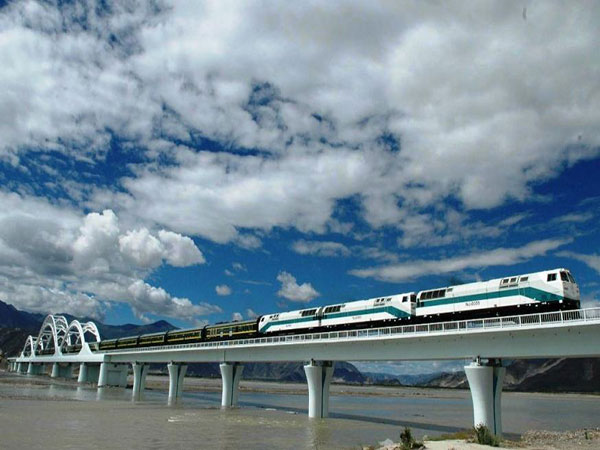 Lhasa is the final destination of the Qinghai-Tibet Railway. You may start your amazing Tibet trip from here. 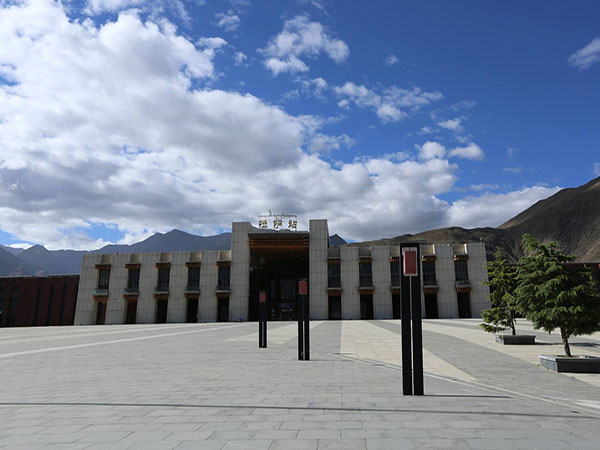