Take a train to Tibet is a fantastic way, because it is a chance to see the world’s highest railway on the plateau. See about the equipment of the cabin on Qinghai-Tibet Railway train in the following:

Technology of the Train

Oxygen Supplement on the Train

According to the oxygen condition on the highland, the train is equipped with oxygen supplement for passengers. One is functioned like the central control air condition, ensuring the whole train in an comfortable environment with an oxygen content above 80% level. The other way is equipped the oxygen supply on each seat/berth, ensuring each passenger’s need when he/she feels not very well in high altitude. 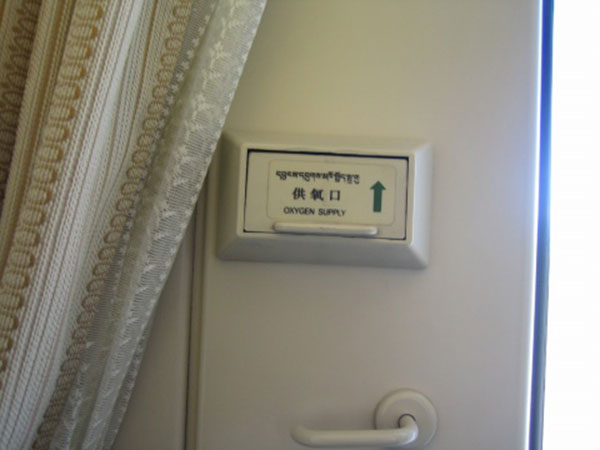 Each Train can serve for 936 passengers totally:
The windows on the train are large-size offering a good view for you to see the scenery along the way. 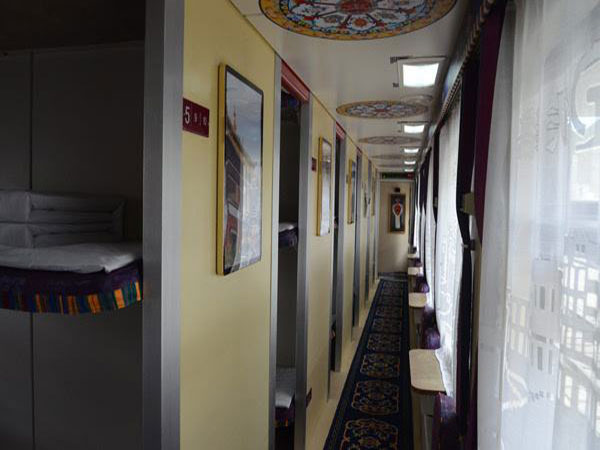 Each soft berth is equipped a mini television, slippery, etc. 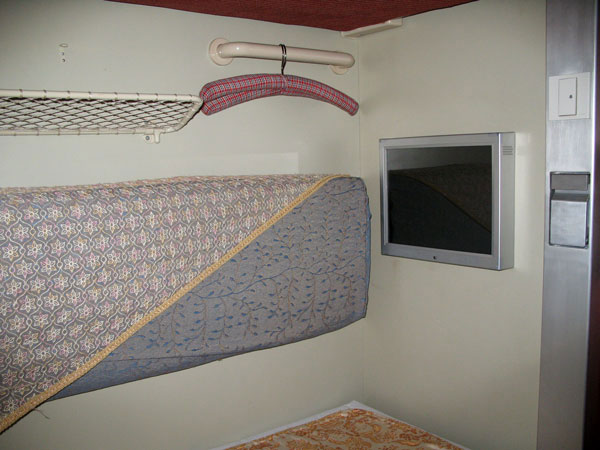 Washingroom on the train are available to use during the trip. 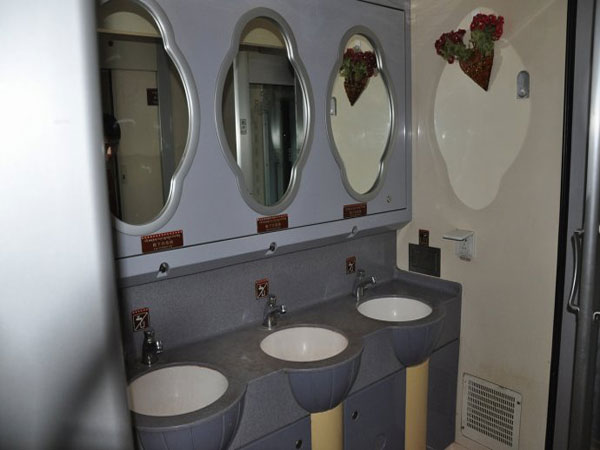 Tips for Taking Train to Tibet

1. For heart disease patients, suggest to give up Tibet travel according to the high altitude reaction.
2. Only soft berths are equiped with charging facility.
3. No worries about the oxygen supply on the train. But when get off the train, be careful for the high altitude sickness.
4. We suggest you to take some food when you take the train since it's really a long journey.
5. It is a no smoking train because of the oxygen supplement facility.
6. Follow the regulation on the train strictly, such as the hot water using, the rubbish dropping, the emergency regulation, the washroom using construction, etc.