Tibetan Empire, from 7th Century to 9th Century, was an ancient empire on Tibet Plateau. It lasted for more than 200 years, and it was the first regime in the history of Tibet.

The Foundation of Tibetan Empire

In the Sixth Century, the Yalong Tribe at Zedang in Shannan Prefecture had developed into slavery regime. At the early Seventh Century, Songtsen Gampo surrendered the ancient Qiang people – Shupi, located at southwest Qinghai and north Tibet, Yangtong at north Tibet. He moved the capital from Yiqian to Luoxie (Lhasa), and officially founded Tibetan Empire (Tibet: Tob, Chinese: Tubo).
According to the traditional Tibetan history, Songtsen Gampo was the 33th Tubo king, but as the Tibetan language had not created before his enthronement, it is hard to make sure whether the history of the Tubo king before him is correct.

In 629, the 13 years old Songtsen Gampo became btsan-po. He quelled rebellions and unified Tibet. He moved the capital to Luoxie, Lhasa today. Luoxie became the political, economical and cultural center of Tibet. He established political and military system from centre to local areas according to the central system and the system of government soldiers of Tang Dynasty. And for developing economy and polity, he began to use calendar, unified weights and measures, created Tibetan characters according to Keriya and Indian characters, and also made cruel laws. 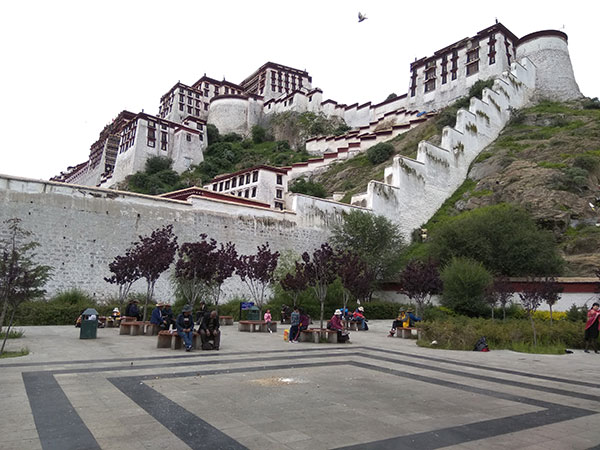 After Songtsen Gampo died, Tubo and Tang Dynasty fought for several times. In 670, Tubo invaded to the western regions. In 675, Tang controlled the western regions, and then from 687 to 689, Tubo controlled it again. In 692, General of Wuwei Army, Wang Xiaojie conquered Tubo and got the west regions back. Then small and big wars lasted for about 200 years. 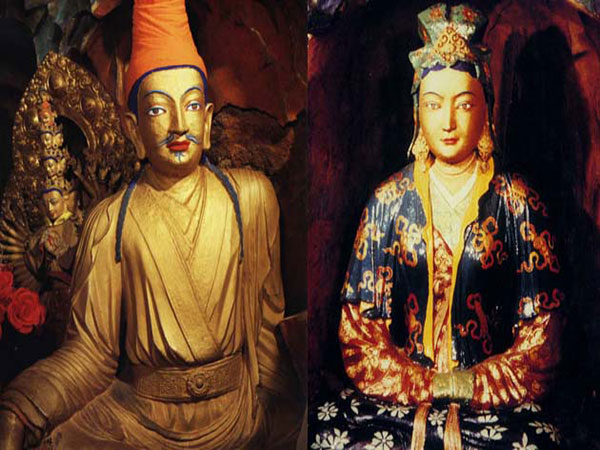 In 710, Princess Jincheng of Tang Dynasty married to the King of Tibetan Empire.
Along with the increasingly close relationship between Tubo and Tang Dynasty, lots of Han people entered Tibet and some Tubo nobles were sent to Chang'an to learn Han people's culture.

Frequent wars weakened the strength of Tibetan Empire. Entering the 9th Century, Tubo became weak and could not expand its land.
In 821, Tubo sent ambassadors to Chang'an to ask for alliance relationship. The ceremonies of alliance were held both in Chang'an and Luoxie.
In 823, Tang-Tubo Alliance Monument was built in Lhasa, and it still stands in front of Jokhang Temple today. It is the precious material evidence of the friendship between Han and Tibetan people.
During late Eighth Century, Tibetan Empire's internal contradictions of the ruling class had been increasingly intensified. Tubo divided, which brought greater disaster to Tibetan people.