Potala Palace, the symbol of Tibet, is the most outstanding architecture for visitor to touch the buildings in Tibet. Besides this one, those typical architectures which are colored in some bright colors will shock you immediately. From monasteries to residential buildings, from the monk’s overall to the laymen’s garments, even to furniture and knitting, all the colors are rich and vigorous. However, there’s no a better place to show such a magnificence of colors than the toilets on the Tibet Plateau.

Influenced by architectural culture of Chinese and Indian, Tibetan buildings give people extremely exotic feelings. And Tibet is an area melted the Buddhist culture every where, so the houses here also tell people the religious connotation of this region. The most unusual feature of Tibetan architecture is that many of the houses and monasteries are built on elevated, sunny sites facing the south, and are often made out a mixture of rocks, wood, cement and earth. Little fuel is available for heat or lighting, so flat roofs are built to conserve heat, and multiple windows are constructed to let in sunlight. Walls are usually sloped inwards at 10 degrees as a precaution against frequent earthquakes in the mountainous area. 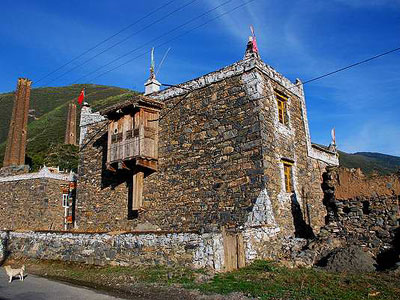 Tibet, a vast region, is dotted with various forms of folk residential buildings. These traditional Tibet houses in different regions present the traditional Tibet architecture features, eg, the Stone Houses at the valley of South Tibet, the tent in 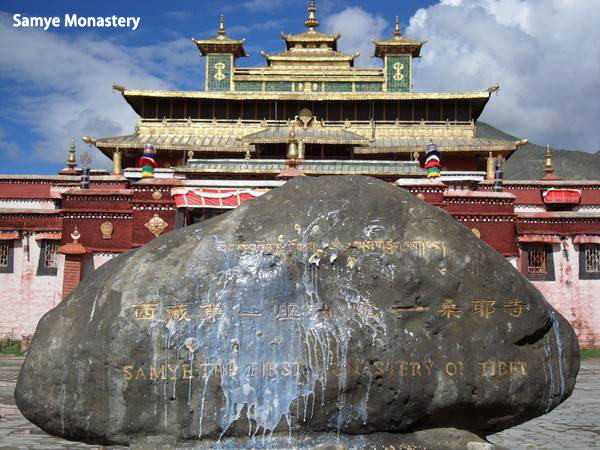 Tibet religious architectures fall into two main types: temples, which are used for religious ceremonies and worship; and stupas, which are reliquaries and symbols.   With the spread of Buddhism, Tibet monastery and temple architecture had d