China has a vast territory, and it has more than one type of climate due to different geographical zones. In China, there is tropical zone, subtropical zone, warm temperate zone, middle temperate zone, cold temperate zone and plateau zone. most regions in China are in subtropical zone, and parts of Guangdong, Taiwan and Yunnan and the all Hainan are tropical zone. Parts of Tibet, Qinghai, Sichuan and Xinjiang are in plateau zone. A small part of Inner Mongolia are in cold temperature zone. Its northern part is close to the frigid zone. Ice and snow can be found all the year round in some alpine regions. Here, we will give you a brief introduction of China climate and weather.

China is located in the eastern Asia, and faces the Pacific Ocean in the east and south. Due to geographic position, the eastern and southern China are influenced by monsoon, and have climates like tropical monsoon climate, subtropical monsoon climate and temperate monsoon climate. In the west of China, there are two types of climate, temperate continental climate and plateau climate and highland climate. Most regions are cold and dry in winter and have a warm and rainy climate in summer. Because of its varied topography and terrain conditions, its climate is complicated and diversified from region to region. For instance, there is a long winter but no summer in the northern part of Heilongjiang Province, while there is a long summer but no winter in Hainan Province. There are four distinct seasons in the Huaihe River valley. The weather in Yunnan is like the weather in spring all the year round. The climate in the hinterland of northwestern China varies greatly in winter and summer. In a summer day, it has a drastic fall in temperature, cold in morning and extremely hot in noon. The Qinghai-Tibet Plateau in the southwest has a highland climate with a low temperature throughout the year. Desert regions in Xinjiang has a temperate continental climate, with the weather of dryness and rainless throughout the year.

China's complex and varied climate results in a great variety of temperature belts, and dry and moist zones. In terms of temperature, the nation can be sectioned from south to north into equatorial, tropical, sub-tropical, warm-temperate, temperate, and cold-temperate zones; in terms of moisture, it can be sectioned from southeast to northwest into humid (32 percent of land area), semi-humid (15 percent), semi-arid (22 percent) and arid zones (31 percent). In summer, the whole China is in a hot, sweltering days, with little difference in temperature between the south and the north. In the regions with a monsoon climate, the warm and moist monsoon from oceans brings abundant rainfalls. While in regions in the northwest which are in an arid zone, it could be very dry, with few rainfalls.

Here are some details about climate in China.

Rainfall in China is basically regular in every year. In spatial distribution, rainfall is increasing from southeast to northwest, because the eastern seashores are more influenced by the summer monsoon than inland areas, which brings vapor and rainfall. In places with heavy rainfalls, like Huoshaoliao in Taipei, the average annual rainfall can reach over 6,000 mm. Rainy season is mainly from May to September. In some areas, especially in the dry northwest, changes in rainfall every year are greater than in the coastal area. Based on rainfall, the area divides into four parts: wet area, semi-wet area, semi-dry area and dry area.

Temperature Charts of Representative Cities in Each Zone

The following cities are representatives to let you know about the temperature situations in each part of China. 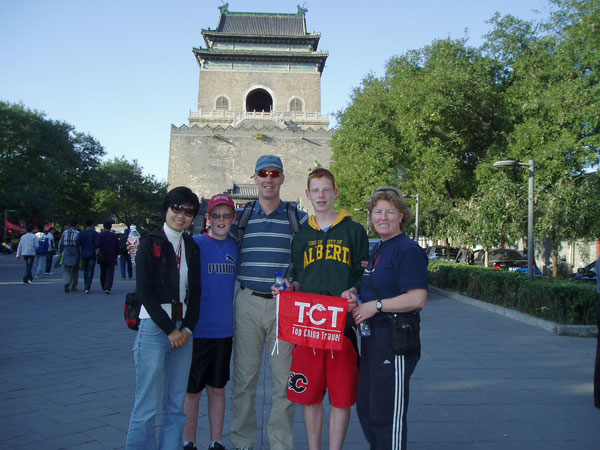 In a sunny day, you may go to almost all tour spots, which would give a happy experience. A sunny day is suitable for a tour to climb Mount Huashan, for one of the attractions is the beautiful sunrise. If you plan to go to places like Hainan to see ocean scenery and play on a beach, a sunny day is perfect for you. When it is a rainy day, the tour would be a disaster.  In a rainy day, you may have a tour in Zhangjiajie or Mount Huangshan, which will give a mist scenery like a wonderland, with things hidden from you, close but also far away. If you have a tour in a rainy day, you need to prepare umbrella or raincoat, and pay extra attention to your steps, because the road may be slippery.

13 Days from Li River to the Yangtze Tour
Hot