China has a huge population of over one billion, and it supports 21% of the world's population with 9% of the world's cultivable land. With a territory of about 9,634,057 square kilometers, Chinese people scatter and live every inches of this land. In China, an idiom says although Chinese people may eat the same kind of rice, they can grow up into different kinds of people finally. Due to geographic limitation and other reasons, China is inhabited with decades of nationalities. 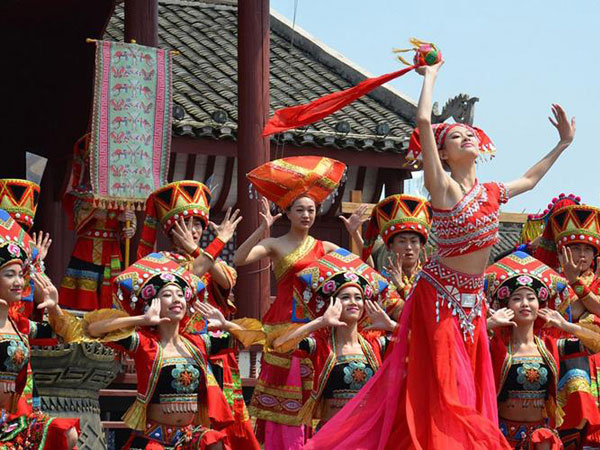 Before the implement of the one-child polity, every couple could have as many children as they want. As a result, China population entered in to a boom period, which brings demographic dividend to economic development. In a long time after opening to the world, labor-intensive industries are one of the main types to develop economy, like processing industry and textile and fashion industry. In 1980, Chinese mainland implemented a family planning policy or one-child polity due to population pressure and poor economy. According to the policy,  a couple should have only one child, if they have a second child, they are fined for a certain amount of money. But this policy is not strictly carried out in some regions, especial in rural areas and minority areas. For this policy, the growth of population has slowed.

In 2016, due to aging of population and shortage of labor, China mainland implemented a two-child policy, and specified  that a couple could have two children. To this policy, though people welcome it, they have different opinions. Some deem that they won’t have a second child, because of too much economic pressure from housing and education. Some think it’s very good news to them, and they will have a second child. 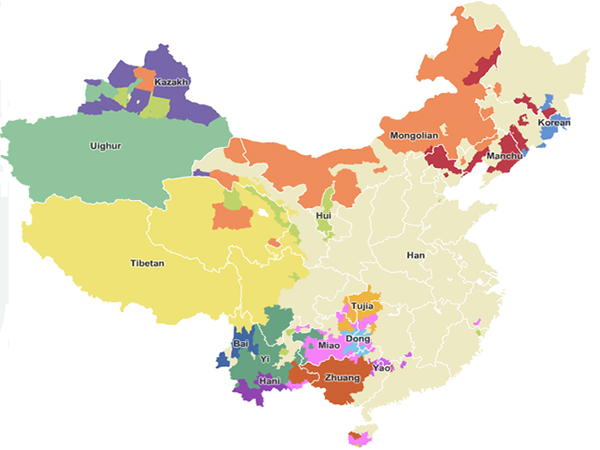 Of the people enumerated in the 31 provinces, autonomous regions and municipalities and servicemen of the mainland of China, 1,159.40 millions of people or 91.59 percent are of Han nationality, and 106.43 millions of people or 8.41 percent are of various ethnic minorities. Among all ethnic minorities, there are 18 ethnic groups with a population over one million respectively, and they are the Mongol, Hui, Tibetan, Ulghur, Miao, Zhuang, Dong, Yao, Bai, ect. The Zhuang nationality is the biggest ethnic minority with a population over 16 million. Some ethnic minorities have a population less than ten thousand. Learn more about Chinese ethnic groups festivals by transfer to the page Ethnic Group Festivals in China.

China is a unified multi-ethnic country. “some 56 ethnic groups have been identified and confirmed by the central government”. Full equality among ethnic groups. Full equality among ethnic groups is specified by the constitution law, and it is a cornerstone of ethnic policy in China. It tells that every ethnic groups has equal political status, legal economic, cultural and social equality, and they are equal before the law and enjoy the same rights and fulfill the same obligations. Second, ethnic minorities enjoy the rights to protect and develop their own cultures, including their spoken and written languages. For further information about ethnic policy in China, please click PRC State Council White Paper, China's Ethnic Policy And Common Prosperity And Development Of All Ethnic Groups, Sept. 27, 2009.

Enjoy respects in a very big family. This generation was mainly born in the Mao’s time, they may have several siblings and several daughters and sons. During holiday time, their daughters and sons would come back home  and stay with them to celebrate the holiday together in traditional ways.

Enjoy their retire life. Their retire life is supported  by the state welfare system and the gain pensions monthly for their daily expense. In the case that people are covered by the welfare system, their later life is supported by their families or by themselves. For most people,  their savings are rarely kept to themselves and used to travel the world, but  contribute to the purchase of their children’ s new house. In recent years, there is a growing number of people in 50-70s who are inclined to go to nursing homes and spend their later life there.

Major working force in China. They work hard and support their family, spending money mainly in children’s education, and car and house purchasing and planning to save enough money to have a higher quality of retire life. They have high requirements about their life and consider  social status, cars, houses, wealthy and luxury holiday aboard as  symbols for having a good life.

Single child generation. Creative, vigorous and dynamic. They value an interesting and fantastic life, like to travel and make friends with others. For job's need, they are armed themselves knowledge and various skills.

They are in a period of receiving education in schools and have fun with their families and friends. They may have another sibling due to the newly released two-child policy.