There are many videos posted on YouTube, like “Chinese way of driving is mad”, “Chinese people cannot drive”, etc. Watching those videos may give you some fun, but also a shock. For your notice about the real situation about China transportation and driving in China, I share this article to you. Every running system is made based on its current situation, and transportation in China is in the same way. Driving in China is a bit hard, given that China has the largest population in the world, and a large number of cars and drivers. 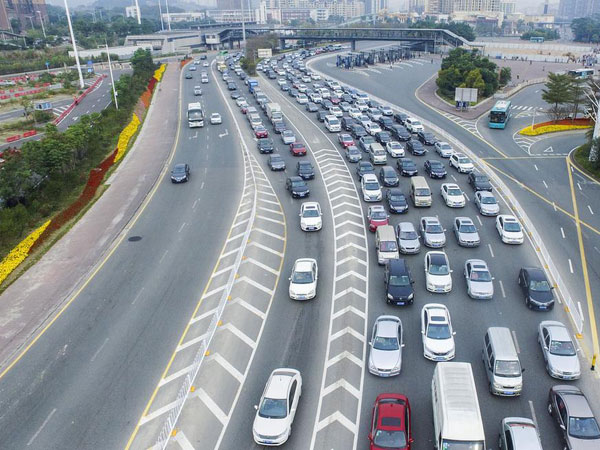 Law of The People's Republic of China on Road Traffic Safety is one of traffic laws and governs driving situation and driving behaviors, and it has the function as traffic laws in other countries. For driving, your car must well function, and have a vehicle license, and you must take an examination and get a driver's license.

In China, for driving, a dense road net is built and more roads are building. Roads are divided into national highway, provincial highway, county road, and township road, and they have another category, first-class road, secondary road, and tertiary road. The law has specified the speed of driving on those roads, and drivers should observe the law.
The law encourages good driving behaviors and punish bad driving.  But like any other countries, there are always some bad and impolite driving behaviors and unstable drivers. Some  drives at a fast speed that breaks the law. Often drivers with a good manner and law awareness tend to give way to those lunatic law breakers. Those driving phenomena are a common thing in all countries, but it may be a bit heavy in China, since China is so large and has so many vehicle drivers that the implementation of laws and regulations is not easy to reach a perfect level. “Chinese people cannot drive” is a misunderstand, but we have to admit that driving in China is a bit hard, and there are many law breaking drivers and lawless phenomenon.

Traffic law breaking phenomenon is affected by traffic situation, traffic infrastructure and people's law awareness. If you travel in China, you may see some law-breaking drivers and drivers with a road rage, which may be in a larger number in a big city of China. In a metropolis, you may often run into traffic jams, but you may see less impolite drives, because, such a city has convenient traffic infrastructure, strict regulation and people have a strong awareness about abidance by law. In those highly modernized metropolis cities like Beijing, Shanghai, Guangzhou, traffics are well-regulated and citizens also have more sense of being sophistication and polite. Whereas in less-developed places or less wealthy cities or regions, people are likely to drive in a selfish way and behave rudely and the law reinforcement doesn’t seem so inefficient.

Drivers in China must obtain a Chinese driving license. Your license is supposed to be carried for traffic police’s check. For a driving license, you need to take a strict examination, which consists of four theoretical and practical exams. International license is not valid in China. Foreigners with a current overseas license need to take a written test, English tests are only in larger cities and the pass rate is very low. Three of my foreigner friends who all speak fluently Chinese had taken the test and they all failed. One of them is Russian, the other two are English.

Drive on the Right  Side of the Road

A driver in China should drive on the right side of the road, and sit on the left side of a car, which are the same to the driving in most countries, like America and Canada, but different to that in Britain or Australia. 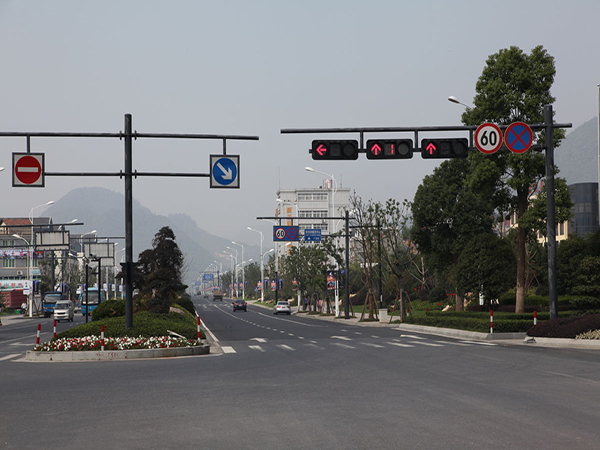 China applies a traffic lights system with green, red and yellow lights. Drivers stop for a red light, and wait for a yellow light, and proceed for a green light. In some crossings, besides traffic lights, there is second-counting for those lights, which is convenient for drivers. Along the road, many of the road signs and markings are set for driving, and most of them are similar to those in other countries. There are far less LED boards on motor-ways here in China than that in England but those fixed signs on China highways work perfectly fine here. 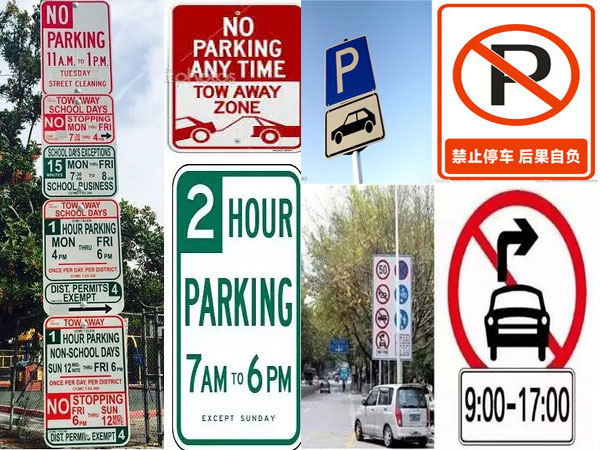 In England or America, the road signs can be sometimes confusing to a tourist. For instance, a parking lot in American could place five signs at the same time: Tow-Away School Days No Parking 11am to 1pm ; One Hour Free Parking No-School Days; Tuesday Street Cleaning No parking; No Stopping from Mon to Fri; Tow-Away School Days Mon-Fri. Those five signs may work perfectly and people who live in and familiar with that block are fine with them, but to a strange tourist whose mother tongue is not English, it may be a little confusing and would cost  one to two minutes for her or him to work out the indications. Whereas in China, the signs are simpler, if you see a “P” , you will know it means parking is allowed, if you see the “P” blocked by a slash, you will know it means no parking. In such a way,  it is much simpler to a tourist to read the indications.

Other Must-known Things about Driving

In different roads and different sections of a road, speed limitation is different, which is specified by traffic laws. Generally speaking, 60 km/h per hour is the common limit within second ring road area. On an  expressway,  the minimum speed is 60 km/h and the maximum speed limited is 120 km/h. On other roads,  driving should be controlled with the range of speed limitation.

For the identification of drunk driving, every country applies an identification rule. In China, if a driver has a blood alcohol concentration between 20mg\100ml to 80mg\100ml, the driving behavior is regarded as driving under Influence(DUI), and if his or her blood alcohol concentration is bigger than 80mg\100ml, his or her driving is regard as driving while impaired (DWI).

In China, drivers should give way to pedestrians and bikers. Public bus has a bus lane, other vehicles should not take it, and should not occupy parking places of public bus. In crossings, vehicles with  a straight proceed have a priority, compared to vehicles with a right or left turning.

All vehicles in China must be registered with a unique car plate and matched vehicle insurance. When a traffic police checks, failure  to provide any of those would bring an inevitable fine. Vehicle insurance is very important, especially when there is a car accident.

Being a Road User as Tourists in China


You should walk on the right hand side of the road on the pedestrian lanes and walk with cautions! When crossing a street or a road, you should pay extra attention to traffic situation, since some drivers don’t give way to pedestrian, and some are likely to pull in or cut corners or change to unexpected directions without flashing any signal lights in advance. And you should also be cautious about biker, which may appear all of a sudden. 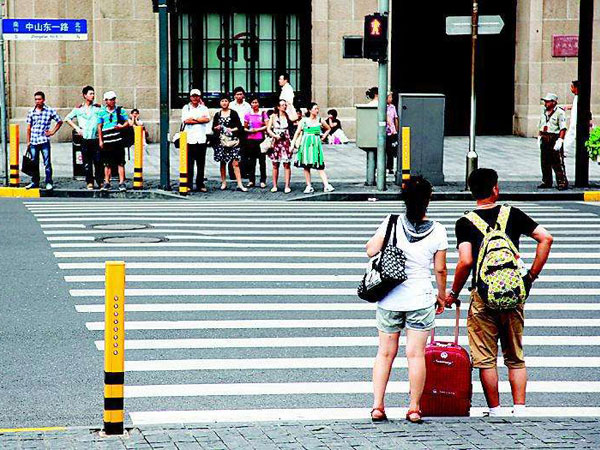 Though vehicles are supposed to give priority to pedestrians on the road especially at crossings, it would not happen with one hundred percent assurance as the law requires, and some drivers would not stop to proceed when the red light is on. In China, there is a special traffic phenomenon: pedestrians may amass on a sidewalk and cross together, which is a  danger, but things are improving. For your own safety, you should follow the traffic rules.

Cycling on Streets in China 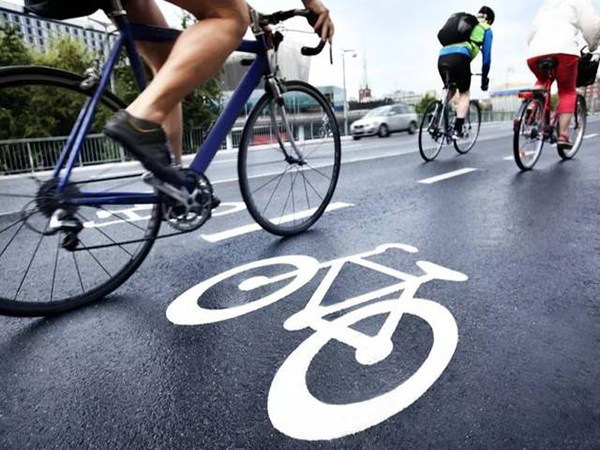 Chinese roads often have cycle lanes with a cycle mark, either separated from the  vehicle lanes by a solid white line, or by a plant zone. Cyclists should use cycle lanes or non-motor vehicle lanes, with cautions as sometimes vehicles would merge to cycle lanes simply to avoid being jammed on their lanes. Be careful when you are passing crossings, as it is not often that the car user would give way when they are allowed to go by signal indications.

Deal with Traffic Accidents in China

If it is a minor accident with no serious personal injury and all parties agree to settle in private, thus parties could make compensation settled without police intervention.

If the accident is serious and requires help from traffic police, related parties may dial 122 for traffic police and stay at the scene and protect the original accident scene until police arrive. If someone requires a rescue, you could call 120 for an ambulance and mark the position of anything that is moved for later police investigations.