Public Safety and Security in China

China is one of the safest countries, with a low capital crime rate in the world. Though China has a large population of over one billion, it is much safer than most countries. China may not be the richest or the most beautiful country in the world, but it is definitely among those safest countries to travel in the world. If you will have a trip in China, safety is not a thing on the list of things to worry about. If you are still worried about this, you may check information and data about crime rate, and situations about safety in China, which should give you a relief, or you may ask your friends or others who have been to China. Moreover, you may ask questions or read answers about how safe China is on websites or social media, like QUORA, and you will know China is a safe country to visit.


In China, night life is a big part of people’s living, and they usually hang out in nights for a meal or for recreation. It is safe for someone to hang out, even in nights: no robbery, and no fun fire. Most foreigners learn about safety in China like this through internet,  but the information source may be limited and those information is filtered by relevant organizations, which filter information and only show people what they define as proper. For relieving you worries,  we list  several accepted facts to explain why we say China is a safe place to live, work, and of course travel. 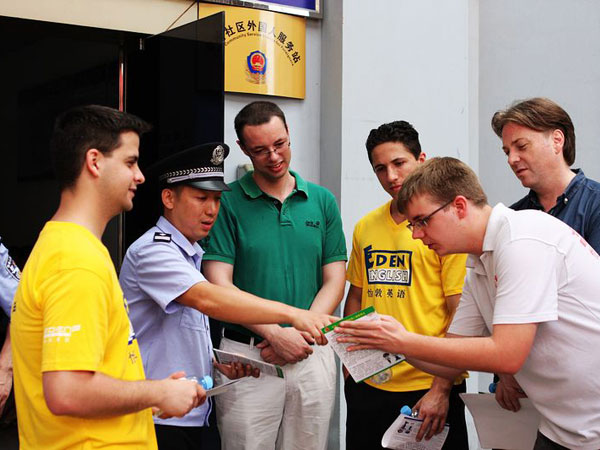 
Strict security check is a must in the entrance of subways, railway stations and airports. For taking  subway, some things which may put people' s life at danger are not allowed to bring by passengers, like the flammables and combustibles. Special machine is used to check liquid. For taking a long-distance bus, a train, or a flight, passengers should present their identification card to buy a ticket, based on real name.

Purchasing guns and weapons or any kind of materials and sections that can be later assembled into a weapon as an individual is against laws in China. Guns and weapons making by individuals or companies is not allowed, and guns and weapons shall be made only by the government. Smuggling and using  of guns and weapon are also against laws, which shall be punished harshly. For these, there is no chance that in China, you could meet any individuals who carry guns as a self-defense weapon, and see individuals don’t have guns in their house for danger situations. Therefore, the rate of massive gun shooting in China is much lower than that in other countries, and  there is almost no gun suicide because individuals have no access to gun.  Since there is a tiny chance that any possible lunatics passing by you may hold a gun in his\her pocket, there is a little chance that you get shot or hurt by any gun conflicts on the street.


If you see police in streets, you may find that police don’t carry guns in most situations. There is a specific law about police’ carrying and using of guns, and it specifies the situations police may carry or use guns, and how police carry or use guns. Chinese police who are supposed to wear guns would only carry  guns at certain necessary missions. Before the missions, police should make an application to the superior for using of gun and the number of bullets, which will be recorded. If a policeman uses a gun and shoots, he shall report the time, place  of using a gun, injury caused, and other information.

Foreigners' entry into China is strictly controlled, and only those with legal documents can enter China and live in China. There is almost no refugees from other countries making troubles on the streets as China keeps peace with neighboring countries, which are not in a war times. There is almost no war zone near China’s boundaries and no refugees trying to across the boundaries into China. Generally speaking, China is a developing country, and doesn’t have conditions to receive refugees. But peace is what it hopes and does for, China doesn't have wars with other countries, and acts with the Five Principles of peaceful coexistence. China with a population of over one billion is struggling to develop its economy and fighting for its people’s benefits. In China mainland, through immigration control, the proportion of foreigners is still pretty low. Conflicts between different races, and different countries rarely take place.

Apart from little gun shots and little refugee conflicts, , it is also little radical protests in China. China carries strict regulations about protests: if a protest is to be paraded on streets, it should be approved by police agency in advance. When China was in a bad relation with Japan, there were protests against Japanese merchandises, which was under the control of police. If there are any conflicts between employers and employees or between individuals and banks or citizens between governments, they would mainly be settled down and negotiated under roof in a less aggressive way. Because playing tai-chi and achieving a win-win situation are a more of a Chinese way of doing things than aggressive protests. 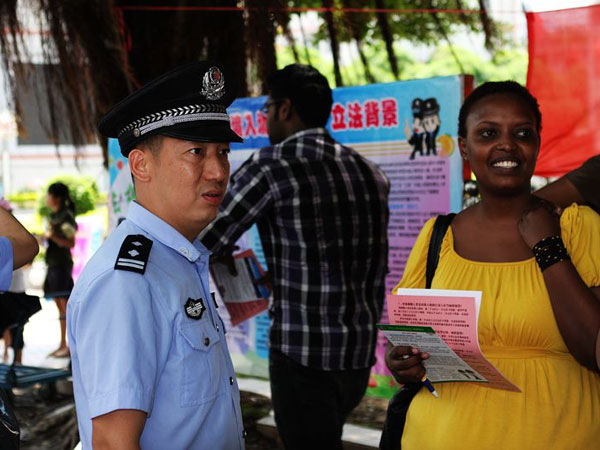 Safety Cases Related with Foreigners  in China are Efficiently Dealt With

Since China has carried out the open and reform policy in 1970s, many things and huge differences had took place in modern China. The previous image that Chinese police were lethargic in their response to crime reporting especially when dealing with foreigners who do not speak Chinese, has been changed a lot. Nowadays, many major cities in China and those public police stations near famous tour sites have special English service as an effective support in dealing with foreign cases and many police are fluent with English. With an effective response in every aspects and professional modern devices and well-functioning governments system, polices carry out their work to help help-seekers at the second they receive cases, and solve cases efficiently. If there is a case involving foreigners, police would put more attention to it and solve it as soon as possible. In the event that a foreigner’s rights and interests are  infringed, a harsh sentence will be made to the criminal.

Unlike American cops who seem to do “all kinds of jobs”, China has several types of police,  classified according to their duties. They are security police, criminal police, armed police and Special police. Security police are the police you are seeking for obtaining assistances in most of crime cases in China. They wear light blue uniforms, and their main responsibilities are: patrol, mediate relevant parties in normal civil disputes and keep social safety. Criminal police help as well but they only deal with cases of murder and human trafficking crimes. Armed police wear green uniforms, and they are controlled by the Central Military Commission of the People’s Republic of China, different from the other three which belong to the Ministry of Public Security. Armed police take missions like fire fighting and saving lives from diasters like earthquake and flood. Special Police wears black uniforms and often armed with advanced weapons, and deal with incidents like riot and terrorism. Sometimes they patrol on streets for  sensitive and important situations.


Besides the above types, there is another kind of “police” called “Chengguan” in Chinese, who are responsible for social order, hygiene, cleanliness, etc, and punishing companies or individuals for their misdoings in some aspects like illegal building. They are somewhat like “inspectors .

Chinese are Peace-loving  and Have Great Hospitality to Foreigners

It is only after you have travelled in China or arrived China that you will surprisingly learn that Chinese people are more friendly and hospitable than you thought they might be. Chinese people are peace-loving, and glad to make friends with foreigners regardless of countries, races and sexuality. Today, Chinese people are no longer what they were at 50 or even 20 years ago, and Chinese especially younger generations have learned English which is a compulsory course since primary school. The youth would be happy to have a chat with you, giving you information you need, and knowing things about you and your country, which is also a chance for them to practice their oral English. And the elder people would be glad to show you their hospitalities, even they can’t understand English. On overall level, Chinese are the same like all the other peace-loving nations and people here are mainly lovely persons.

Staying Alert is Always a Golden Rule in Travelling

It is unlikely that you would get involved in a security crime and it is  safe for to walk on streets at night in China. But as a foreigner travelling in another country, you should never be too careful to stay alert, which is agreed by many experienced travelers. In China, there is a big background of personal safety, but it still has small crimes involving in property safety, like  pocket-picking. In term of safety, pocket-picking may be the most possible thing foreigners may face. Though most Chinese are friendly and love to help, there are some bad guys. Therefore, watch you property and be careful. 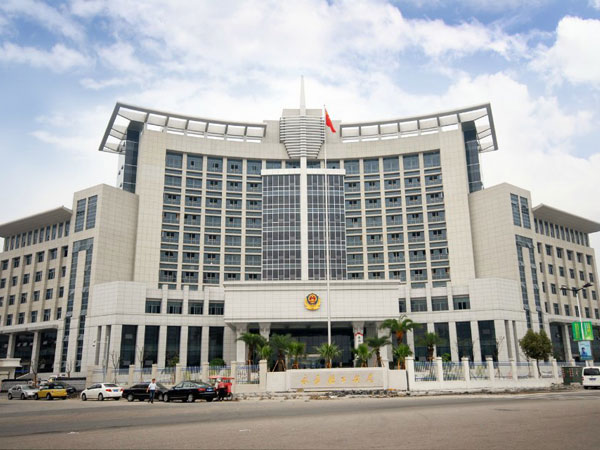 Getting Help If You Get Involved in Any Crimes in China

The emergency number of crime in China is 110.

the Ministry of Public Security of the People's Republic of China ) is the place you should seek for help, ant it has offices in every city and every districts and its offices are called Pubic Security Bureau.

If you find that your safety is in danger, or other people's safety is in danger, you may ask you tour guide for help, or turn to staff in tour spots or in hotels or in restaurant. Or you may call 110 which contacts you with security police. For this emergency number,  you don't need to add any area codes, and it automatically locates your position and contacts security police at the nearest place. If you are hurt and need medical treatment, you may call 120 for emergency treatment, and medical staff from a public hospital will come for help.