The cradles of Chinese civilization is the well-known Yellow River as well as Yangtze River. The footprint of Chinese people along these two rivers shows the valuable history of this aged country. Thousands of years ago, countries are built and people take up agricultural production, and begin to receive education. Since then, China has an opening atmosphere for philosophy, and creates a thriving culture, and people creates lots of legends and tales.

There are several popular legends about Pangu, Nv wa, Houyi, which are about the creation of the world. Pangu is the earliest ancestor of Chinese people, taken as the creator of the universe, and a succession of legendary sage-emperors and culture heroes (among them are Huang Di, Yao, and Shun) who teaches the ancient Chinese to communicate and to find sustenance, clothing, and shelter.  Nv wa is the creator of human, and Houyi shoots eight sun and leaves one sun in the world. Lots of legendary people are created and those legends about them are a culture to China.

The history of China has been divided into several phases according political system: primitive society, feudal society, and modern society 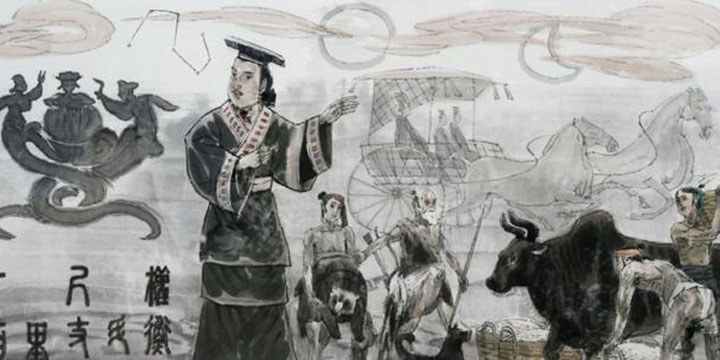 According to historic records, in this phase, countries has been built, and systems has been made in every fields like politics, agriculture production,  and education.  Still in this phase, China is not a united countriy, but it is governed by several small countries. Most countries are mainly founded in the center and north of China, centering Hunan province. Those countries build the foundation of China in fields like agriculture, and political reform. In such a phase with over two thousand years, there are three important dynasties and two eventful periods.

Xia: Xia Dynasty is the first prehistoric dynasty applying hereditary system, existed in about the twenty-first century B.C to the sixteenth century B.C. Information about this dynasty comes from historic records, tales, and unearthed items. Since it is in the most early period, tales and myths are mixed with history, and it is difficult to separate myths from reality in regard to the Xia. Xia period marks an evolutionary stage between the late neolithic cultures and the typical Chinese urban civilization of the Shang dynasty. In this dynasty, people use stone tools to take up production, and also create written characters, which is one of the most important things to China development.

Shang: Shang Dynasty is the dynasty after the downfall of Xia Dynasty, and in the period from about 1600 B.C . to 1046 B.C. It is built by Shangtang who overthrows the ruling of Xia Dynasty.  In this dynasty, written letters evolve into “jiaguwen” and “jinwen”, which are used to record its history. “Jiaguwen” is inscriptions on bones and tortoise shells. Moreover, the craft of making bronze wares is more mature than that in the Xia Dynasty. Those unearthed bronze wares have beautiful decorations, and the most well known one is simuwu ding, which is a representative work of bronze ware culture. Except bronze ware, people makes other vessels for daily life, like pottery and drinking vessel. 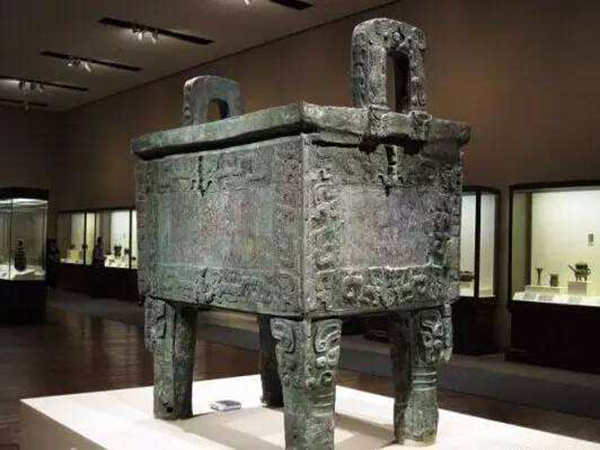 Zhou: The Zhou Dynasty is in the period from 1046 B.C. TO 256 B.C., and divided into two times, the Western Zhou Dynasty and the Easter Zhou Dynasty.  In this dynasty, the society has developed to a higher place.

The Spring and Autumn Period is from 770 B.C. to 476 B.C. and the Warring States Period is from 453 B.C to 221 B.C. This two periods are overlapped with the Zhou Dynasty, and under the ruling of the  Zhou Dynasty, there are small countries ruled by kings under the control of the Emperor of the Zhou Dynasty. Because of this, an opening atmosphere for culture and politics development is formed, and enormous philosophy and wisdom are created, and over ten schools of philosophy are founded by philosophers and thinkers. Great philosophers like Confucius and Laozi have created their own philosophy. The great military book, the Art of War is created in this period, and the wars between subordinated countries in this two periods may be one of the factors in its creation. Other famous works are like The Analects of Confucius, and the Classic of Poetry. 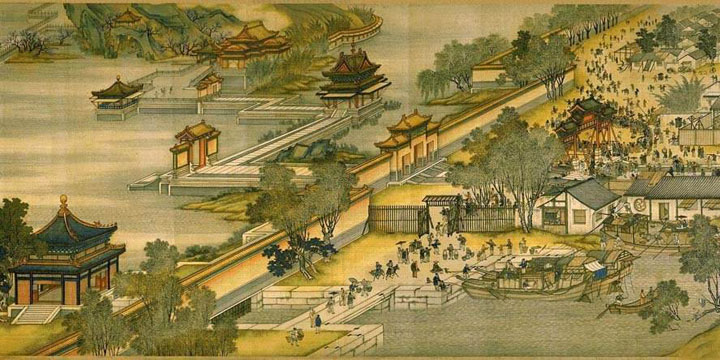 The feudal society phase is from 221 B.C. to 1912 A.D., and  dozens of dynasties are found, and it shapes China’s economy, politics, education, etc.  In this phase, China has its heyday at the Tang Dynasty and Yuan Dynasty, and has its tough times in the end of the Qing Dynasty.

Qin: Qin Dynasty is a landmark in China history, and it is the first feudal dynasty. It unites the whole country from the south, Guangxi and Guangdong to the north for the first time, which has great meanings in politics, and implement unified systems. It applies a series of systems in agriculture, military, economic, politics and culture, and improves people’s living standard and the civilization level of the whole country. In this dynasty, people have  a unified written style, xiaozhuan or seal script, a unified measure system in weight and length.

Han: With the famous emperor Liu Bang as its founder by in 206 B.C., the Han Dynasty is the first dynasty to embrace the philosophy of Confucianism, which becomes the ideological underpinning of all regimes until the end of imperial China.

Three Kingdoms Period: This is a period of civil wars. Three kingdoms are Wei, Shu, Wu which have overlapping reigns during the period from 220 A.D. -280 A.D.). Although this confrontation of this three kingdoms ends with the foundation of a new dynasty Jin.

Sui: The Sui Dynasty( 581 A.D. to 618 A.D.)unites China together again and sets up many institutions that are adopted by its successors, and also formulates the imperial examination system used for over one thousand years. The Grand Canal from Beijing to Hangzhou is built at this dynasty, which is a great water project, and has significances in military, economics and agriculture. 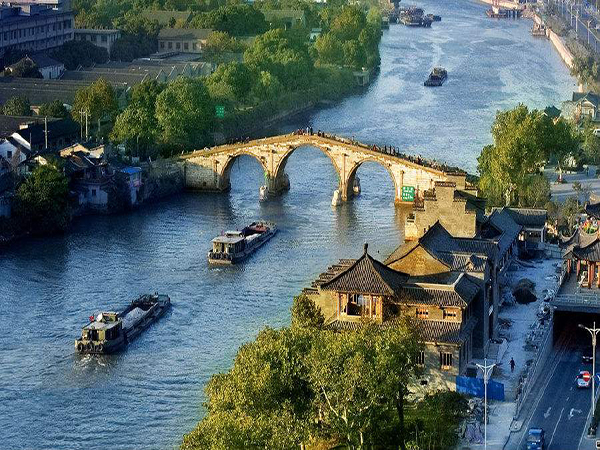 Tang: The Tang Dynasty ( 618 A.D. to 907 A.D.) is the most prosperous period and the culture in this time has a significant influence to the modern China. Buddhism becomes the predominant religion and is  adopted by the imperial family and believed by many of the common people. The trade in Tang Dynasty helps this ancient country develop into a necessary country not only in the Asia but also in the world. The ancient city Xi’an has many tour spots telling glories and stories  about this dynasty.

Song: In the Song Dynasty( 907 A.D. to 1279 A.D.), Kaifeng becomes the capital and the center of the country. The economy in this time still keep prosperous since the Tang Dynasty. In this dynasty, copper cash is adopted, and it is easy to carry. Marine trading is in prosperity, and it has trading business with decades of countries and set up many business ports in the South China.

Yuan: The Yuan Dynasty( 1271 A.D. to 1368 A.D.) is founded by a Mongolian Genghis Khan, the famous Emperor not only in China, but also all over the world. It is also the first dynasty created by the Chinese ethnic groups. In this dynasty, the territory of China is in a great expansion, but its ruling makes many conflicts to ethnic groups.

Ming: Throughout the Yuan Dynasty, which lasts less than a century, there is a relatively strong sentiment among the populace against the Mongol rule. The frequent natural disasters since the 1340s finally accelerate peasant revolts. The Yuan Dynasty is eventually overthrown by the Ming Dynasty( 1368 A.D. to 1644 A.D.) in 1368. The first Emperor of the Ming Dynasty is Zhu Yuanzhan, who reforms the politic system for the benefit of the royal family. His son, Zhu Di moved the capital from Nanjing to Beijing, and built the Forbidden city.

Qing: the Qing Dynasty( 1644 A.D. to 1912 A.D.) is the last Chinese dynasty in history. It is also a mark of the beginning of modern China. The Qing Dynasty is established by the Manchu People (Nuzhen People). Within about 268 years, it is ruled by 11 emperors including Kangxi, Yongzheng and Qianlong who are very famous for their political policies. In the late period of this dynasty, China is invaded by foreign countries, and has a very tough time. 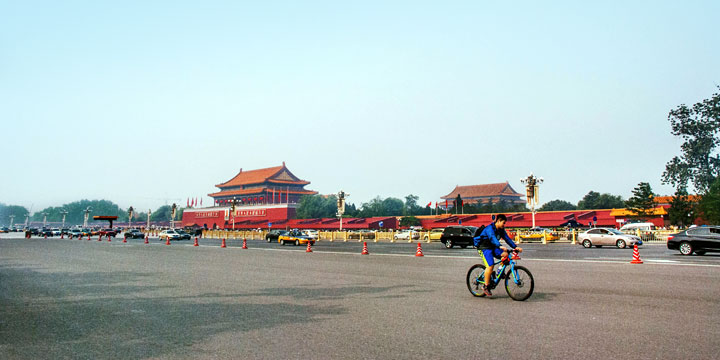 Republic of China: Since the Opium War in 1840, China experiences a history tougher than any time in the past. During these days, the famous leader, Sun Yet-sen strands on the historic stage. Other historical figures such as Yuan Shikai and Chiang Kai Shek also influence the Republic of China deeply. Sun Yet-sen leads people to overthrow the ruling of the Qing Dynasty, and establishes the Republic of China in 1912. But it doesn’t end the oppression from foreign countries, and China is still in a war time and people live in a misery.

People's Republic of China: Mao Zedong leads Chinese people to overthrow the Republic of China, and  founds the People’s Republic of China in 1949, and sets up a series of system in politics, economics, etc., which builds a good foundation for the modern China. Because of its great influence in the Second World War, China becomes a permanent member of the United Nations security council. Since its establishment, China has put great efforts in developing its economic, and opens to the world in 1978, and enters into WTO in 2001.

Nowadays: With the hard work of over one billion of Chinese people, China has grown into a strong countries in economic, social, industrial, technology as well as agricultural aspects. China is the second largest economy, and has great achievements in aerospace industry.