During Xia, Shang and Zhou dynasties (BC 2070-BC 256), it was the infancy period of Chinese traditional furniture. It is known from the historical documents that Chinese had furniture before the Shang Dynasty: couch, seats and cabinet. When it came to the Shang Dynasty, lacquer painting technique was also applied to furniture decoration, also embedded ivory, pine and other materials.

During the Spring and Autumn period and the Warring States Period (BC 770-BC 221), it was the birth time of the short and low style furniture. Luban, called the father of craftsmen in china, lives at this time. Due to the progress of metallurgical technology, the improvement of iron making technology has brought great changes to the processing of wood processing. There are abundant processing instruments and tools, such as iron saws, axes, drills, chisels and shovels, which bring convenient conditions for the manufacture of furniture. According to legend, saw was invented by Luban, and the improvement of technology also promoted the improvement of furniture.

During Wei, Jin and Northern and Southern Dynasties (BC 220-BC 386), high shape furniture appeared. From the time of the Western Jin Dynasty, the etiquette of sitting low was gradually fading, people started to sit like how we sit like today, so chairs were invented and popular. And also because the Buddhist had came to China, lotus flower were used as decoration patterns at that time were found.

The Sui and Tang Dynasties and the Five Dynasties( 581-979), the high form furniture coexisted with the development of the low form furniture. The real period of prosperity was in the Tang Dynasty. Tang Dynasty showed its characteristics of thick, plump, broad and stable. The weight and momentum were large, but there was a lack of change in technology and variety. The furniture used by the aristocrats is relatively rich, especially in decoration. The furniture in this period had complicated carving and painted with flowers and patterns. In addition to the Dunhuang murals in the Tang Dynasty, we can see the piers, the lotus flower seats and the Chinese landscape paintings. There are not many changes in the bed type. It is dominated by box type beds, rack screens, terrace beds and independent couches. From the late Tang Dynasty to the five generation, the scholar officials and the famous men and men were in the fashion of pursuing luxurious and extravagant life. Many great social activities were recorded by the masters of painting, which provided us with very reliable image data for studying and investigating people's living environment at that time.

During the Song Dynasties (960-1279), the high and low furniture is more and more complex becoming into highly valued art crafts. The furniture of the Song Dynasty drew on the beam frame structure of the building instead of carving and decorating it in large area.

The characteristics of Chinese furniture in the past dynasties are not only through the evolution of the historical period, but also in the numerous existing furniture of Ming and Qing Dynasties, which reflect the exquisite technological value, the high artistic appreciation value and the heavy historical and cultural value. This makes furniture one of the cultural heritages that the Chinese nation should be proud of and cherished. 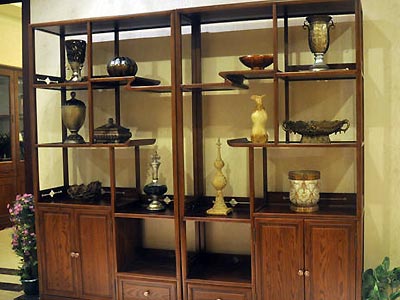 Cabinets in the China’s history are mainly used to store things in daily life, just as the same function of wardrobe at present. A Chinese antique cabinet or hutch is a piece of furniture resembling a cupboard, with doors, s... 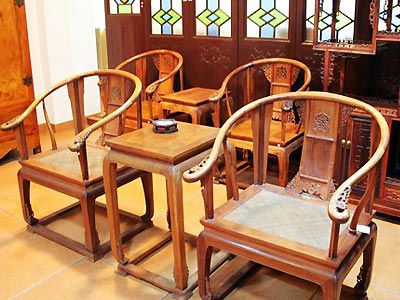 The antique furniture of China was in its peak time during the Ming Dynasty. The stable society ensured the well development in agriculture and handicraft industry. In the late Min Dynasty, the rich commodities and multi-way trade... 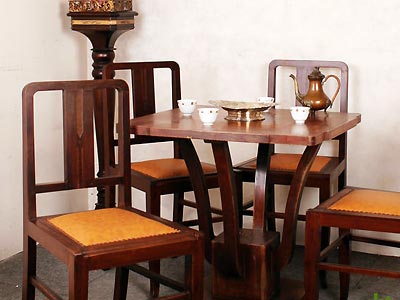 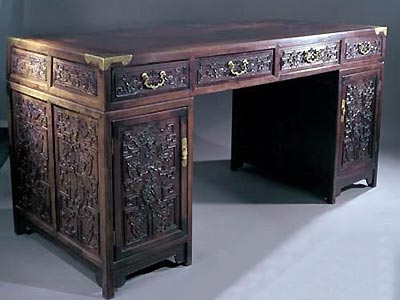 Qing Dynasty furniture occupies an important place in Chinese furniture, and is various in texture, styles and schools. It emerged in the early Qing Dynasty (1644-1912) duringthe region of Emperor Kangxi, and developed in the reig... 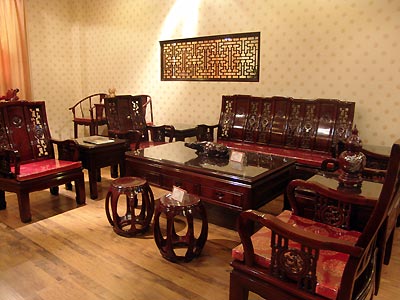 Chinese Rosewood Furniture originally emerged in Ming Dynasty. The major shape of rosewood furniture is the symmetrical structure. Without any additional color technique, rosewood is elegant with its natural red color. Major techn...