The Longest Rivers in China

The Longest Rivers in China would like to introduce 10 of the major Rivers in China that listed by length. They are also the most famous and important rivers of this country that have made great contributions to the country on economic or travel interests. Come with us, to experience the magic power of the Yangtze and the other grand rivers. 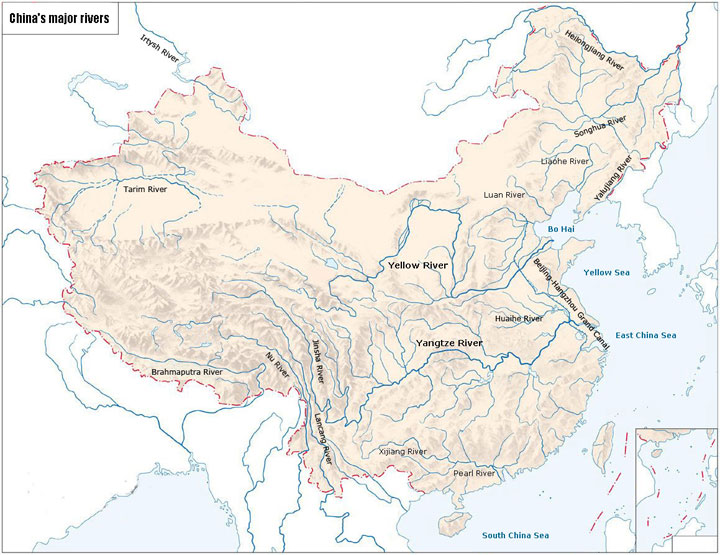 Yangtze River is (Simplified Chinese: 长江，pinyin: Cháng jiāng) the largest and longest river in China, even in Asia. About 6,380 kilometres long, the mighty Yangtze is the largest and longest river in China, surpassed only by the Nile of Africa and the Amazon of South America.It originates from the Tuotuo River on the southwestern side of the snow-draped Geladandong, flowing from west to east through 9 provinces and city of Shanghai, finally running into the East China Sea. With superb natural scenery and profound historical accumulations, Yangtze River is also a main tourist attraction in China, where you can appreciate the magnificent Three Gorges and mighty Three Gorges Dam, etc. 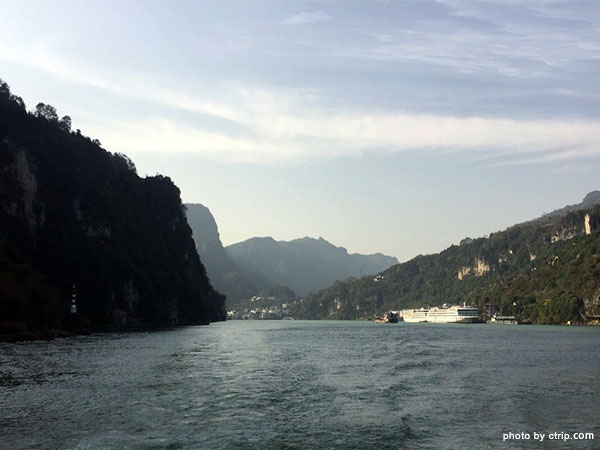 Yellow River (simplified Chinese: 黄河, pinyin: Huáng Hé) is the second longest river of China with a total length of 5,464 km. It originates from Kariqu Stream on the northern side of Bayan Har Mountans in Qinghai-Tibet Plateau, flowing from west to east and finally pouring into Bohai Sea. It is "the cradle of Chinese civilization" as its basin, specifically, the Wei valley that cuts across the long Ordos loop, was the birthplace of ancient Chinese civilizations and the most prosperous region in early Chinese history.As running through the Loess Plateau in the middle journey and carrying much sand and dust, it then becomes the river with highest sediment concentration on earth. But on the other hand, the unique scenery of the Loess Plateau is extremely attractive. 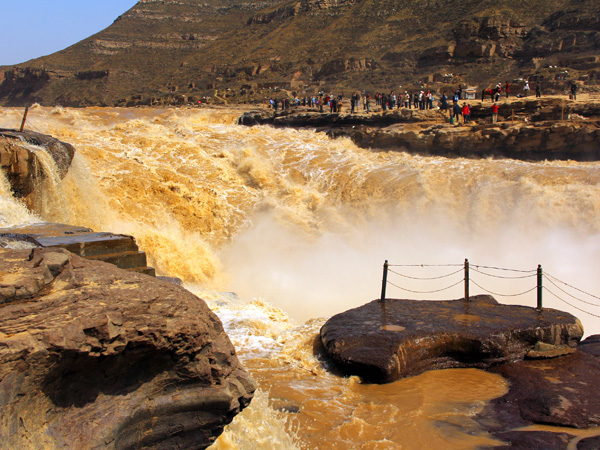 Heilongjiang River (simplified Chinese: 黑龙江, pinyin: Hēilóng Jiāng), or Sahaliyan Ula in Manchu means black water, forming the border between the Russian Far East and Northeastern China. It rises in the hills of western Manchuria at the confluence of its two major affluents, the Shilka River and the Ergune River, at an elevation of 303 meters, running 4,370 meters into Okhotsk Sea bypassing the Tatarskiy Proliv. As it flows through China, Mongolia and Russia, it can be called an "international river". Within the river basin, there are abundant mineral resources and fish stocks, especially Salmon and Huang Fish. 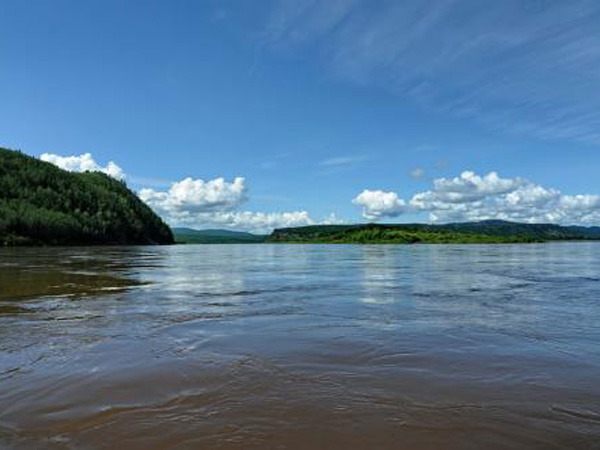 Pearl River, (simplified Chinese: 珠江, pinyin: Zhū Jiāng) or the Canton River in ancient time, is the largest river in south China with a length of 2,320 kilometers in total and 2214km of its section in China . Originally, the Pearl River indicates the section running from Guangzhou to the inlet of the South China Sea. The name now indicates an extensive river system in southern China area, which including West River, North River, East River and rivers of the Pearl River Delta. The annual rainfall of the region is around 1,000 mm, thus Pearl River enjoys about 336 billion cubic meters total flow a year. 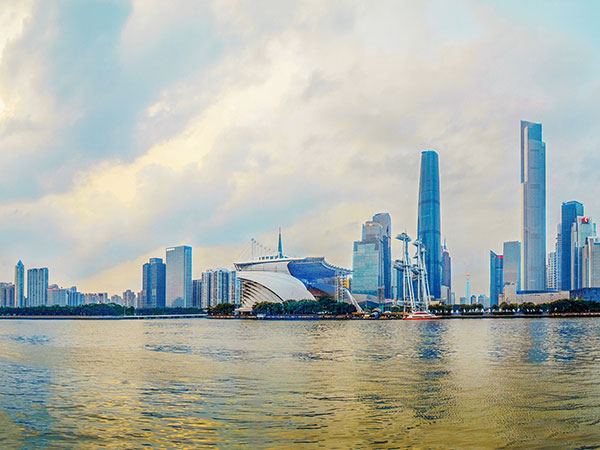 No.5 Brahmaputra River——2208km(length of its Chinese Course)

Brahmaputra River  ( simplified Chinese: 雅鲁藏布江，pinyin:  Yǎ Lǔ Zàng Bù Jiāng) is originated on the Angsi Glacier of the northern side of the Himalayas in Burang County of Tibet with the highest elevation.With it upstream called Maquan River, it flows across the southern part of Tibet, bypasses the easternmost peak Namjagbarwa to break through the Himalayas in great gorges - the well-known great Brahmaputra Valley, then turns abruptly to the south and finally, after a 2,208 km journey within China’s region, it runs into Arunachal Pradesh of India. Its total length is 2840km including its course beyond China. 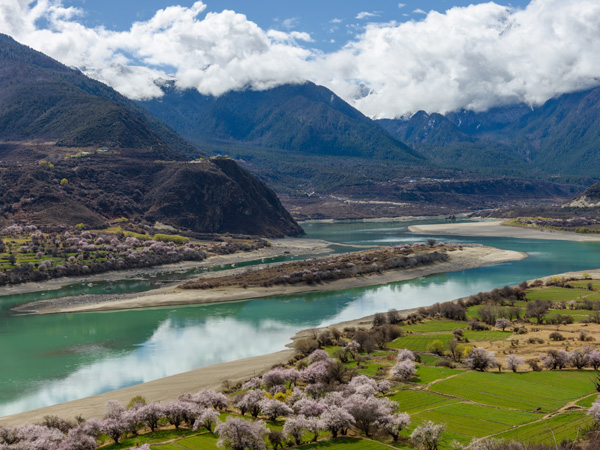 No.6 Lancang River——2161km (length of its Chinese Course)

Lancang River ( simplified Chinese: 澜沧江，pinyin: Lán Cāng Jiāng) is the name of the upstream of Mekong River within the area of China, has a length of 2,161 km that rising in Jifu Mountain, Zaduo County of Qinghai Province. Flowing through Qinghai, Tibet and Yunnan, it leaves China bypassing the Mengla County of Xishuangbanna Autonomous Prefecture, Yunnan. Its total length is 4350km. Owning to the unique climate and geographical conditions, the Lanchang-Mekong River enjoys rich fish stocks and is known as the world's most abundant freshwater fish ecological system. 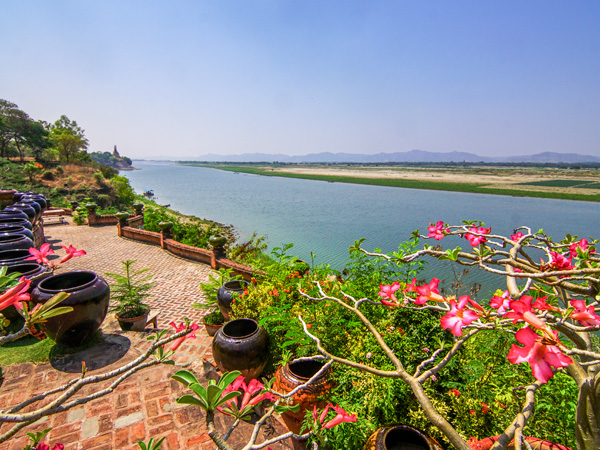 The Tarim River (simplified Chinese: 塔里木河，pinyin: Tǎ Lǐ Mù Hé ) is the longest inland river in China, and the principal river of the Xinjiang Uygur Autonomous Region, which is formed by the confluence of 3 rivers, the Aksu River rises in Mt. Tianshan, the Yarkant River originates in Karakorum Mountains and the Hotan River. It gives its name to the great Tarim Basin between the Tian Shan and Kunlun Mountains systems (the northern edge of the Tibetan Plateau) of Central Asia. With a length of 2,137 kilometers in total, it once be the most important water source of the Silk Road. In ancient Turkic language, Tarim means “water in the desert”. 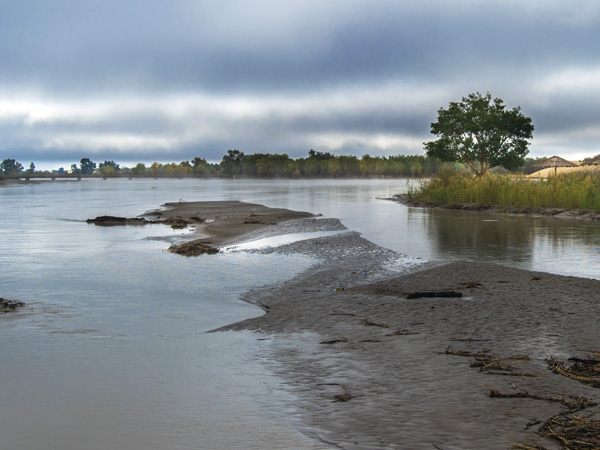 No. 8 Nujiang River——2013km(length of its Chinese Course)

Nujiang River (simplified Chinese: 怒江，pinyin: Nù Jiāng) is the name we call Salween River that runs within China’s area. With a total length about 2,013 km, Nujiang River rises from the southern slope of the Tanggula Mountain Range in Tibet, it runs through western part of Yunnan, and finally reaches the border of China and Burma. From where, it runs as Salween River for another 1,227 km through Burma till pours into the Andaman Sea in Southeast Asia. 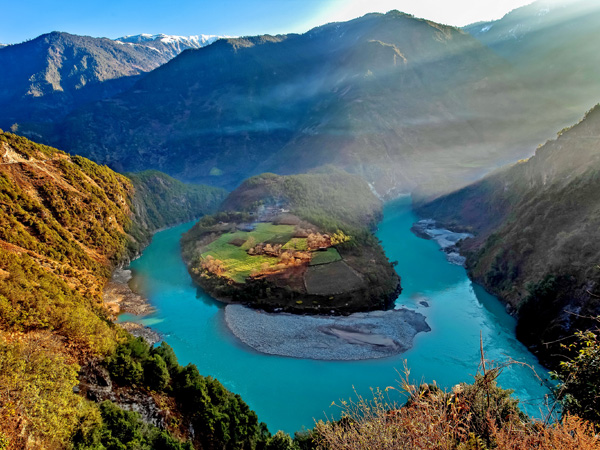 Songhuajiang River ((simplified Chinese: 松花江，pinyin: Sōng Huā Jiāng) is the largest tributary of the Heilongjiang River of northeast China. Its estimated length is 1,927 meters and it drains an area of 557,200  square km. Dense primary forests scattered along both sides of the river, it is, therefore, rich in wood resource. Besides, mineral resources, especially gold, copper and coal stocks are abundant. 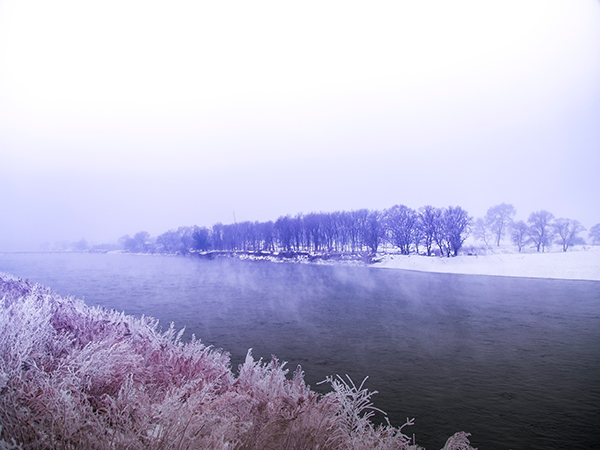 Han River (simplified Chinese: 汉江，pinyin: Hàn Jiāng) or Hanshui River, is the longest tributary of Yangtze River, which rises in Hanzhong City, Shannxi with fine water quality and enjoys abundant rainfall the whole way. With a length of 1532 km, it flows through southern part of Shannxi, and then crosses into Hubei. It merges with the Yangtze at Wuhan in Hubei Province. Its upstream runs through Hanzhong Basin with swift current, is rich in water resource. The Danjiang hydroelectric power station of the upstream built in 1958, is the largest station of the kind in Han River region. 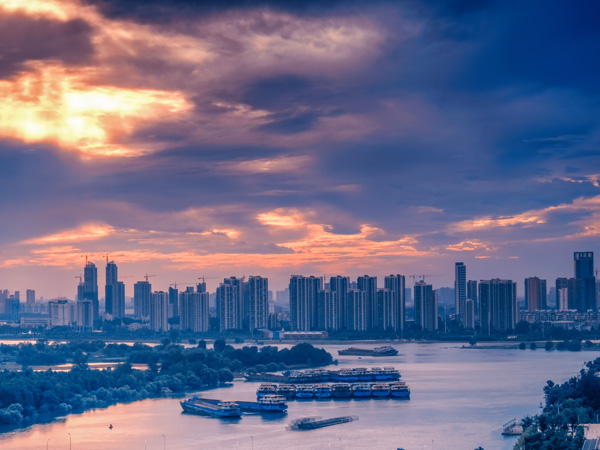 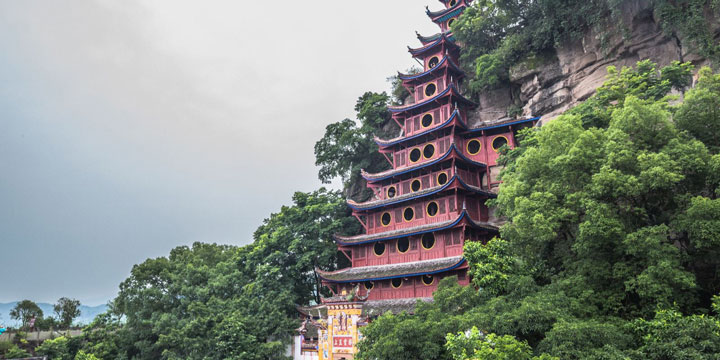