The Most Famous Waterfalls in China

The Most Famous Waterfalls in China would like to introduce the most popular and beautiful waterfalls of this country, as well as the Largest Waterfall, for you to experience the magic power of water.

Behind the waterfall, there is a 134-meter-long curtain cave lies secretly. It would be a wonderful experience that you look at the rushing waterfall from the back side and touch it in the shortest distance. 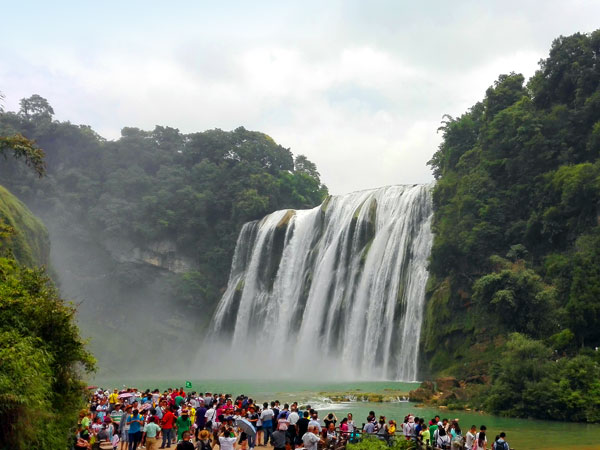 Located in the Daxin Coutny, 150 km away from Nanning City, De Tian Waterfall has a width of over 200 meters and a drop of more than 70 meters. It is the largest waterfall in Asia and the second largest transnational waterfall in the world.

Its water rushes down a three-tiered cliff with tremendous force. The fall is awe-inspiring, and its thunder is audible before it even comes into view. The changing seasons transform the natural scenery of the waterfall throughout the year. 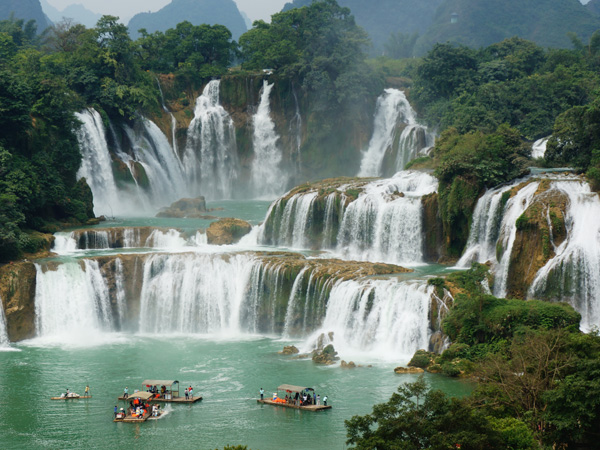 Nuorilang Falls is the most famous waterfall group that near the junction of the valleys, with 20 m high and 320 m wide. They are reportedly the widest highland waterfall in China, the widest travertine-topped waterfall in the world, and one of the symbols of Jiuzhaigou.

The famous Pearl Waterfalls are waters that pouring from the Pearl Shoal, where the shoal drops 28 m in a 310 m wide broad curtain of water.

The Shuzheng Waterfall flows on the Zechawa River which flows from south to north in the park and was further downstream (north) of the Nuorilang Waterfall. 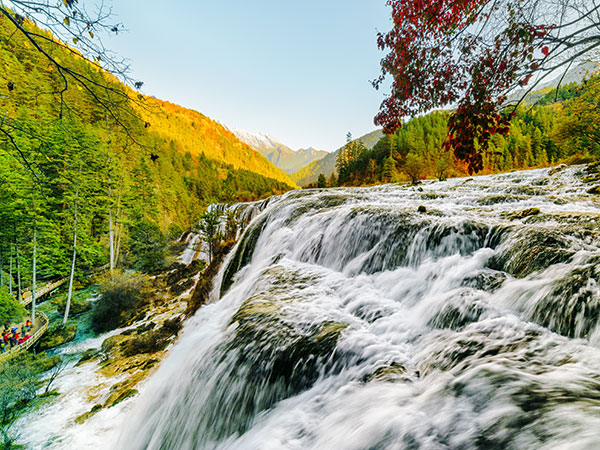 Located at the intersection of Shanxi Province and Shaanxi Province, Hukou Waterfall is the most famous waterfall of the river and the second largest waterfall in China, after Huangguoshu Waterfall. It is renowned for its impetuous and turbulent water, and loud voice. The width of the waterfall changes with the season, usually 30 meters wide but increasing to 50 m during flood season.

When water in the middle reaches of Yellow River flows through Jinxia Grand Canyon, the 300 meters wide surface suddenly narrowed down to 50 meters, dropping down turbulently the lower section 9 meters below, which formed the so called Hukou Waterfall. 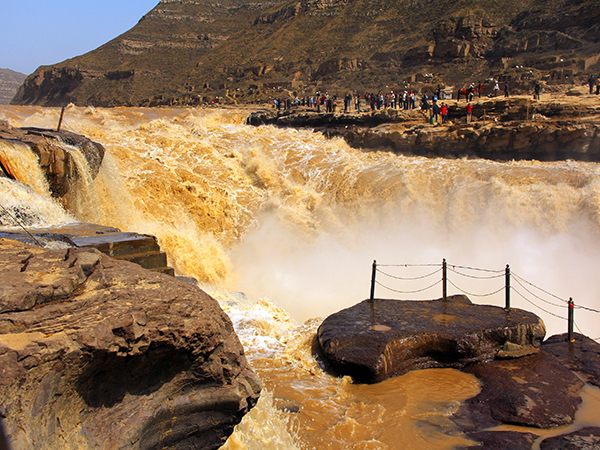 Mt. Lushan Waterfalls is the main attraction of Mt. Lushan Scenic Area, which is considered as one of the most elegant waterfalls in China. It consists of Three Spring Waterfall, Kaixian Waterfall, Huanglong Pool (Yellow Dragon Waterfall) and Jade Curtin Waterfall and other 3 waterfalls.

The Three Spring Waterfall is the most famous waterfall among others, which located in the southeast Jiudie Valley. This waterfall scenic area covers an area of 16.5 square kilometers, with steep mountains and deep valleys. 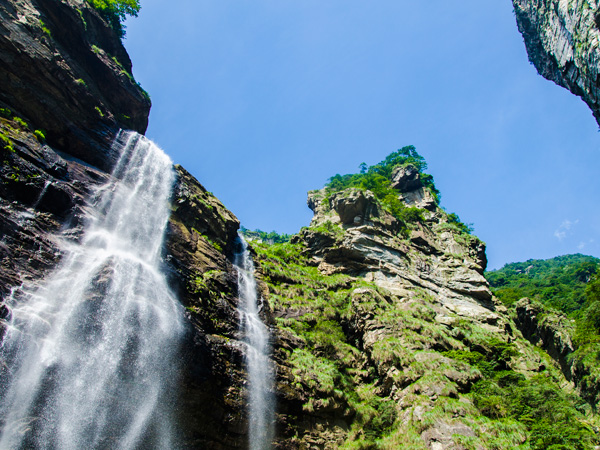 These are the most famous and most-visited waterfalls in China. Generally speaking, summer time is the best time to visit the waterfalls, because it is the rainy season in China. The waterfalls would contain a lot of water and it would look very beautiful.