Dinosaur is a kind of reptile which lived on earth between about 235million years to 65million years ago. It had ruled the planet for over 160million years. All dinosaurs extinct, but the dinosaur offspring - birds survival, and grew so far. Since the fossils of dinosaurs were excavated, we begin to know more and more about this extinct species. And study the fossils are the only direct way to reveal the mysterious veil of dinosaurs. Here we list five most famous dinosaur localities in china, if you are a dinosaur fans or you want to know more about dinosaur, these locations are must see attractions that you should not miss.

Inner Mongolia Autonomous Region in China and Mongolia are important localities of dinosaur fossils between the early to the late Cretaceous period. Some archaeologists believe that there may be the largest dinosaur kingdom in the Cretaceous period. In China’s Inner Mongolia Autonomous Region, the dinosaur fossil excavations make a great achievement. And Inner Mongolia is considered as the largest “Dinosaur Town” in China. The species of dinosaur’s fossils are mainly Ceratopsian and Ankylosaurus. The remarkable thing is that there have dinosaur’s fossils from infant dinosaurs to adult dinosaurs. 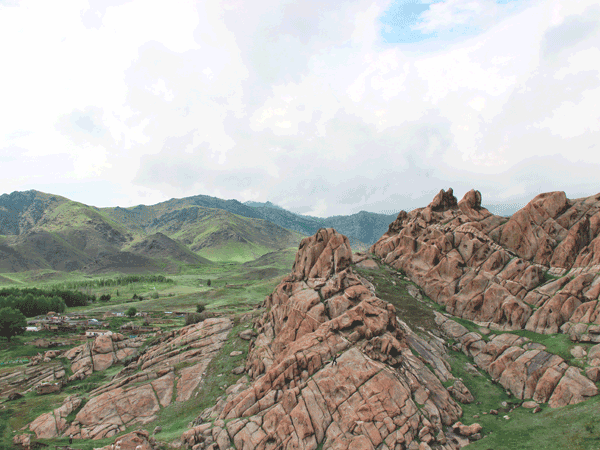 Lufeng County is located in the middle part of Yunnan Province, 58km away from Kunming City, the Capital of Yunnan. It was well-known for dinosaurs’ fossils in 1930s. To date, since the first piece of dinosaur’s fossil was unearthed in 1938, there are more than 110 dinosaurs’ fossils in twenty-four families and thirty-four species has been excavated. Lufeng owns the largest numbered dinosaurs’ fossils in the most integral bodies with the richest in species. Therefore, it is reputed as the hometown of dinosaurs.
Lying in the basin of the Yunnan Central Plateau, the altitude of the county is 1,600m and the weather here is subtropical plateau monsoon climate. Since 1995, in which year a famer found the dinosaur fossil, the following excavation discovered fossils of tortoises and dinosaurs and then large scale’s aquatic animals’ fossils were unearthed. And strangely found that the heads of the 4 dinosaurs were all facing toward east, which is the unprecedented discovery in the history of dinosaur excavating.
The dinosaurs fossils discovered in Lufeng fill the gap about dinosaur fossils in the mid Jurassic Period in China. Lufeng is the only locality that found dinosaurs fossils belong to 2 geological ages at the same fault. 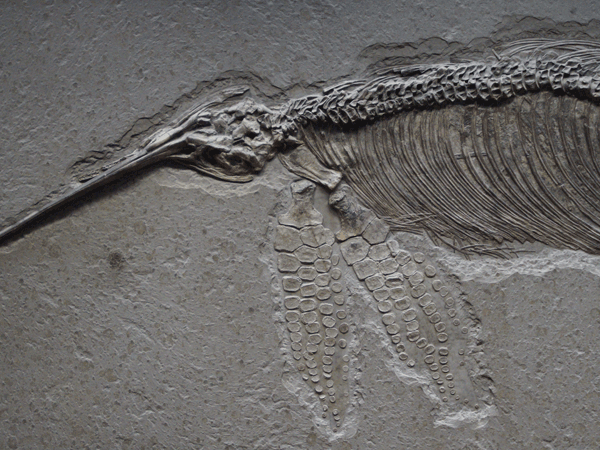 Zigong County is located at the south part of Sichuan Province. Sichuan Basin is an important locality of dinosaurs’ fossils in the Jurassic period of Mesozoic era, between 195million to 137 million years ago. Zigong in Sichuan Province is a hometown of dinosaurs. The stores of dinosaur fossils in Zigong features by large quantity, various classifications, concentrated storage and well preservation, which are rarely seen in other place of the world. With a excavated and cleaned area of less tan 3000 square meters, Zigong has unearthed so many fossils which reached hundreds of tons. Therefore, Zigong gets the reputation as "the cemetery of dinosaurs" and "former residence of dinosaurs".

There own integral skeletons of nearly all the known species of dinosaurs, particularly numbers of well preserved dinosaurian skull fossils. Around the world, only 1/5 fossils of dinosaurs excavated the fossils excavated are derived from the late Jurassic period, and the early and middle satges of the Jurassic period is in the absence. But in Zigong, the dinosaurs fossils explored are mainly of in proof-absent stages which can fill up the weak link in dinosaurs’ studies.
In 1986, Zigong Dinosaur Museum which enjoys equal fame with USA Jurassic period and Canada Dinosaur Park got the reputation of” Top 3 biggest dinosaur museums" in the world. 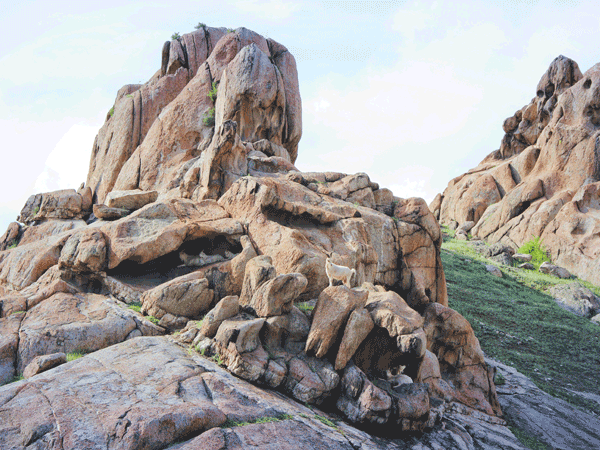 Nanyang City is located at the southwest part of Henan Province. In 1920s, local peasants found some strange stones and called them "stone gallbladder", "stone eggs", "stone pills" or "stone balls". Nanyang is one of the earliest areas in which dinosaur egg fossils were found in China. The dinosaur eggs in Nanyang distribute in large area and are concentrating in buried storage. Up to now, thousand of fossilized eggs’ pieces have been unearthed in Nanyang, and the whole reserve reaches about tens of thousands. It is really a great quantity all over the world. The fossils’ sizes aver various. Some are as small as hen eggs and some are large as rice bowls. The shapes of these eggs are mainly oblate and some of them in rugby shape. The dinosaur eggs fossils are preserved perfectly. Most egg fossils were preserved integrally as original.
The discovery of abundant oryctocoenoses of dinosaur eggs in Nanyang is reputed as the "ninth wonder in the world" and "of epoch-making significance". 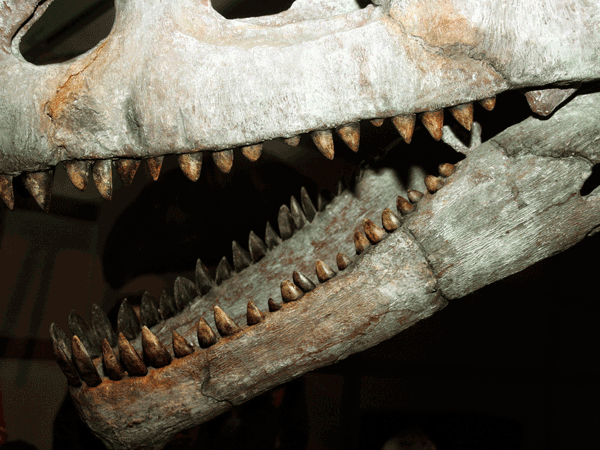 Western Liaoning district unearthed abundant perfectly preserved fossils of plants, invertebrate and vertebrate living in the early stage of the Cretaceous period, reputed as the “The park of the Cretaceous period”. Among these fossils, the discovery of the fossils of Sinosauropteryx, Beipiaosaurus, caudipteryx, archaeopteryx and some other species’ dinosaur made the district a hot spot for dinosaur excavation and research.
Paleontologists had believed that the Archaeopteryx is the prototypical "intermediate form" between dinosaurs and birds for most of the 20th Century. In 1996, at a quarry in Liaoning Chinese researchers excavated the exquisitely preserved fossil of a small theropod, which later been named Sinosauropteryx. And Sinosauropteryx is the first dinosaur which has had primitive feathers. Since then, Liaoning unearthed abundant fossils of "dino-birds” in dozens of genera.
Western Liaoning District seems to be a peaceful lake in the early stage of Cretaceous times so that it could support a complex ecosystem of dinosaurs, birds, fish and mammal. Many of the fossils found in Liaoning appear that these creatures were buried by sudden, deadly rains of volcanic ash. 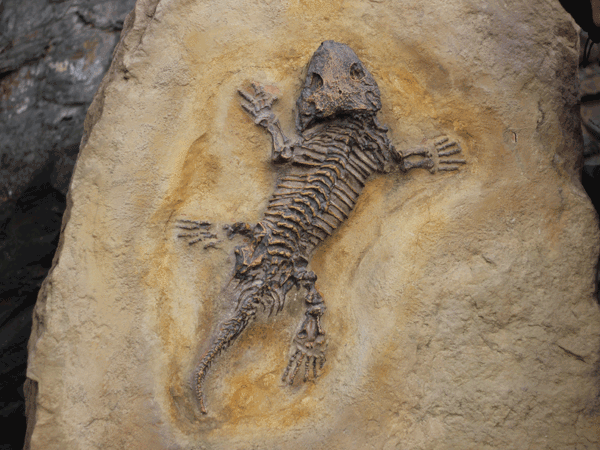 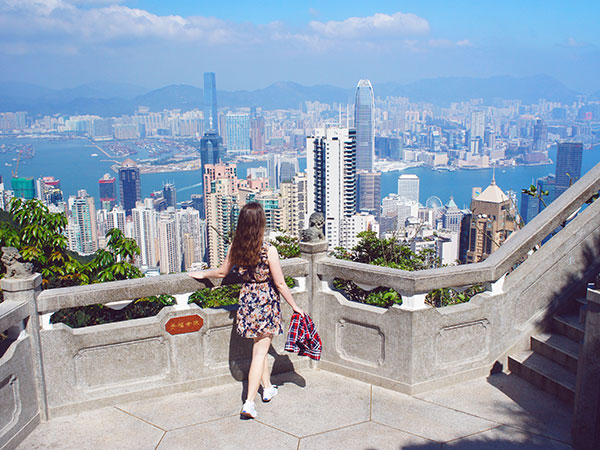