The Largest Lakes in China

Here, TopChinaTravel would like to introduce the Largest Lakes in China for you. They could be saltwater lakes or freshwater lakes. Even some of them may enjoy the title as “the highest large lake in China”. 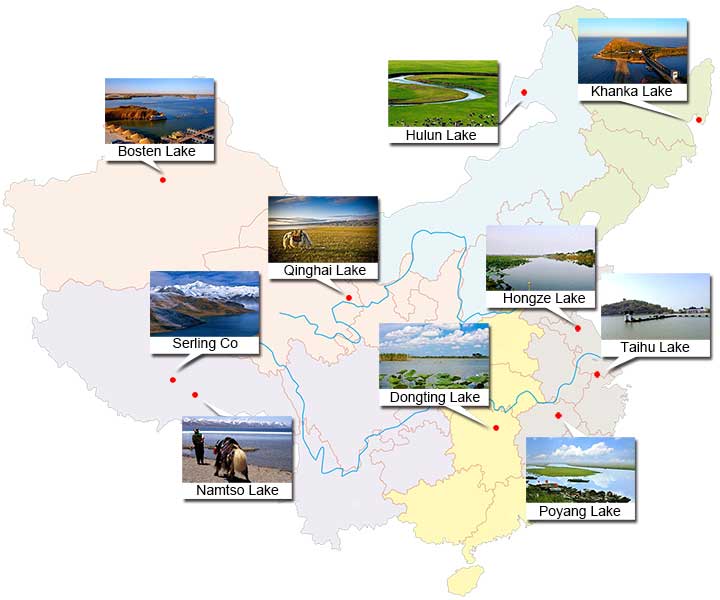 Qinghai Lake, or Koko Nur in Mongolian which means “a blue lake”, is the largest salt lake and the largest inland lake of China that with a surface area of 4,583 km². It locates about 100 kilometres (62 mi) west of Xining, the capital city of Qinghai Province, is one of the most popular attractions of the area. It is fed by over 40 rivers, mainly by Habu River, Inverted River and Gbagbolan River, etc.

At the tip of the peninsula on the western side of the lake are the "Bird Islands" (Cormorant Island and Egg Island), which have been bird sanctuaries of the Qinghai Lake Natural Protection Zone since 1997. The lake often remains frozen for 4 months continuously in winter from Deb to Mar the next year. 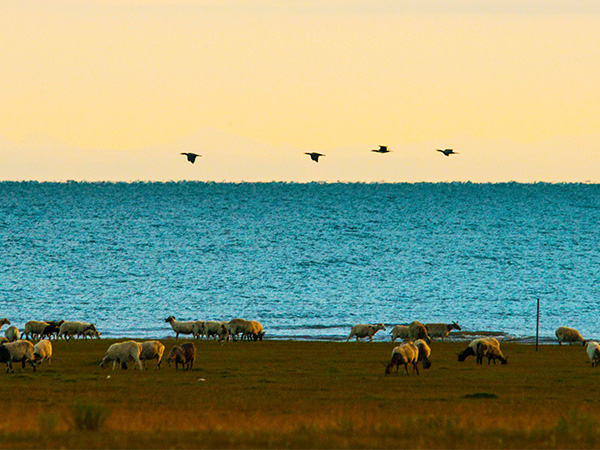 With a surface area of 4,190 square kilometers, Khanka Lake, known as Xingkai Lake in China, is a is a transboundary freshwater lake that located on the border between Heilongjiang Province of northern China and Primorsky Krai of Russia. About 72% of it is located in Russian, and 1,160 square kilometers (28 %) in China. 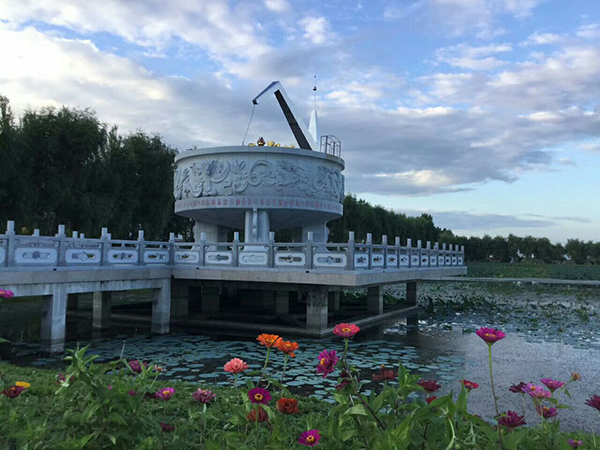 Poyang Lake is the largest freshwater lake and the third largest lake of China. Located on the south bank of Yangtze River, to the northern part of Jiangxi Province, it is fed by the Gan, Xin, and Xiu rivers and some other small streams, all of which contributed it a surface area of about 3,500 km², a volume of 25 km³ and an average depth of eight meters during the abundant period.

It is an important habitat of precious migrating waterfowls like White Crane, White Naped Crane and Black Stork, etc. It is also one of the important wetlands in China. 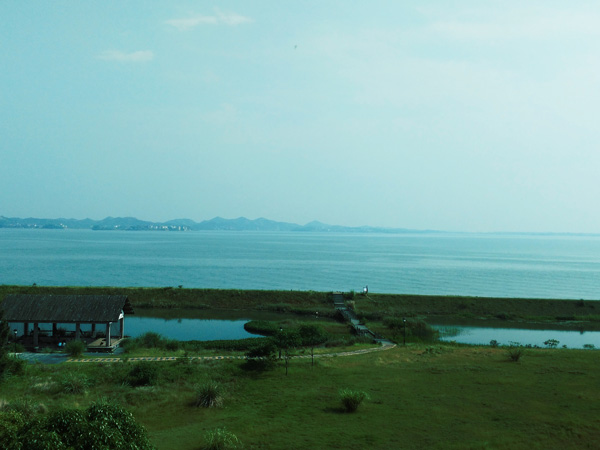 Situated in the northern part of Hunan Province, Dongting Lake is the second largest freshwater lake, and the fourth largest lake of China, with an average about 2,820 km². The lake is fed by four major rivers, which are Xiang River, Zi River, Yuan River and Feng River, and also some other small rivers.

Originally it was the largest lake in China, due to the development of local farming, it has been separated into several parts and gave its place to Poyang Lake. This large and shallow lake is a flood-basin of the Yangtze River.

The area is well-known in Chinese history and literature. Dragon boat racing is said to have begun on the eastern shores of Dongting Lake as a search for the body of Qu Yuan, the Chu poet (340-278 BC), and a dragon-king is said to live at the bottom of the lake. 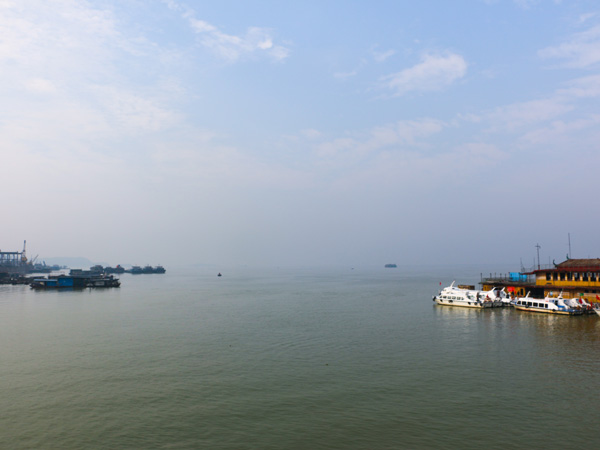 Located in Hulun Buir City of Inner Mongolia, Hulun Lake, also known as Dalai Lake, is the largest lake in Inner Mongolia with a surface area of 2,339 square kilometers during the peak season. It is the sister-lake of Buir Lake. In local language, Hulun means female beaver, while Buir means male beaver. The two lakes also indicate Yin and Yang.

Rich in natural resource and fish stocks, this lake is also one of the key reed production areas in China. During the summer, it will be a very attractive tourist spot. From November each year, the water of the lake freezes till March the next year. 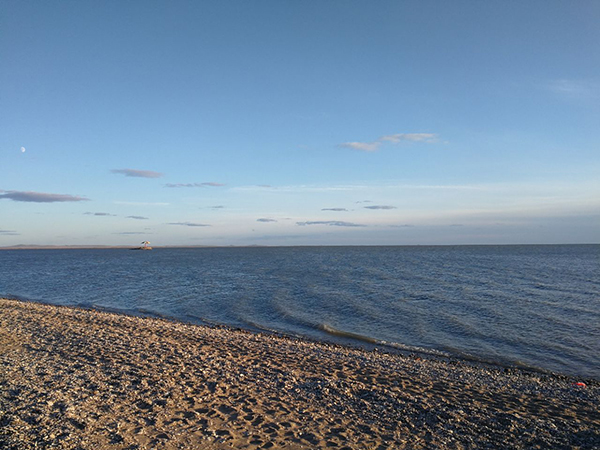 Taihu Lake, or Lake Tai, is the third largest freshwater lake of China, and also the largest lake in the Yangtze Delta plain. It lies on the border of Jiangsu and Zhejiang Provinces, with an area of 2,250 km² and an average depth of 2 meters. Enjoying superb natural beauty and pleasant environment, it is a well-known tourist attraction of eastern China with several in-lake islands.

Some 90 islets, large or small, plus the presence of many fleets of fishing junk boats add to its landscape, making it a remarkable spectacle. 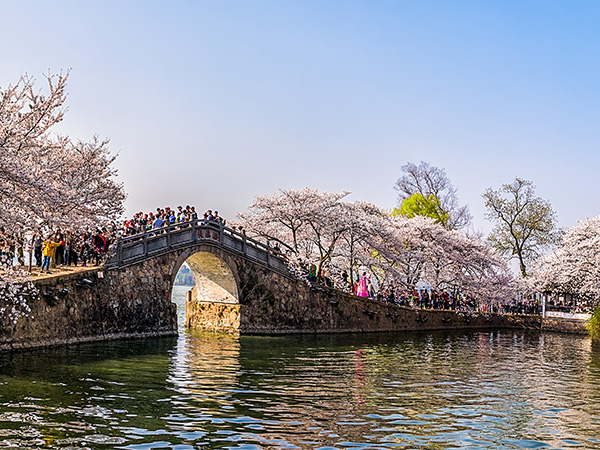 As the fourth largest freshwater lake and the 7th largest lakes of China, Hongze Lake located in Jiangsu Province, on the alluvial plain of middle reach of Huai River. Hongze Lake has a very special layout that like an elegant swam, which is fed by 4 main rivers, the Huai, Sui, Bian and An River, etc. It is a typical shallow-water lake with a mix depth of 5.5meters.

Hongze Lake is renowned for its superb scenery that attracted tourists from all over the world. What's more, it is also rich in natural resources, the crabs from the lake are so delicious that many people travel to Hogze Lake just for a taste. People living near the lake make the most of it by developing the tourism and fishing industry. 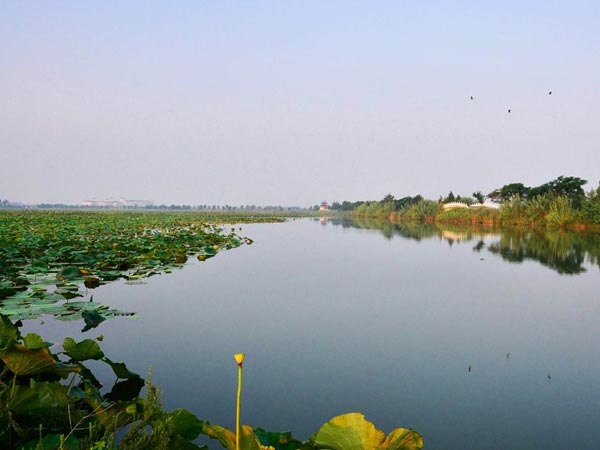 With a surface area of 1,920 km², Namtso Lake is the second largest salt lake in China, located on the border between Damxung County and Baingoin County, Tibet. The lake lies at an elevation of 4,718 m, thus it is also the highest lake of this kind on earth.

Namtso is renowned as one of the most beautiful places in the Nyainqêntanglha mountain range with pure clean water which reflected the color of the sky. Thus the local people named it Nam as in Tibetan language, Nam means “Sky”. 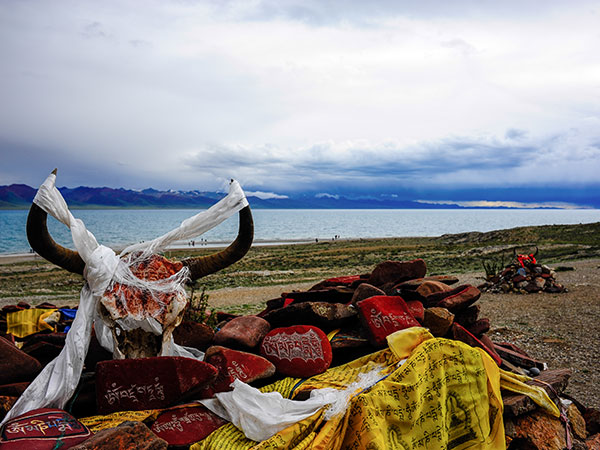 Sêrling Co or Siling Co, as the third largest salt lake of China, is a large deep-water lake on Qinghai-Tibet Plateau with an altitude of 4,530 meters. In Tibetan language, Serling Co means “the demon lake”, it has a surface area of over 1,640 km². Connected with some other lakes nearby, it formed the largest inland lake system in Tibet, the drainage area is up to 45,5330 sq.m.

Located 57 km northeast of Korla County of Xinjiang Province, Bosten Lake is a freshwater lake . Covering an area of about 1,000 square kilometers (together with adjacent small lakes), it is the largest lake in Xinjiang and the 10th largest inland freshwater lakes in China. Westerners sometimes refer to Bosten Lake as the “Oriental Hawaii of Xinjiang” because of its unique lush scenery surrounded by the harsh Gobi Desert.

With flourishing reed and wild lotus, Bosten Lake is the paradise for the waterfowl. There are lush grasses in summer and reed catkins in fall. The fishing boats shuttle back and forth and the birds are flying above the lake. 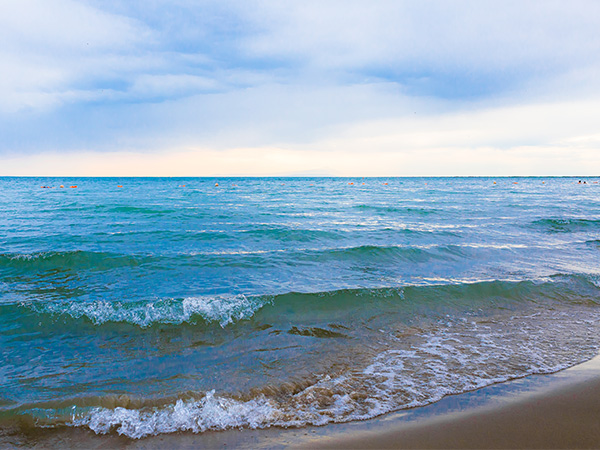 These are the largest lakes in China. They are ideal place to enjoy the beauty of nature and also have fun.

13 Days from Li River to the Yangtze Tour
Hot