In the past thousands of years, China has created a profound and brilliant culture by people's hardworking and wisdom. Technological inventions and achievements play a great role in promoting its economic development and cultural development. In the ancient times, China has made great inventions, especially the Four Great Inventions, which are widely regarded as inventions changing the world.  As the philosophical sentence says “As heaven maintains vigor through movement, a gentleman should constantly strive for self-perfection", Chinese people values “constantly improving",, and innovation. In modern times,  we have four great new inventions, creating a more dynamic and human-friendly society. 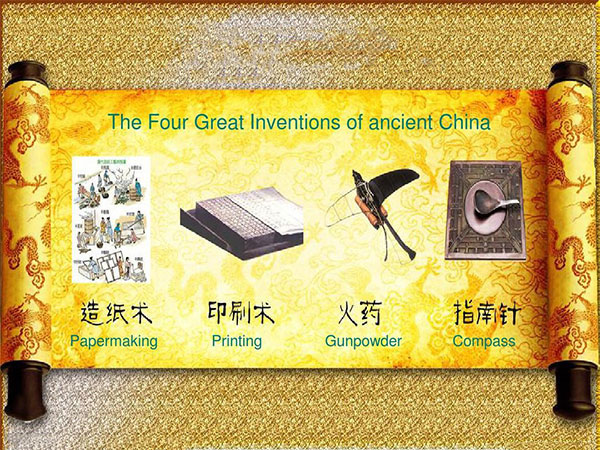 The Four Great Inventions of ancient China are papermaking, printing, gunpowder and compass. Papermaking refers to the technology of papermaking improved by Cai Lun in 105 AD, thus it is also called Cai hou paper in China. Before the invention of paper, ancient Chinese write letters on bones of tortoise, bronze wares and  bamboo slips.  In 105 AD, Cai Lun used materials like bark and rotten cloth to make plant fiber paper, which turns out to be suitable for writing and convenient to carry. From then on, people have light papers to record events, experience and knowledge. Papermaking has great significance in spreading  knowledge and education, and promoting culture development. For further information about papermaking, please click China paper-making technology in silk road.

In terms of printing, ancient China has several reforms and innovations in printing.  In the Tang Dynasty (618 AD-907 AD),  woodblock printing is invented, and Diamond Sutra printed in 868 is the earliest block printing works existed. For woodblock printing, one of the most key steps is to carve words on a wooden board. In the Song Dynasty (960 AD-1279 AD), the movable type system of printing and typography is invented by Bi Sheng who uses clay to make words, and words are arranged to print. The processing of this printing is recorded in the Dream Pool Essays written in 1088 AD by Shen Kuo. Later it is improved, and movable words are made on wood and copper.

Gunpowder  is invented in the Tang Dynasty, and it is a black or brown explosive made from potassium nitrate, charcoal, and sulphur, and used in military. In term of compass, in the Warring States Period (476 AD-221 AD),  an instrument is invented to give directions, called Sinan, and later, people use magnet and make compass. It is widely used in navigation in the Northern Song Dynasty (960 AD-1127 AD), and, in the 13th century, it is spread to Arab and Europe.

The four great new inventions in modern times are bike sharing, high speed rail, electronic paymeng, and online  shopping. These four things have made a sweeping change in China, and are new and dynamic pusher to Chinese economy and the convenience of life.

Bike sharing or bicycle sharing  first appears in 2014, and has a booming since then. In 2014, four partners Dai Wei, Xue Ding, Zhang  Siding and Yuxin, established Ofo,  the first company of bike sharing, to solve people's transport issue. In this first stage, universities are experimental units, and later, it is put into the national market. Ofo and Mobike are two leading operators of bike sharing, and there are also other operators. In streets, you may see bikes in yellow, orange, green and blue colors, which belongs to different operators.

How to use shared bikes? First, download a smartphone app of an operator of bike-sharing. Second, register an account by phone number, and pay an amount of guarantee deposit by electronic payment, about 199 or 299 yuan. Third, before using a shared bike, make sure you have open GPS in your smartphone. In the app, find “scan to use a bike”, and scan a QR( Quick Response) code on a bike. Then the bike will unlock automatically, and you may ride the bike. Last, lock the bike,  finish the trip in the app and pay for this trip by electronic payment after you end your trip and park the bike in a proper place. 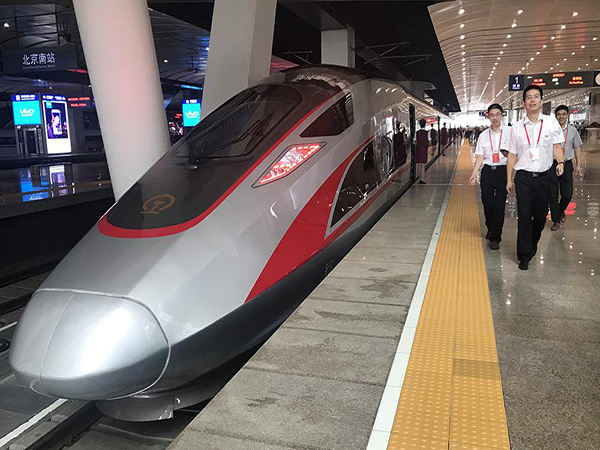 By the end of 2017, China has about 731 million internet users, and has the world's largest e-commerce market. Entering into the 21st century, e-commerce market in China emerges, and has a rapid expansion in years around 2010, and gradually matures.  According to governmental statistics issued by the Ministry of Commerce, in 2017, China has a sum of e-commerce business transaction amounting to 29160 billion yuan, and has an annual rate of growth of 11.7%, and it has an online retail sales of 7180 billion yuan, with a grow rate of 32.2%. From this data, we can see that e-commerce market is a huge and dynamic economic market in China. 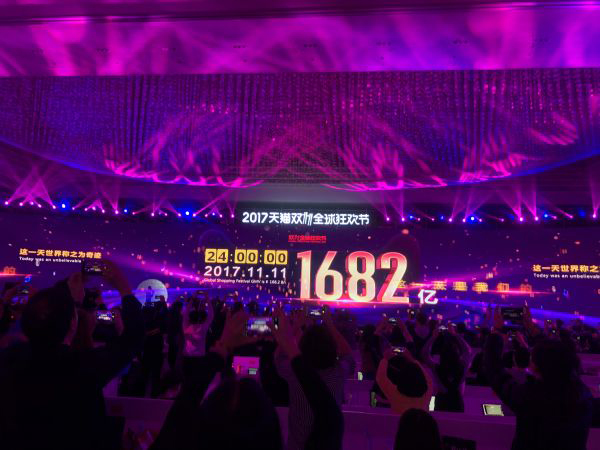 In China, people like to buy things on Internet for that they are short of time, and goods selling on Internet also have guarantees in quality, still the  advanced system of express delivery makes fast receiving of goods and parcels. All kinds of goods are available on the Internet, like clothes, shoes, books, electronics goods, and food. If you make  an order, you may receive your goods within one day or two days. In a big parcel, a parcel could be sent within one day, while in rural areas, the delivery may need two or three days. China has many operators of e-commerce, and they could be divided into different categories according to their primary business, like cosmetics and electric appliance. Leading operators of online shopping are Alibaba's Tmall and Taobao, JD, Vipshop, Pinduoduo, etc. In 2017, Tmall has a gross merchandise volume(GMV) of 2108.6 billion yuan, and in the day 2017/11/ 11, the biggest shopping festival in China, it has a volume of transaction of 168.2 billion yuan. JD has a GMV of about 1300 billion yuan in 2017. 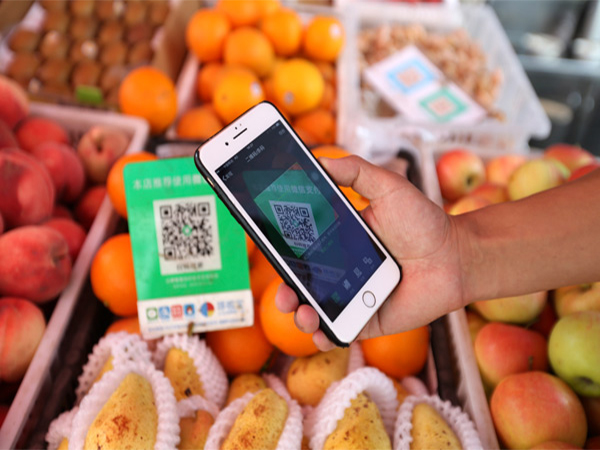 China has two leading operators of electronic payment, Alipay and Wechatpay, which change China into a cashless society. For shopping in real stores, the two are used in every aspects of people’s life, and the only thing you need to do is to scan payment code, enter password and then money transfer is done.  In daily life, you use the two to buy food in a food vendor, and buy goods in a store, restaurant, supermarket, and shipping mall, you may use the two to ride a shared bike, call a taxi,  take a public bus, and buy tickets for a train and a flight. It could be that where there is a business transaction, there is electronic payment. Benefiting from electronic payment, people could make a payment easily and go out without bringing any cash. Still there is  one interesting thing. In festivals, especially the Spring Festival, Chinese people would give red packet, or red envelop to friends, children, and families. With the coming of electronic payment, people usually give electronic red packet to others by Wechatpay, which has developed games of red packet, and people enjoys those games, like grabbing red packet.