Tibetan Plateau, or Qinghai-Tibet Plateau as it called in China （simplified Chinese:青藏高原）, is the highest plateau in the world with an average altitude of 4,500m, and was reputed as “the roof of the world” and “the world’s third pole”. Located in Central Asia, it covers an area of 2,500,000,000 square kilometers, which is also the largest plateau in China. The Qinghai-Tibet Plateau covers Tibet, Qinghai, south Xinjiang Uygur Autonomous Region, southwest Gansu, west part of Sihuan and Yunnan Provinces in China. Bhutan, Nepal and Ladakh in Indian are also on the plateau.
The plateau used to be known as Qing-Kang-Tibet Plateau, as there was a Xikang Province between Qinghai and Tibet set by Republic of China Government. And now, it is called Qinghai-Tibet Province in China. For other countries in the world, people usually call it Tibetan Plateau. 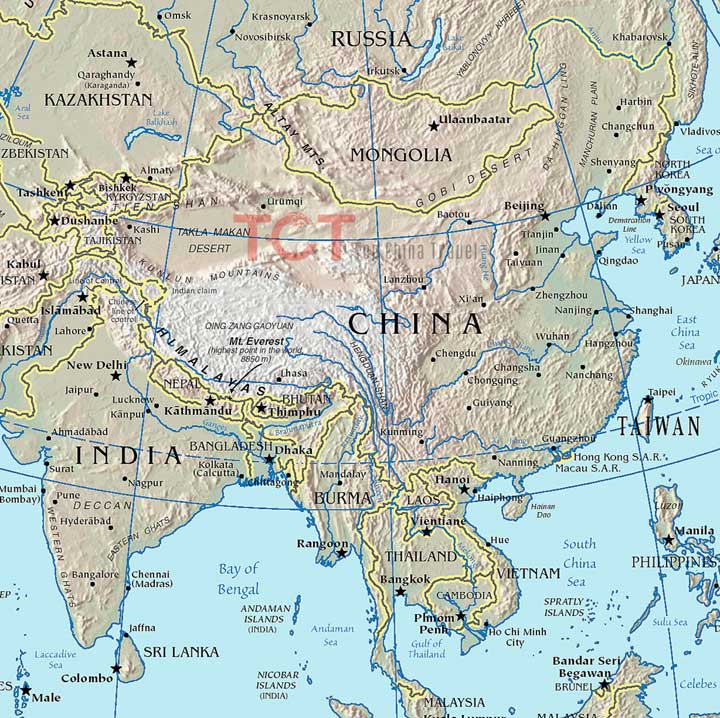 Qinghai-Tibet Plateau is the youngest plateau in the world. 240 million years ago, Indian Plate began to squeeze the Asia Plate, which caused the uplift of Kunlun Mountain Range and Hoh Xil Area. With the northwards movement of India Plate, it subducted to the Asia Plate, and Qinghai-Tibet Plateau gradually formed in the process of uplift. The formation of Tibetan Plateau was not just in one movement. The uplift of the plate may totally stop in a long time. About 10,000 years ago, the speed of uplift of the plateau even reached 7 mm a year.

Now, the middle part of Qinghai-Tibet Plateau is weathering, but the fringe of the plateau is till uplifting. 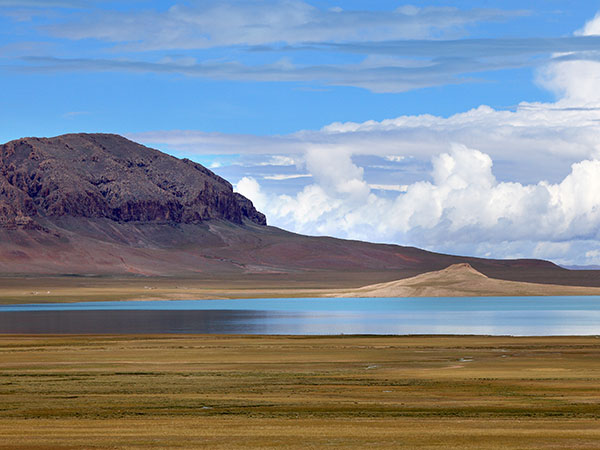 Mount Everest  is located at the Mahalangur section of the Himalayas Mountain rand which is on the southwest rang of the Tibetan Plateau. It is 8,840 meters high above sea level, and is the highest mountain in the world. It is also a sacred mountain
Its snow peak sends out silver radiance year after year. Its waist is hidden in the clouds. The optimum weather to visit Mt. Everest is from April to June, a golden period for mountaineers. Each year, a great number of brave robust mountaineers come from all over the world to visit and climb Mt. Everest, hope to fulfill a life-long dream by climbing onto and looking over from the world's highest peak. 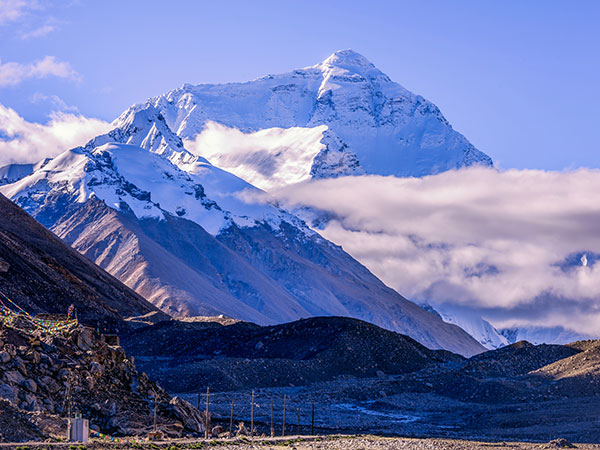 Many plants in Tibet have medicinal value. There are over 1,000 wild plants used for medicine, of which 400 are medicinal herbs most often used here in Tibet. Such as theworld most expensive fungus Cordyceps sinensis 冬虫夏草,  Saffron 藏红花，the famous edible fungi Songrong (tricholoma matsutake 松茸) and so on. The best place to study the various plants of Tibet is Nyingchi, east Tibet. The Forest there is so rich that has many kinds of bushes, dragon spruces, maple trees and pines. Apart from various special plants living on this national plateau, animals like yaks, Tibetan antelopes and vultures are very much respected in here, especially the yak is an indispensible friend in Tibet people’s daily lives.

Caterpillar fungus or Cordyceps sinensis， Chinese: 冬虫夏草, Tibetan:yartsa gunbu (winter worm, summer grass) is an entomopathogenic fungus (a fungus that grows on insects) found in mountainous regions of Nepal and Tibet. It is valued as a herbal remedy in traditional Chinese medicine as well as traditional Tibetan medicine. Many locals are collecting them when the right season comes as it is a good resouce for extra money forcaterpillar fungus are highly profitable herbs. 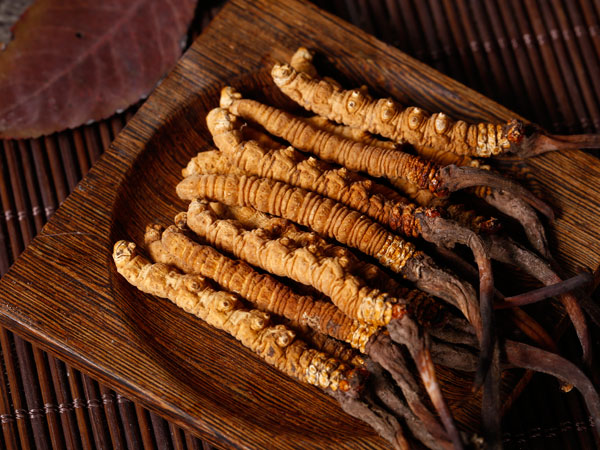 Yaks,Chinese:牦牛, are considered to be treasures and major transportation mean in the Tibetan community as the role they playing here is so significant. The locals rely on the yak milk for cheese and butter and furs for clothing. 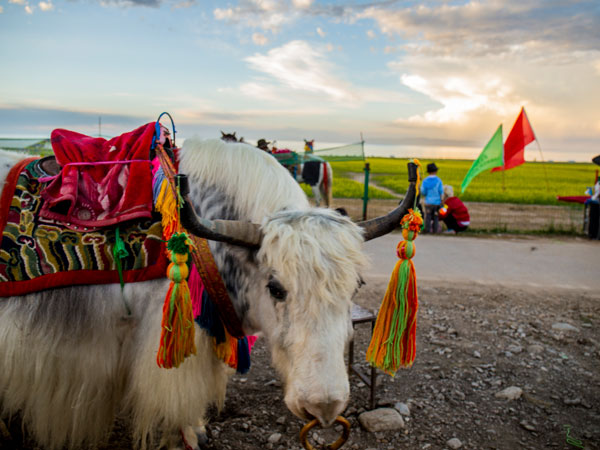 Because of the high altitude, on Qinghai-Tibet Plateau, the air is dry and thin, the solar radiation is strong and the temperature is low. Due to the complex of its topography, the climate of different areas of the plateau is not the same. Generally, there is less rain on the plateau. Learn more about climate of Mt. Everest.
Tibetan Plateau is also an important element influencing the climate of the planet. The high plateau as a windscreen stops the cold wind from North Asia to South Asia, while it also maintain the wet and mild south wind in South Asia which bring wet season to this area.
In summer, the plateau gets heated rapidly, and forms a high-altitude anticyclone- Tibetan High, which strengthens the intensity of south Asian monsoon and affect the position and strength of subtropics.

Tibetan Plateau is sparsely inhabited, but it is possible that the Paleolithic culture were existed on this land 20,000 years ago. Affected by surrounding cultures such as Han Culture, culture of China's western regions and Indian Culture, Tibetan culture still maintains its characters. As the people here are mainly nomads, Tibetan Buddhism could accept meat as food.