Hexi Corridor on the Silk Road 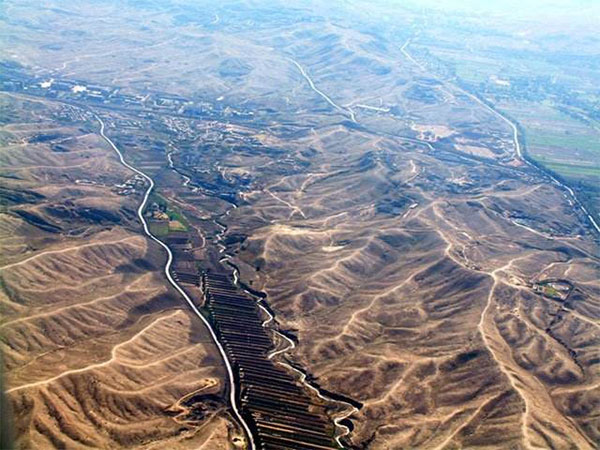 The ancient silk road started from xi 'an and crossed the Hexi corridor and then entered Xinjiang from Yang Pass and Yumen Pass respectively. The Hexi corridor became the hub of the ancient silk road, connecting the material trade and cultural exchange of the three continents of Asia, Africa and Europe. The eastern and western cultures had a mutual reaction here and accumulated a magnificent historical civilization.

Hexi corridor, or Gansu corridor, towards the west of the Yellow River, was the throat as well as the artery of the ancient silk road and a microcosm of the silk road.

The Hexi Corridor, which lasts for 1200 kilometers from steep Wushaolin hillside to Xingxingxia Gorge, at the border of Gansu and Xinjiang, is really a narrow but long stretched passage.Since ancient times, the Hexi corridor has been an artery between China and the Western Regions as well as the North Silk Road. Jiayuguan, Dunhuang Mogao Grottoes and Yangguan Pass are all located in the west of the corridor. Dunhuang, Jiuquan, Zhangye and Wuwei were the primary economic, political and cultural exchange centers along the corridor.

During the Han Dynasty, Zhang Qian who was delivered to the Western Regions twice must pass the Hexi Corridor in his whole journey. And it was the right place that Huo Qubing, a general of the Han Dynasty, driven out the huns, making the Silk Road channel unobstructed. 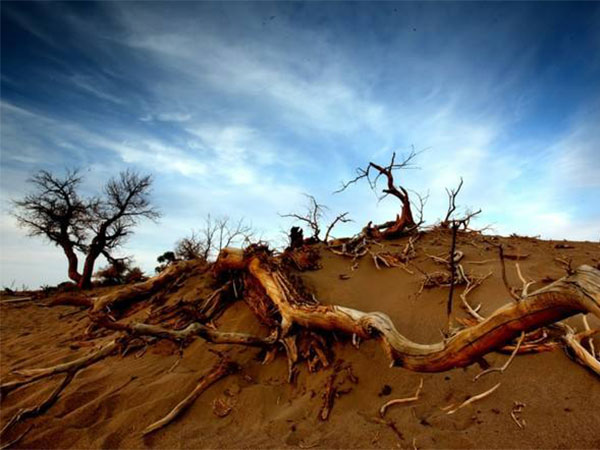 The Hexi corridor, known as the northwest granary, is located in the northwest of Gansu province. It is a place with plenty of water and lush grass and is rich in natural resources. It is the result of the melting of snow and glaciers in the Qilian mountains. Once the Qilian mountain has problems, it is undoubtedly worse for the ecology of Hexi corridor which is already in danger.

In recent years, Qilian mountain, as the "mother mountain" of the whole Hexi corridor, there have been serious problems such as snowline shifting, glacial retreating, grassland degradation and forest loss.

At the west end of the corridor, the last green barrier of Dunhuang - West Lake National Nature Reserve, the remaining 113,500 hectares of wetlands is shrinking year by year due to the scarcity of water. The kumatag desert is approaching the wetlands at an rate of 4 meters a year.

On the other hand, the Hexi corridor, due to the large temperature difference between day and night, is abundant in sunshine and suitable for growing grapes. The yield of grapes in Jiuquan, Jiayuguan, Jinchang and Wuwei is abundant. On September 15, 2015, at the work conference of the government of Gansu province, the first industry to encourage the development of Gansu was the cultivation and brewing of high-quality wine grapes.

Hexi corridor is expected to be an important part of the world wine sector. 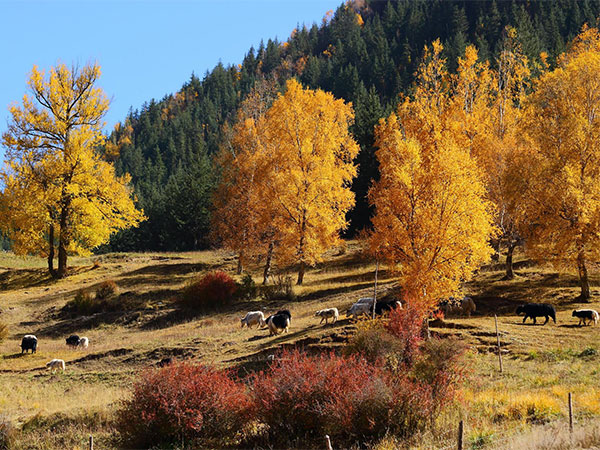 Nowadays, the Hexi Corridor is actually a must for Silk Road Tours. Travelers are willing to have the overall view of the gorgeous landscapes as well as enjoy the ancient civilization with long history; experience the greatness of the Great Wall as well as posts on the Silk Road.

Main attractions along the Hexi Corridor:

Mogao Grottoes (Dunhuang): one of three noted grottoes in China for its fabulous frescos and statues; the largest, oldest and the best-preserved Buddhist grottoes with the richest contents in the world today.

Yumenguan Pass (Dunhuang): a strategic pass on the ancient Silk Road; takes a square form and the well-preserved body of wall was built with stable loess with each gate in the west.

Yangguan Pass (Dunhuang): the important pass on the Southern Way of Silk Road, and the significant gateway connecting Central China and Western Regions.

West Thousand-Buddha Cave (Dunhuang): is considered as Dunhuang Buddhist art; the frescos in this cave are similar in structure and artistic style to those found in Mogao Caves.