Animals are really an essential part in the history of the Silk Road. They played an irreplaceable role in the silk road transportation. While those animals such as sheep and goats supplied the necessities in everyday life for numerous folks, horses and camels both provided local requirements and had been keys to the development of worldwide relations and trade. Even today in Mongolia and some areas of Kazakhstan, the rural economy may still be very intimately connected with the raising of horses and camels. Their milk products and, even occasionally, their meat, are a part of the local diet. Considering their particular significance, the horse and camel had an important place in the literatures and representational art of lots of peoples on the Silk Road.

Horses on the Silk Road 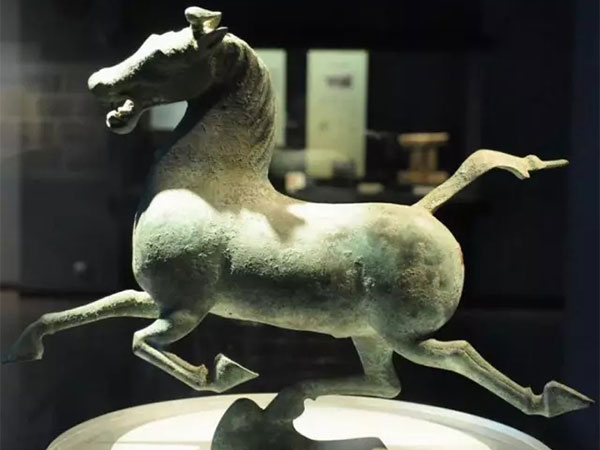 The most known example to illustrate the importance of the horse in the history silk road is the Mongol Empire. From modest beginnings in some of the best pasturelands of the north, the Mongols came to control much of Eurasia, largely because they perfected the art of cavalry warfare. The indigenous Mongol horses, though not large, were hardy and could survive in winter conditions because of their ability to find food under the ice and snow covering the steppes.

Camels on the Silk Road 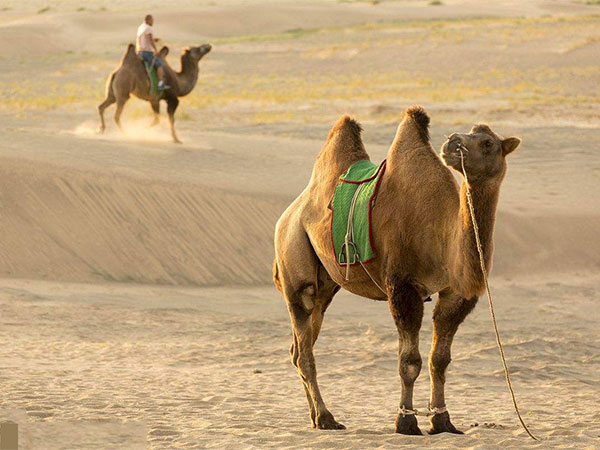 Important as horses were, the camel was arguably of far greater significance in the history of the Silk Road. Domesticated as long ago as the fourth millennium B.C., by the first millennium B.C. camels were prominently depicted on Assyrian and Achaemenid Persian carved reliefs and figured in Biblical texts as indicators of wealth.

In China, the awareness of the value of the camel was heightened by the interactions between the Han and the Huns toward the end of the first millennium B.C. when camels were listed among the animals taken captive on military campaigns or sent as diplomatic gifts or objects of trade in exchange for Chinese silk.

Bactrian camels with two humps and two coats of hair were commonly used on the Silk Road to carry goods. They could be employed in high mountains, cold steppes and inhospitable deserts. Bactrian camels can go a week without water and a month without food. The fact they can endure extreme hot and cold and travel long periods of time without water has made them ideal caravan animals.

Caravans on the Silk Road 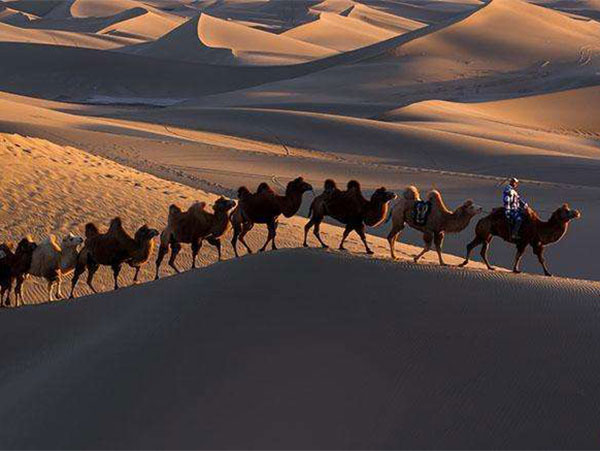 The process of travelling the Silk Roads developed along with the roads themselves. In the Middle Ages, caravans consisting of horses or camels were the standard means of transporting goods across land. Caravanserais, large guest houses or inns designed to welcome travelling merchants, played a vital role in facilitating the passage of people and goods along these routes. Found along the Silk Roads from Turkey to China, they provided not only a regular opportunity for merchants to eat well, rest and prepare themselves in safety for their onward journey, and also to exchange goods, trade with local markets and buy local products, and to meet other merchant travelers, and in doing so, to exchange cultures, languages and ideas.