In the Silk Road, the most moving scene was the convoy team which sent the princess to the minority nationalities in the border areas to make peace, this was called "Heqin".

Heqin (和亲,literally meaning "peace-making marriage") refers to the diplomatic practice in ancient China of the Chinese Emperor marrying off a “princess” (more often than not, a pseudo-princess of imperial descent, or a concubine that the Emperor had never met before and had just been newly created “Princess” for the very purpose of Heqin) to a chieftain or ruler of an aggressive barbarian neighboring state. The political marriage was expected to appease the chieftain, who, in return, would cease his aggression against China in the next few years. 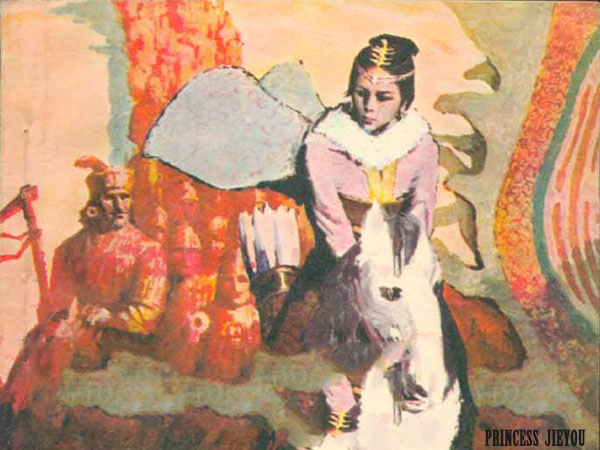 Princess Jieyou (120-49 BC) was born in a royal famil. In 101 BC, she took place of Princess Xijun and married Kunmo, the King of Unsin. She lived through three dynasties and once married to three husbands, of course, all three of them were King of Unsin. For half a century, she had been active in the political arena in the western region. She cooperated with the Han dynasty actively to restrain the Huns, and made great contribution to strengthen and consolidate the relationship between the Han dynasty and the Uisin. She was the most devoted heqin princess in the han dynasty as well as one of the most devoted heqin princess in Chinese history. 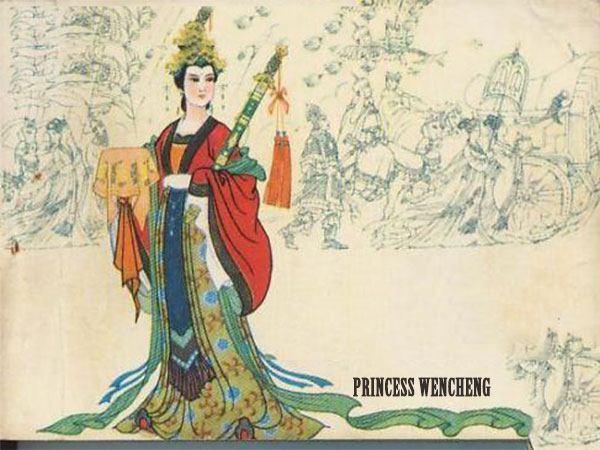 More than 1300 years ago, in 641 AD, princess Wencheng left the flourishing capital Changan (now Xian in Shaanxi Province) to the Tibetan Kingdom along with a huge team carrying substantial dowry, books, musical instruments, silk and grain seed. Additionally, lady's maid, a group of scribes, musicians and agricultural extension personnel were along with princess Wencheng. Princess Wencheng shouldered the harmonious political task of diplomatic relations, and her convoy team was helping her to finish her mission. 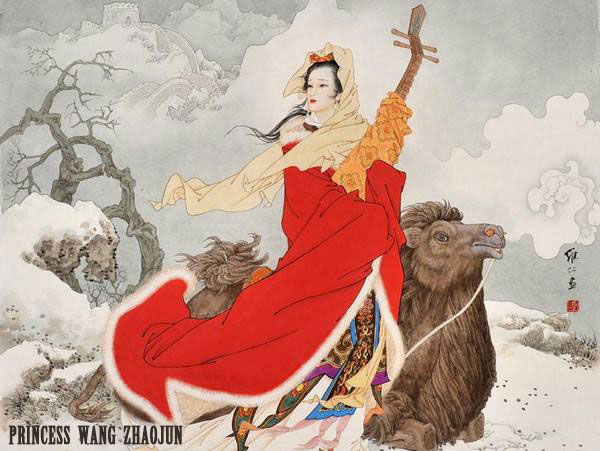 Wang Zhaojun was another well-known personality among these peace-making marriages. Initially a common palace lady-in-waiting ignored by the Emperor, she was married off to Huhanye Chanyu as an imperial princess. (Chanyu” was the title of ruler of the Huns) She became a favorite of Huhanye, and was honored as Ninghu Yanzhi (literally meaning “the Hu-Pacifying Chief Consort” of the Chanyu). The heqin marriage alliance was followed by decades of peace, trade and cultural exchanges between the Huns and the Han Empire. When she died, peasants/herdsman on both sides of the borders came to pay their homage. The Chinese people recognized Wang Zhaojun’s great contribution, and her case of peace-marriage ranks among the most-lauded stories in Chinese history. 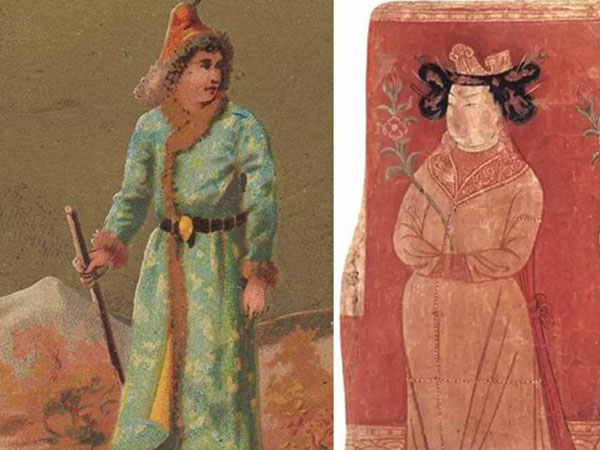 However, not all friendship princesses were as lucky as Princess Wang Zhaojun. Peace-making marriage was a political/diplomatic mission for the friendship princess, whose effect was subject to the political circumstances of the time. From the very beginning, they were married off to a distant, strange land, and suffered longstanding homesickness and uncertainty.

Princess Ning Guo was married off to Ouigour chieftain, who proposed in 756 CE for marriage alliance with the Tang Empire after helping the Empire put down the An Lushan-Shi Siming Rebellion. However, the chieftain died only three months later, and the Ouigours demanded her to follow local customs by being interred with the deceased chieftain. The Princess protested, on which the Ouigours cancelled the requirement. However, as a compromise, Princess Ning’guo disfigured herself to manifest her determination of remaining single throughout her life thereafter.

A worse case was Princess Taihe, who was married off by his brother, Emperor Muzong of Tang Dynasty, to Ouigour. She spent twenty years in Ouigour, and endured numerous insults and scares in the midst of war. Though rescued back to Chang’an, she had suffered immense harms, both mental and physical, and died not long after.

Though mostly on political & diplomatic missions, peacemaking marriages were often matched by economic and cultural exchanges. In the Silk Road history, the ancient China convoy team of peace-making marriage was printed a memorable page of the Silk Road History records.