In the silk road, people who didn’t aim to pursue benefit, instead, seek gospel and truth, come and go various regions by overcoming a lot of difficulties, tended to be the religious monks. Perhaps the most representatives of Chinese eminent monks in Silk Road were Fa-hsien and Hun Tsang. 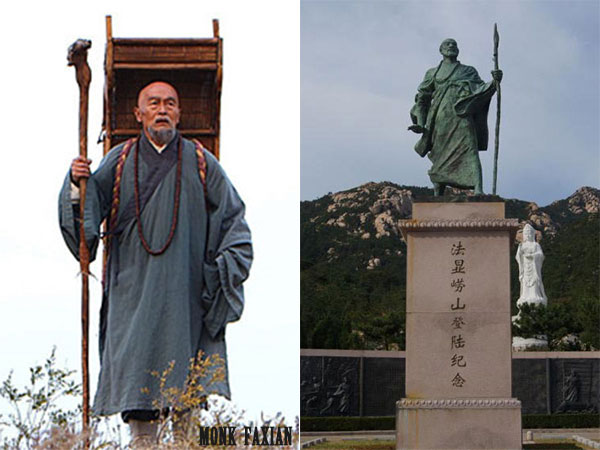 Faxian, or Fa-hsien, was famous monk of the Eastern Jin Dynasty. In 399, in order to make up for the lack of precepts part of Chinese Buddhist sutras, he decided to travel to India to get precepts sutras.

Along with the people engaged in the same pursuit, Faxian started from Chang (now Xian in Shaanxi Province), then arrived at Dunhuang (Gansu Province), passed the desert and climbed over Congling (the general term of Pamirs, Kunlun Mountains and Western Karakoram). They experienced lots of difficulties, and even some companions died on the way. But finally they arrived at India.

But even in India there weren’t the precepts he had sought. Then he tossed about all over India. Once he met Buddhist sutras, he would did a copy. Later in 412, he returned to China by sea.

Faxian had already been over sixty years old at the time of his travel to India to go on a pilgrimage for Buddhist sutras. After his return, he translated all the Buddhist sutras he had got, and the total number he had translated was 6 parts with 63 volumes. Also, he recorded his own experience of his pilgrimage for Buddhist sutras, and this became the later ‘Buddhist remember’, or ‘A Record of Buddhistic Kingdoms’. This was really a significant literature which recorded the silk road and the relationship between China and India. 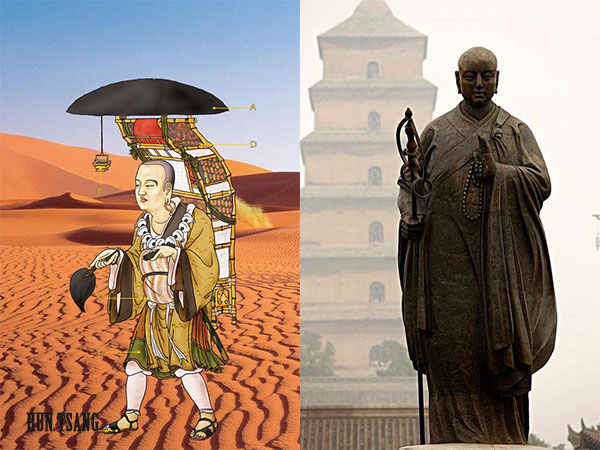 Hun Tsang, or Xuanzang, was a famous monk in Tang dynasty. In order to pursue the knowledge of Buddhism, he traveled a lot and visited famous teachers. At that time, he had contacted and understood the theory of various sects of Chinese Buddhism. Since he still had lots of questions in his mind, he decided to visit India to seek Buddhist scriptures and compare and verify the truth.

Hun Tsang stayed in India for many years. Nobody could surpass his knowledge of Buddhism. He was proficient in all Buddhism sutras. He had obtained the highest honor of Buddhism with the title " Tripitaka Dharma Master ".

In 645, Hun Tsang returned to Changan. Due to the requirement of the Emperor Taizong, he wrote down ‘Records of the Western Regions of the Great Tang’ according to his own travel. This literature was really a precious ancient books and records about the Western Regions and the Silk Road.