Zhang Qian, an outstanding diplomat, traveler and explorer in the Han dynasty of China was honored as the "pioneer of the silk road", "the first Chinese to open their eyes to see the world" and "the Columbus of the east".

Zhang Qian had a pioneering and adventurous spirit as well as a strong and unyielding character. In 139 BC, with the command of Emperor Han Wudi of the Han dynasty, he led more than 100 people to the western region and opened the north-south road to the western region, namely the famous silk road. 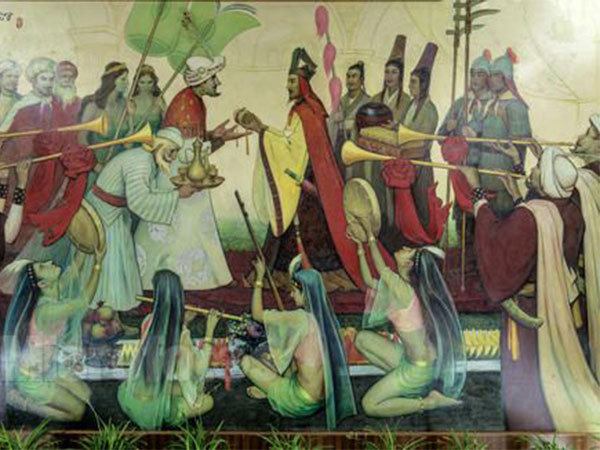 As early as 2000 years ago, at the reign of Emperor Han Wudi, Zhang Qian was dispatched on a mission to seek an alliance with peoples in the west of China to fight against the northern tribes.

Zhang Qian started his trip from Changan(now Xian in Shaanxi Province) to Longxi (in Gansu Province). Along the way, no matter how difficult the environment was, his faith was firm. But then Zhang was captured by the Huns just as he left Han territory, and was held prisoner for a dozen years.

Afteran eleven spring and autumn recycling, then the Huns’ supervision became loosen, hence, Zhang Qian ran away with his personal accompany. They continued to travel west without any dry food and drinking water. Due to the excellent skill of shooting arrows of his accompany, they survived by eating some birds and animals along the way.

After several days, they finally came to Dayuan (current Fergana Valley in Central Asia). The king of Dayuan received Zhang Qian and asked him to look around their Ferghana horse. With the help of the king, Zhang arrived at Qangly (current Syr Darya Area) and Dayueshi (current Amu Darya Area) successively. However, people in Dayueshi enjoyed their life in Amu Darya Area and they didn’t want any war. Though Zhang hadn’t finished his mission, he brought back a large number of knowledge of the Western Regions. 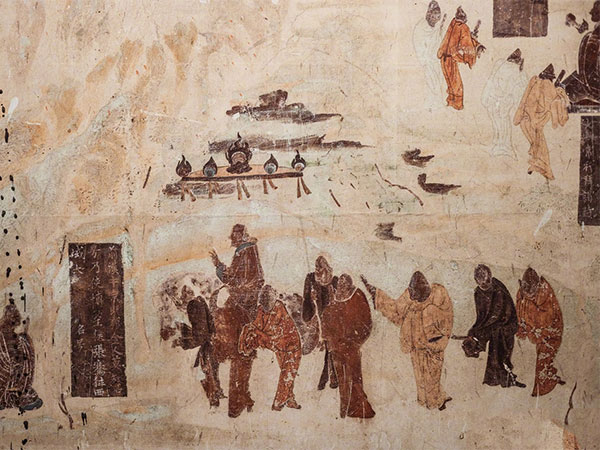 In 119 BC, in order for a further contact with Uisin, the Han dynasty sent Zhang Qian to the Western Regions again. This time, more than three hundred people were along with Zhang. They arrived at Uisin smoothly and visited Qangly, Dayuan, Dayueshi, Daxia, Anxi, Sindhu (in India) and other countries. But because of the civil strife in Uisin, Zhang failed to achieve the purpose of the alliance. The Emperor Han Wudi then sent Huo Qubing to attack the huns. Huo eliminated the huns in the Hexi Corridor and MoBei and then established the Hexi four counties and two passes. 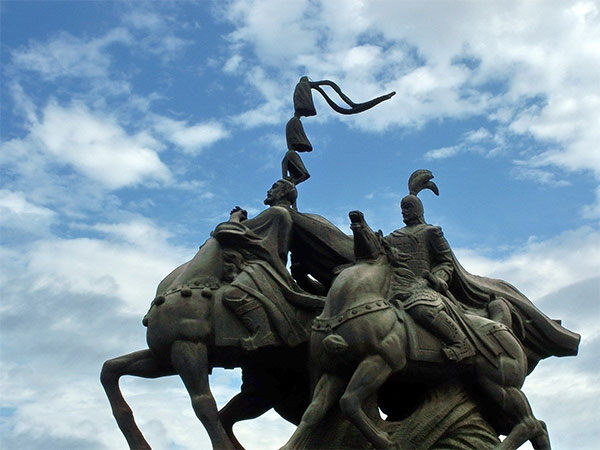 Due to the effort of Zhang Qian, the silk road started. Zhang was definitely the first to open the gate to the Western Region, and the Silk Road that he pioneered ushered in a new era in economic and cultural exchanges between the East and the West. The "Silk Road" was one of the main passageways to communicate with the outside world after Zhang Qian passed the western regions in the Han Dynasty.

Also, the raw materials, grapes, originate in the Caucasus region between the Black Sea and the Caspian Sea, was conveyed to China until Zhang Qian’s travel to the Western Regions.

Zhang Qian was not only the first ambassador going abroad in Chinese history, but opened the door of China's exchanges with central Asia, western Asia and Europe. At the same time, through his diplomatic practice, the diplomatic concept of equal and honest exchanges between countries was raised for the first time. The bridge of friendly exchanges between the Han and western countries was also constructed, and the cultural and economic exchanges and development between the east and the west were promoted. Zhang Qian's Expeditions to the Western Regions injected new vitality into the civilization and progress of the whole world.