Wanna experience a different summer vacation in China? China Summer Tour Destinations would like to introduce some idea of where to visit during the hot summer time. Have a swim in the summer sea in Sanya, cruise along the mighty Yangtze River, or, tour to Yellow Mountain and Zhangjiajie to avoid the summer fever, etc. are all optional. Come with us, you will find the best place to have fun in summer for June, July and August, all yours! 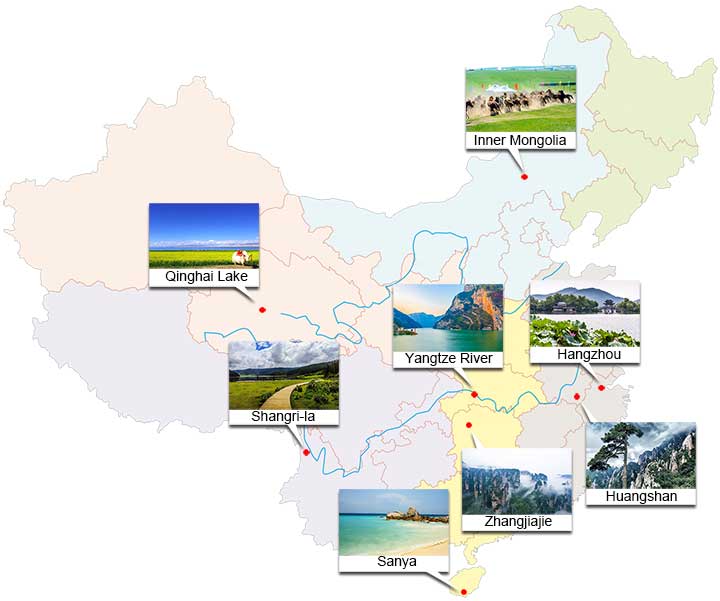 Sanya has a long history and colorful culture. The Ends of the Earth, Yazhou Ancient City contain a rich history and culture. From its sea views, Sanya becomes a resort to spend a long-term holiday. People will feel leisure from the daily pressures when walking on the beaches. We promise that you can spend a leisure time by losing yourself in this charming city. 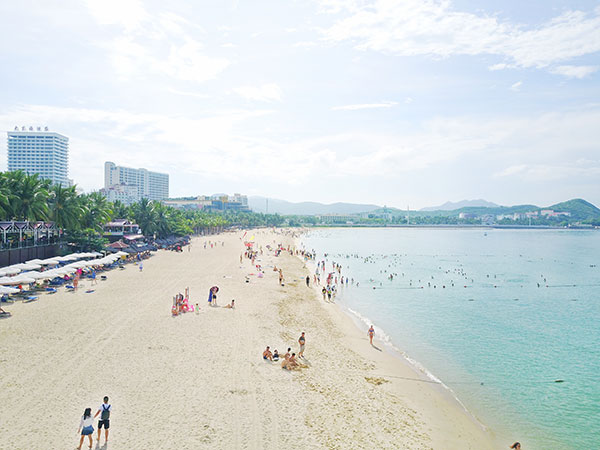 The Yangtze River Three Gorges are grand canyons along magnificent landscapes of Yangtze River, it is one of the top ten scenic spots in China.

The Yangtze River three gorges is the World’s largest water conservancy hub project---the three gorges project. Qutang gorge, which is located in Chongqing province Fengjie, Wuxia gorge, is located in Chongqing province Wushan and Hubei province Enshi and Badong county, Xiling gorge is in Hubei province Yichang city Zigui county. The Yangtze River three gorges, is the only grand canyon where can take a boat tour in the world, is the two earliest golden itineraries that recommended to the world in China, is famous for its beautiful natural scene and magnificent rivers at home and abroad.

The Yangtze River is one of the cradles of the Chinese ancient culture. The deep great canyons used to be the battlefield in the Three Kingdom period. There are many places of attractions here: White Emperor City, Shibaozhai, Fengdu Ghost City and other attractions reflecting with the charming scenery landscape which makes it more beautiful. 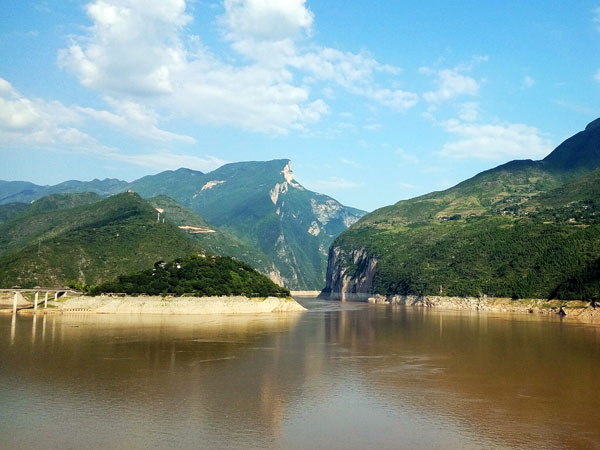 Located in the east of China, Hangzhou is a hot tourist destination in China. To speak of Hangzhou, people are likely to mention the old saying:"Up above there is Paradise, down here there are Suzhou and Hangzhou." Summer time is one of the best period to travel to Hangzhou, as it is the flowering phase of lotuses in West Lake. Here grows a lot of lotuses in West Lake. When summer comes, the lake is decorated by a large cloud of blooming lotuses flowers, which make it look very beautiful.

West Lake is located in the western city center of Hangzhou. It is famous for beautiful lakes and mountains view, as well as many famous monuments around it. It is a must see when you travel to Hangzhou. 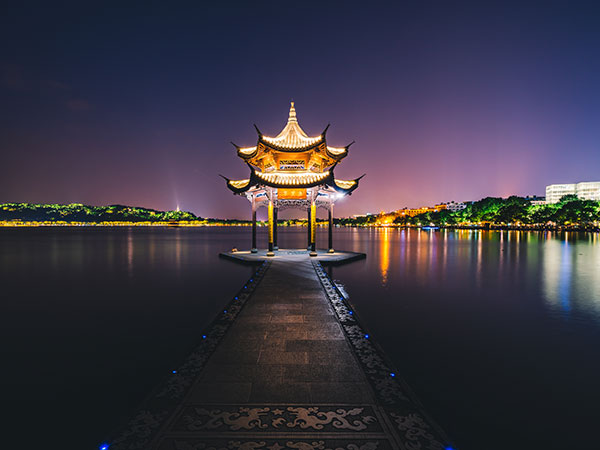 Located in the south part of Anhui Province, Yellow Mountain is one of the top mountain-view spots of China and known as the No.1 Mountain under heaven. It features imposing peaks, grotesquely-shaped rocks, steep cliffs, fantastic caves and those peculiarities that make the mountain outstanding among others. Yellow Mountain is celebrated for having all the features of mountain scenery.

In 1990, UNESCO enrolled it as a World Heritage Site. 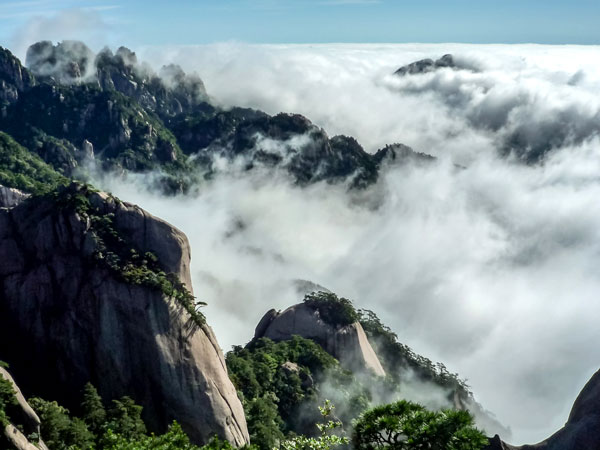 The region of Zhangjiajie in northwestern Hunan Province is like a natural labyrinth, especially renowned for its mountain scenery. Wulingyuan Scenic Resort of this region, which including the famous Zhangjiajie National Forest Park, Suoxiyu Scenic Area and Tianzi Mountain Nature Reserve, is the nice summer resort for avoid the hot summer fever.

Enjoying superb geographical and natural environment, Zhangjiajie National Forest Park is located in the southern part of the Wulingyuan Scenic Zone. With several thousand mountain peaks of quartz stand rise abruptly from the ground it has mild and humid climate, the highest temperature during the summer hovers around 28℃. 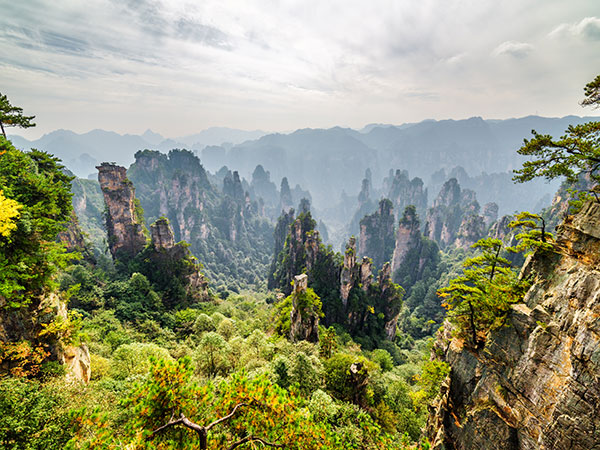 Vast grassland is the most attractive natural scenery of Inner Mongolia. Summer will be the best season, especially July and August, to take a visit for its high blue sky, flourishing grass and plain but colorful wild flowers. You can even get a chance to join the famous Nadam Fair held in Xilin Gol.

Hulun Buir Grassland has entitled the most beautiful grassland in China, which is the best preserved and most fertilized grassland and rich in herbage resource. 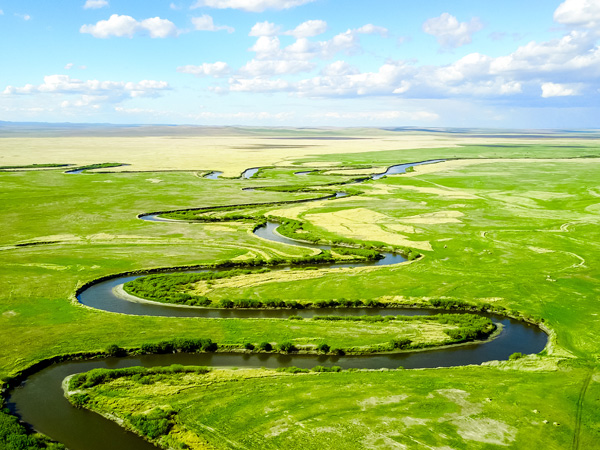 Xilin Gol Grassland, as the Hulun Buir Grassland, is one of the 4 great grasslands in China. It is a national protection zone for meadow grassland, sandy grassland and valley-wetland system, etc.

Sheila Muren Grassland is a typical highland grassland with flocks and herds wandering around.

Located in the north mergin of Yunnan Province, Shangri-la is a remote peaceful land with transparent sky, snow-covered mountains, dignified monasteries and primary forest. The best time for a travel will be May to July and September to October. During the early summer, lush trees, serenity lakes and vast grasslands are in their prime time, you will also find wild flowers, especially the graceful azaleas, varied in shapes and kinds, coloring the fields. If you come here in autumn, there will be another kind of scenery that waiting for you to discover.

The best time for azaleas visiting will be from middle June to early July. 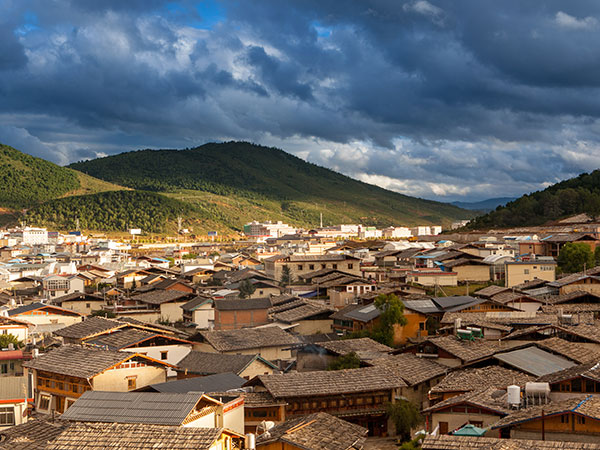 Situated in northeast part of Qinghai Province, 150km away from Xining the provincal capital, Qinghai Lake, or Koko Nor in Mongolian, means “the Blue Lake” as it reflects the colorful of the pure highland sky, peaceful and serenity. However, during the booming summer time, it shows another beauty, which is more bright and vivid. At that time, yellowing rape flowers fields will embrace this deep blue lake which reflects the slowly moving white clouds above. Yellow, blue and white, all colors weave into a brilliant oil painting. If you come to visit the lake during July and August, you may also have chance to participate the International (bicycle) Tour of Qinghai Lake.

The best time to view the flourishing rape flowers will be from middle July to early August.

These are the most recommended summer tour destinations in China. The view in these places are the most beautiful.