Best Places to Visit in China in August

Best Places to Visit in China in August here has listed the most suitable places to visit in August. Each of them has different special features. Staying in crowded urban full of people and vehicle, it is better to go to a trip for August, for those mountains, water and other charm of the branches. The following will recommend comfortable ancient town of Lijiang, famous Mount Lu and best summer resort of Chengde and charming Tibet.

• The reasons go in August:
Every August is the most beautiful month in Lijiang. The suitable temperature, cool and refresh environment, colorful trees and flowers with nearby Jade Snow Mountain which is invigorating. Bridges, flowing streams from the snow-capped mountains of melting snow; it is so pure, cool and refreshing.
Summer in Lijiang, particularly June and July, is mild and comfortable, but the long season is usually very wet. Temperatures almost never get higher than 25°Celsius, and nights are cool and pleasant. From June through September rain normally falls every day. August in Lijiang may often see spectacular lightning storms, but the frequent rain may make August and September particularly chilly at times, and the usual cloud cover makes this time of year less than ideal for sightseeing.
Recommended Lijiang Attractions can be found on page: Best Place to Visit in Lijiang 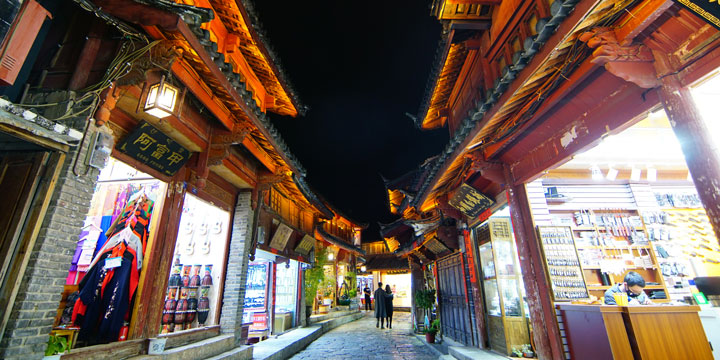 • The reasons go in August:
Lushan Mountain is located in the eastern China subtropical monsoon area, facing river and near lake. It is very high and the valley is very deep which represent the distinct mountain climate features. Every year from July to September, the average temperature of Mount Lu is 16.9 ℃, with extreme maximum temperature of 32 ℃ in summer, but it is cool and pleasant there. The unique climate conditions of Mount Lu can produce amazing, colorful, changing and endless meteorological sceneries, such as Clouds Sea, waterfall cloud, fog, and halo. Good climate and beautiful natural environment make Mount Lu to become the world famous summer resort.

It has a dangerous outside with a variety of landforms: rivers, lakes, and hillsides, mountain peaks, however, it has an elegant inside. Dahanyang Peak, the highest peak of this mountain, is 1474m high. More than 171 peaks had been named in ancient time, along with 16 stone caves, 20 valleys, 22 strange stones as well as 26 ridges. Streams and waters grow into branches in rives valleys and form a lot of torrents, 14 ponds, 18 mountain streams as well as 22 waterfalls. All these fantastic landscapes in Lushan Mountain have significant science and tourism value. 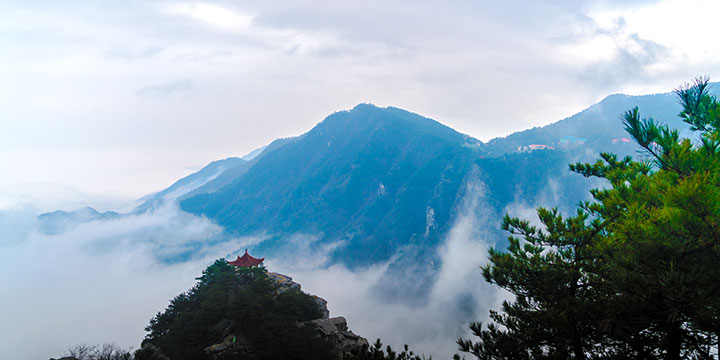 • The reasons go in August:
Chengde is one of the most famous summer resorts in China. It has Chengde Mountain Resort, Small Potala Palace, and many other human landscapes, the cool wind of the night let a person fall asleep easily. Bashang Grassland grasses are green in only June, July, August and September every year, and August is the most prosperous growing time of prairie. Seeing horse racing, the meadow hills, it is really beautiful.
The best season to visit Chengde is summer; it is also the peak season of the year. People go there for the summer resort, which provide a shelter for people to escape the heat in the urban. Chengde is renowned for its beautiful scenery and the palaces; the highlight is the summer resort. The summer resort is a large complex of imperial palaces and gardens, if you are not on a package tour; then you need take a cart to the main attractions. The highlight is the palaces and the lama temples; they are much like the palace museum. The surrounding is always worth a look. When you get in, do keep your entrance ticket receipt, there are several ticket checks.
Recommended Chengde Attractions can be found on page: Best Place to Visit in Chengde

• The reasons go in August:
Influenced by different and complicated weather, it is not always suitable to visit Tibet all around the year. The golden season for traveling is from May to October. During this time, according to scientific statistics the weather is fine and pleasant and the density of oxygen is the highest. In addition, several Tibetan traditional folk festivals are also celebrated in this season, such as the Shoton Festival (on Tibetan July 1st to July 5th), Buddha Unveiling Festival and Nakchu Horse Race Festival. These festivals provide tourists a perfect chance to get profound understanding of Tibetan culture and immense in.
Recommended Tibet Attractions can be found on page: Best Place to Visit in Tibet 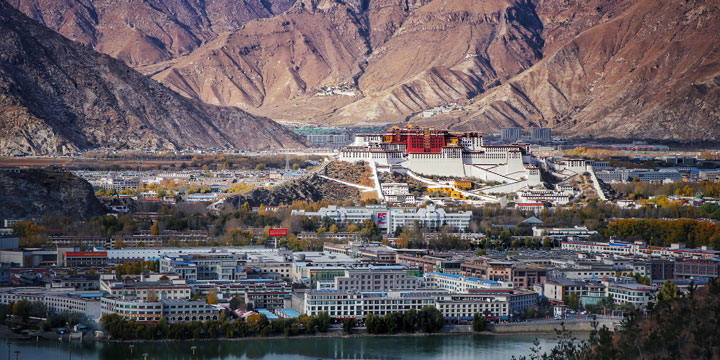 1. Don’t remember to take sun cream and sunglasses, China in August is with strong sunshine.

2. Since at the end of August is the end of student’s summer holidays, students will back to school at this time, airfare may be higher than usual time.

It’s hot in China in August, the sun would set so high with intense ultraviolet. The above we listed above are the best places to visit China in August; they are in high altitude that the temperature is lower than other places. So even it’s hot in China, you still can enjoy cool China tour in August.