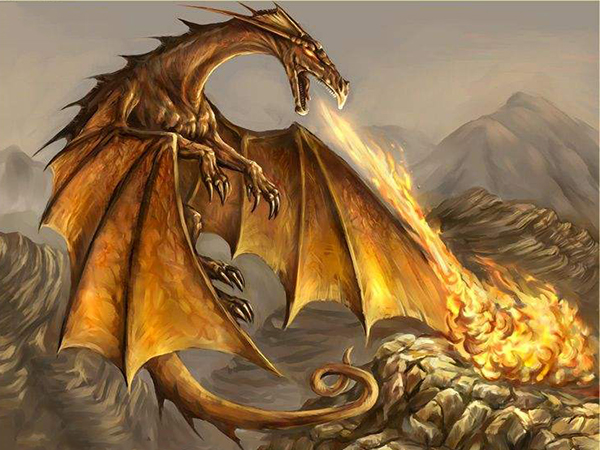 Chinese dragon and western dragon are two different creatures, both of them are virtual, and first created in mythologies and tales, and have roots in religion, then elaborated in literature works. Chinese dragon is called Long in Chinese language, and it is a noble divine creature, respected as a God, with the symbolic meanings of fortune, good luck, peace, authority and prosperity; while western dragon is belittled as an emblem of the evil, greedy for gold, with the symbolic meaning of destroy and deceiving. The following makes an introduction of Chinese dragon and western dragon from aspects of physical features, origin in mythology, and image in religion and literature works. 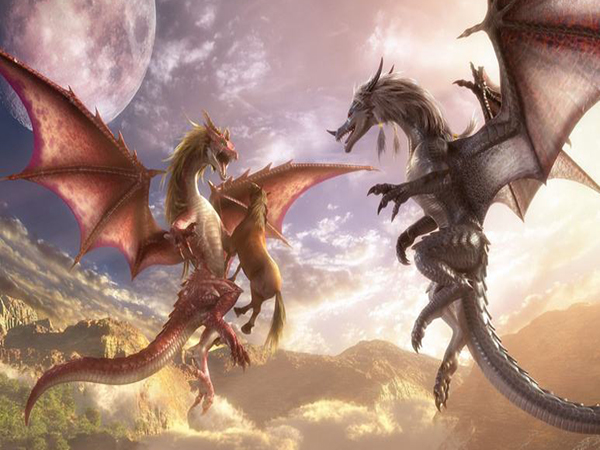 Chinese dragon and western dragon are powerful creatures, and they are able to join fierce and dreadful battles, and their strengths can be seen from their physical appearances.

Chinese dragon is a large virtual snake-like creature whose body has a saying of Nine Resembles, which may be is a method to underline its powers. Chinese dragon has sharp claws of eagle, hard scales of fish, agile neck of snake, and antlers of a deer, and its physical appearance vaies according to different records. While western dragon is a large virtual lizard-like monster with scales, horns, bat-like wings, fours legs and a long tail. As for their unique powers, Chinese dragon lives in waters, controlling thunder, lightning and water, and summoning cloud, and it has the power of flying, like floating in the air, and swimming in waters; western dragon lives in underground lair, having the powers of breathing fire, and flying as it has leathery wings. 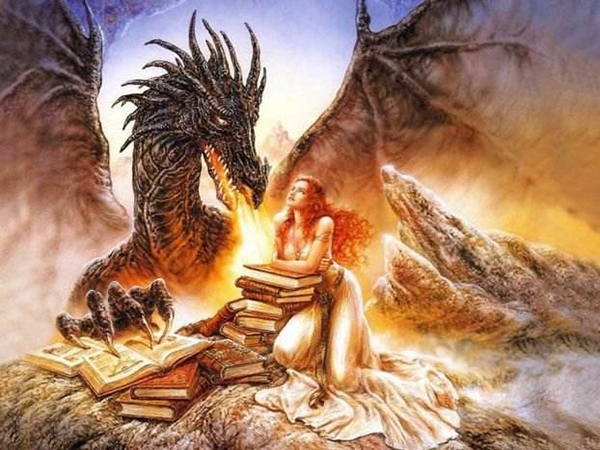 Chinese dragon and western dragon both are not real creatures, and they are created in mythologies and tales. After thousands of years, their images and attributes may be different according to different legends and tales, but they may have something general, and leave an unchangeale impression to people.

The English word, dragon, has an original root in the Greek word, drakon, which means serpent. From this, we can see that dragon evolves from a reptile. Western dragon is a general name to call dragons in western countries, or European countries, considering that their cultures are some way similar, and are called western culture in a bigger level, and dragons in those countries are not totally strange, having the features of devil and fierce. And western dragon’s origins can be found in those countries’ myths.

In Greek mythology, dragon appears as Typhon, Ladon, Lerneaan Hydra, and Python. Typhon is a monstrous dragon with a hundred heads of a snake, and it was defeated by Zeus in their battle for the ruling of the cosmos. Ladon is a serpentine dragon with a hundred heads of a snake that guards the golden apples in the garden of the Hesperides and is slain by Heracles. Python is the earth-dragon that lives in the center of the earth and guards the Delphic oracle, and it is slain by Apollo. Lernaean Hydra is a water serpent with poisonous blood and many heads and one head is immortal, and it is killed by Heracles with the help of sword and fire. Dragon also appears in English mythology. In the English legend, Saint George and the Dragon, the dragon lives in a pond, and poisons the countryside, then it is offered sacrifices of sheep and human beings by villagers. While one day, one princess becomes the sacrifice, and Saint George saves her by killing the dragon. The above myths tell that dragon is a symbol of evil, and the dark of humanity, and it is fierce, cruel, violent, and greedy.

Chinese dragon  has also been depicted in Chinese mythology, and it may appear as Dragon King, Azure dragon, Yellow dragon, White dragon and so on, because Chinese dragon has many kinds. Yellow dragon, also named Yinglong, is a mythical creature in legends. In the Shan Hai Jing, a collection of Chinese mythology, there is a description about Yinglong: Yinglong is a creature living in the heaven, and it helps the Yellow Emperor to kill Chiyou and Kuafu. In the tribe war, the Yellow Emperor defeats the Yan Emperor. Later, Chiyou declares a war to revenge for the Yan Emperor, and Kuafu joins Chiyou’s team. After Yinglong kills Chiyou and Kuafu, it can’t go back to the heave due to injuries, and then it lives in the southern China. Moreover, there is a saying that in the times of Yu the Great, in the event of a big flood, Yinglong has lent a land to Yu the Great to control the waters. The two legendary sayings make Chinese dragpm a benevolent creature to human beings, because dragon helps to solve problems and difficulties, and tries to protect human beings from natural and man-made disasters.

Image in Religion and Literature 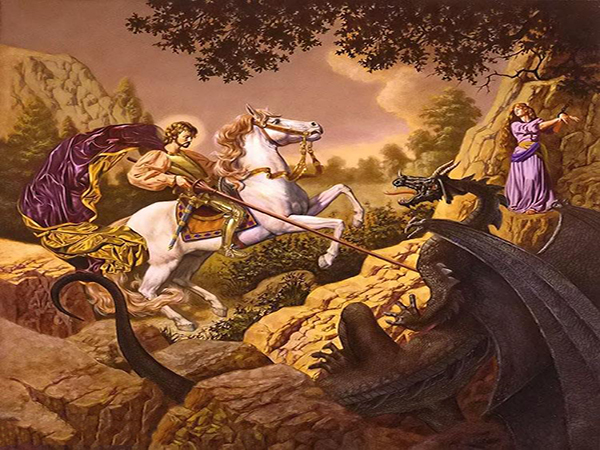 Western dragon has been portrayed as an evil in the Bible, whether in the Old Testament or in the New Testament. In the Book of Revelation, dragon is a serpent called the Devil, Satan, red and of great size, having ten horns and seven heads upon which are seven crowns, but it wants to eat a child. Still dragon is a deceiver of the world. Dragon is the enemy to human beings and should be defeated.

Chinese dragon appears in religion as a good spirit, and does the helping and saving work. In Taoism, Chinese dragon evolves from serpent, and its main work is to drive the Taoist to the Heaven and the Hell to communicate with gods and ghosts. And senior Taoists can summon dragon to help solve tough problems and people’s miserable sufferings. With the coming of Buddhism in China, beliefs in dragon king occur in Taoism and spread in believers. It is also said that where there is water, there is a dragon king who controls rainfall having impacts on agricultural harvest, then buildings of dragon king temples spring up like a snowball.

Literature works usually describe fantastic objects, especially fiction, and mythical and powerful dragon would not be ignored and forgot by writers. In the English poem, Beowulf, dragon is depicted as a treasure-hoarder, and it is capable of emitting fire. It gets furious after finding a golden cup is stolen and has a battle with Beowulf, but in the end it is killed by Beowulf who is also dead due to its poisonous blood. In a Chinese fiction, Journey to the West, dragon appears as an intelligent helper. Dragon King is under the ruling of the Jade Emperor, though it is ennobled as a god. And it governs oceans, lakes and rivers, and controls water and rainfall. When there are omissions in his job or he makes mistakes, he may be punished by the Jade Emperor.

If you pay enough attention to dragon, you may find that dragon in west countries or in China appears in other literature works and television works.

From the very beginning, the images of dragon in west countries and China are set, and they don’t change in the several thousand years. Western dragon is more of a negative character, an outrageous monster, which makes the heroes valiant and renowned, who defeat and slay the evil dragon. While Chinese dragon is famous for its strong power and kindness and benevolence, which helps god and human beings remove obstacles and overcome difficulties, and brings rains to dry crops harvest to farmers. In terms of the two powerful creatures, you may wonder: if there is a fight between them, which one will win? To this question, you may analyze their powers, but I say peace and prosperity is the theme of this world, and  anyone who is in the side of human beings will win.