Inner Mongolia Minority Autonomous Region is the first minority autonomous region established in 1947, with Hohhot as its provincial capital. Located in the northern margin of China, it shares an international border with the countries of Mongolia and the Russian Federation. Populated largely by Mongolian and Han people, this region is also home to people of Korean, Hui, Man, Daur, Ewenki and Oroqen.

This region administrates prefecture level cities, 3 Mongol leagues and several sub- jurisdictions. It is the third-largest subdivision of China spanning about 1,200,000 km². The official languages are Chinese and Mongolian.

With an average altitude of 1,000 meters above sea level, it located on the southeast part of the second largest plateau - Inner Mongolia Plateau of China. It is a land enjoys abundant mineral, solar and animal agriculture resources.

Xinjiang Uygur Autonomous Region is the largest Chinese administrative division and spans over 1.6 million km2 (or 16% of China's total land area). It borders Russia, Mongolia, Kazakhstan, Kyrgyzstan, Tajikistan, Afghanistan, Pakistan and India, with its borderline stretches more than 5,600 km. 47 minority groups are living in this land. It is renowned for its gorgeous natural beauty and plain ethnic custom and profound culture. It has abundant oil reserves and is China's largest natural gas-producing region.

Situated in the southwest of Qinghai-Tibet Plateau, China, Tibet Autonomous Region is a province-level autonomous region that was established in 1965. It covers an area of 1.2 million square kilometers which is 4,000 meters above sea level at an average. It administrates 1 prefecture level city and 6 districts. Lhasa is the capital and also the political and cultural centre of the region.

It is known as the 'the roof of the world' or 'the third pole on the globe'. Its incomparable natural beauty, spectacular monasteries and unsophisticated custom and mysterious religious atmosphere are the very reasons that attracted people from all over the world.

Tibet borders Xinjiang Uygur Autonomous Region on the north, with Qinghai and Sichuan lie to the northeast and east, has a short border with Yunnan province to the southeast. It is home to a number of different ethnic groups including the Tibetan, Han, Hui, Monba and Lhoba plus small groups of Sherpa and Cheng people.

Guangxi Zhuang Autonomous Region is located in southern China, with Nanning as its provincial capital city. It is bordered by Yunnan to the west, Guizhou to the north, Hunan to the northeast, and Guangdong to the east and southeast. It also bordered by Vietnam on the southwest side. Guangxi is the only province that connected with Southeast Asian countries by both land and water accesses. It is the transit hub between southern China and southwest China. It is a land that rich in mineral, marine and natural resources.

The abbreviation of the province is "桂" (Gui), which comes from the city of Guilin, the former capital, center of much of Guangxi's culture, politics, and history, and currently a major city in the autonomous region.

It is home to a number of different ethnic groups including the Han, Zhuang, Miao, Yao, Dong, Mulam, Maonan, Hui, Jing, Yi, Shui and Gelo, etc.

Situated in western China, Ningxia Hui Autonomous Region borders Shannxi to the east, Inner Mongolia to the west and north, Gansu to the south, is an important transit hub between central plain and vast western regions of China. Has an area of around 66,400 square kilometers, it is home of the Hui people, and historically, it was one of the birth places of Chinese civilization. 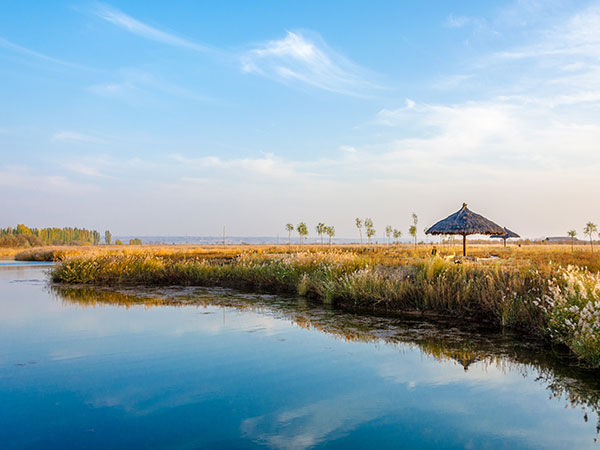 Ningxia has a continental climate with annual rainfall averages from 190 to 700 millimeters, more in the south region. Located on the Transition Belt between Loess Plateau and Inner Mongolia Plateau, layout of Ningxia declines from north to south, has vast mountainous region and alluvial plain. The northern section, through which the Yellow River flows, supports the best agricultural land - famous Ningxia Plain, which is called the “Lush Southern-type fields north of the Great Wall”.

It administrates 5 prefecture level cities, 9 city-level districts, 2 county-level cities and 11 counties. Yinchuan is the capital city of this province


Gansu is located in the northwest of China, between the Qinghai-Tibetan Plateau and the Loess Plateau. With an area of 454,400 sq km, it borders Mongolia, Inner Mongolia, and Ningxia to the north, Xinjiang and Qinghai to the west, Sichuan to the south, and Shaanxi to the east. The history of this province can be dated back to the Spring and Autumn period, some 2,200 years ago. Thus it is one of the cradles of brilliant Chinese civilization.

Gansu has a population of 26 million (2009) and has a large concentration of Hui Chinese, while the southwestern corner of Gansu is home to a large Tibetan population. Lanzhou is the capital city of Gansu Province.

The Yellow River passes through the southern part of the province. The province contains the geographical centre of China and is the key transit hub of old Silk Road, connected inland plain and vast western regions.

Situated in a mountainous area of southwestern China, Yunnan Province is home to 25 nationalities; nearly 38% of the province's population are members of minorities. Though it is not a national autonomous region, it administrates 8 autonomous prefectures and 29 autonomous counties. Yunnan is noted for a very high level of ethnic diversity. Most of the population lives in the eastern part of the province.

Yunnan located in low altitude plateau, has a generally mild climate with pleasant and fair weather. The average temperature in winter is around 8°C to 17°C, vary from 21°C to 27°C during the summer time.

Yunnan is one of the most popular tourist destinations in China, which is rich in natural resources and has the largest diversity of plant life in China. Kunming is the capital cityl, while Lijiang, Dali and Shangri-la are the 3 major tourist destination of the province.