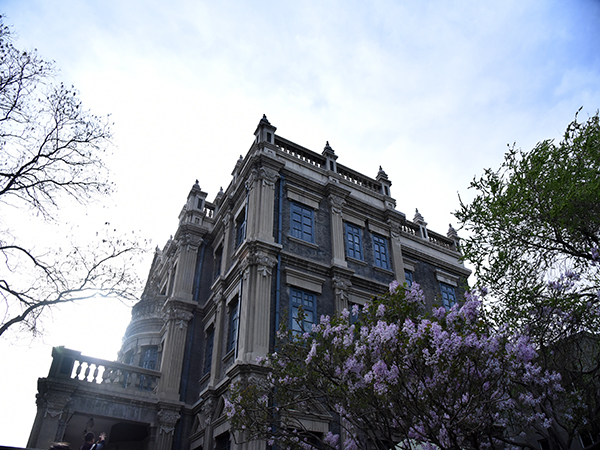 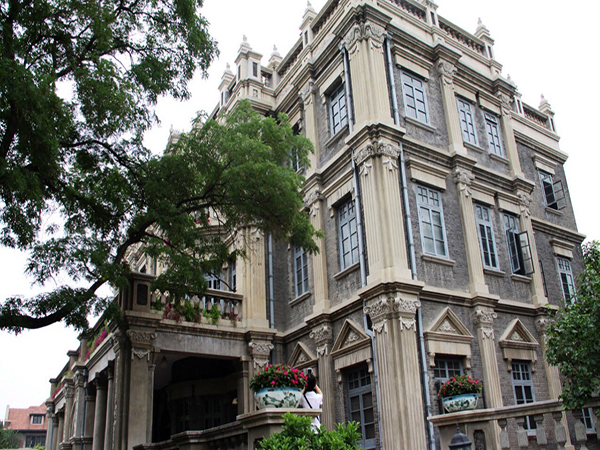 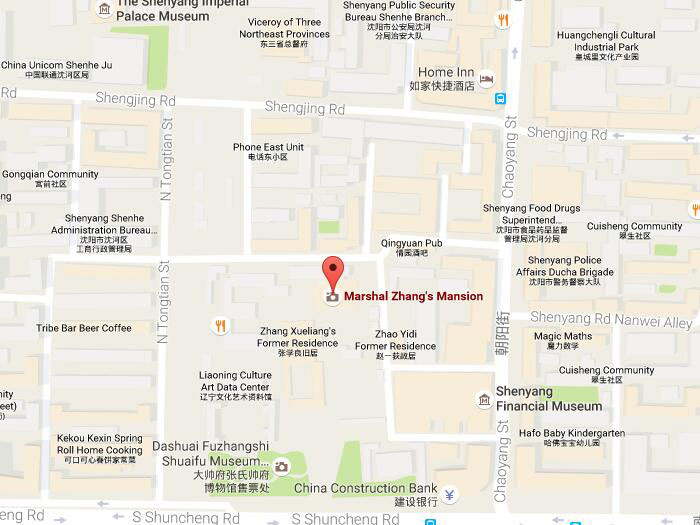 
Marshal Zhang’s Mansion, or Former Residence of Zhuang Zuolin and Zhang Xueliang, is located in Shenhe District in Shenyang. This square shaped mansion is the national cultural preserved site in China.

Marshal Zhang’s Mansion was built in 1914 with an area of 36,000 square meters. Courtyard style mixed oriental and western features. The typical Chinese courtyard has 74 rooms totally. Shengyang Marshal Zhang’s Mansion is the largest and perfectly preserved former residence of celebrities in modern times and is reputed to be the first former residence of celebrities in Northeast China.

The museum is renown for historic buildings and connected courtyards featuring the courtyard dwellings of palace style, the eaves and ridges, the carved beams and painted rafters, the Daqing Building of European style, the Frontier Bank, the office building, the magnificent red mansion clusters in western courtyard, the Xiaoqing Building of Chinese and Western Style and the Former Residence of Zhao Yidi, which constitute a spectacular and unique landscape.

Zhang Zuolin (1875-1928) was a warlord who controlled Northeast China in 1920s. He built an independent kingdom there after Qing Dynasty. However, he called himself “Grand Marshal of China” but not use the title of president. Zhang always suffered the pressure from Japanese government and their contradiction was finally become acute. In an accident in 1928, Zhang was murdered by Japanese Army.

Zhang Xueliang (1901-2001) is the eldest son of Zhang Zuo-lin. He served his father’s army when he was 16. In 1920 he became a general and people called him “Young Marshal”. After his father died, he grasped Northeast China and, in 1928, he claimed Northeast China was under the sovereign of China central government. In 1931, Japanese Army suddenly attacked his army and occupied Northeast China.

What to See in Zhang;s Mansion Museum

The Display and Exhibition reproduces Zhang Xueliang’s glorious history by means of sound, light, TV and film etc. For instance, in the historical scene of talks in Fushi, lifelike silicon figure statues (1:1) are erected in the corner of a Catholic church in Fushi (today’s Yan’ an) to reproduce the scene of Zhang Xueliang and Zhou Enlai holding secret talks and discussing matters of vital importance in a vivid and realistic way; our staff edited original film data garnered by our museum into Documentary about Marshal Zhang Zuolin and His Sons to reproduce the previous life, social intercourse and other scenes of Marshal Zhang Zuolin and his sons; the exhibition also introduces visitors to the key cultural relics in detail by using positioning sensor playback system; the multiple-act play entitled Zhang Xueliang Shooting Yang Yuting and Chang Yinhuai reproduces the events which took place at Tiger Hall.

• The Exhibition Dedicated to Zhang Zuolin and Zhang’s Family
The Exhibition Dedicated to Zhang Zuolin and Zhang’s Family is redesigned and adapted from original exhibition and collects over one hundred most representative valuable historical photos and dozens of archives and collections of cultural relics. It reproduces Zhang Zuolin’s ups and downs from heading a band of bandits to governing northeast China to fighting for power to running central government and then to being the last head of state, the legendary life story from hero of the bush to grand marshal and unique household codes as well as the vicissitudes of the former first family in northeast China by displaying rich collections. Some precious cultural relics such as the group photo of Marshal Zhang Zuolin and his children in the early days, the photo of Zhang Zuolin wearing Yuan Shikai’s former court dress in the Hongxian Reign, the archive containing Marshal Zhang Zuolin’s three administrative policies which were carried out during governing Fengtian (Today’s Liaoning Province), the brush pot and beaver hat used by Zhang Zuolin are on show for the first time. Additionally, it is worth mentioning that the Western-style wall clock and European-style chandelier used by Zhang’s family are rare relic collections.