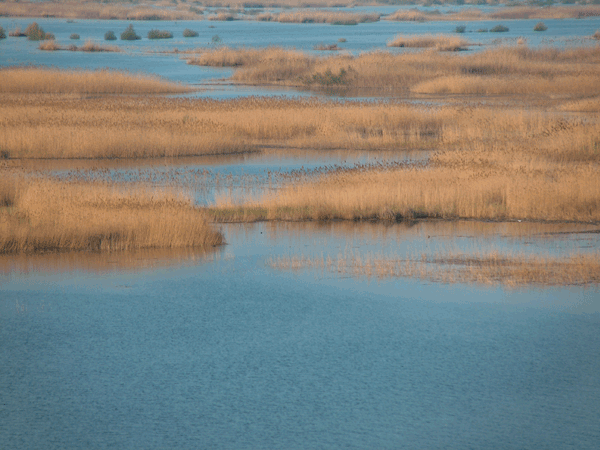 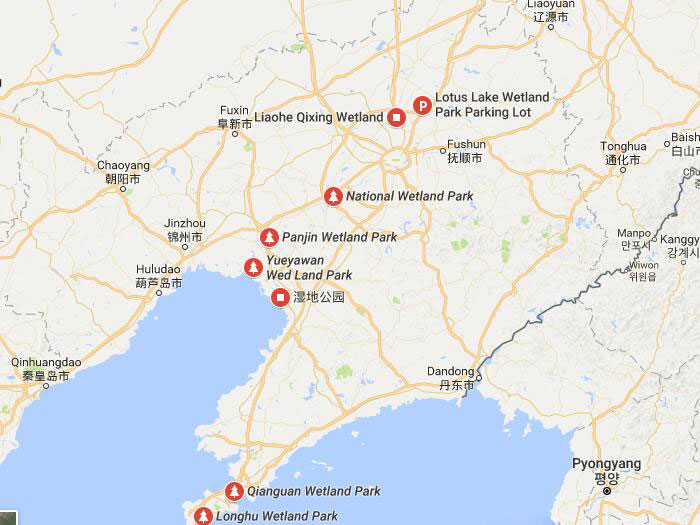 
In the China National Geographic “Beauty of China” activity, Liaohe Delta Wetland was elected as “China’s most beautiful six big marsh wetlands” ranked sixth. Liaohe Delta area of nearly 600000 hectares, spans the Panjin and Yingkou city of Liaoning province, established the Shuangtai river nature reserve. Here is an important habitats and post in bird migration route to East Asia and Australia. The endless “red carpet” form the wonders, large reeds said to be the world’s second and red-crowned cranes and leopard seal, and many other rare animals and birds, constitutes a rich and colorful wetland ecosystem. Expert praised this wetland as: the salt alkaline communities on the beach, thousands of meters of large area distribution, and after entering the autumn, the plant is red, lifted up one’s eyes, just like a piece of "red carpet”.
Located in the Bohai bay, Liaohe Delta Wetlands is one of the largest reed coastal wetland area in China, is also the world’s second largest reed origin. Wetland has bio-productivity, purifying water, regulating climate, preventing saltwater intrusion into land and other functions, and biological resources is extremely rich, where is the good breeding places for red-crowned cranes and larus saundersi rare waterfowl. In recent years, with the development of industry and agriculture, the threats to the ecological environment of Liaohe delta are severer and severer; the contradiction of wetland protection and resource utilization is more outstanding.
Liaohe Delta Wetland reed field area from the original 1.3 million mu has been reduced to about 1.06 million mu, many reed field were developed for paddy field, the ecological function begin to decline. Since 2003, local authorities adopted the way of transplanting the root of reed to make farmland returning to reed, in order to increase the wetland area, the plan implement to make farmland return to reed for 400000 mu in 2020 years, so that to restore the wetland ecosystem.

In the Liaohe Delta, there are 699 kinds of wild animals, because the wetland is an important destination and post in bird migration route to East Asia and Australia for waterfowl, in the 236 bird species in the area, waterfowl species are hundreds of millions. The national first class protected birds are red-crowned cranes, crane, white stork, black stork of four kinds; the second class birds are whooper swans, green-winged teal, bias geese and other 27 kinds; endangered species are larus saundersi, sinian finches, phalaropus fulicarius of four kinds. Around the world, there are only on more than 3000 larus saundersi. And Liaoning Shuangtaikou river nature reserve has more than 2000.