Route of the North Silk Road 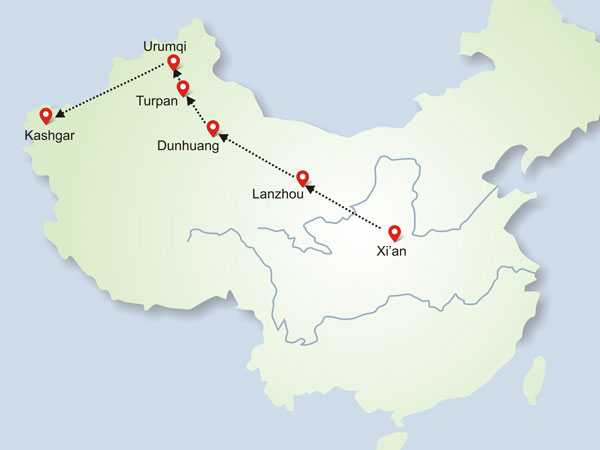 The north silk road in China is actually a prehistoric trackway whose eastern terminus is Xian, an ancient capital of China. This particular route had been used since the first millennium BC for trade between China and the west. It covers about 2600 kilometres, which links the ancient Chinese capital of Xian to the west through the Chinese cities of Lanzhou, Dunhuang, Turpan, Urumqi, Kashgar prior to connecting towards ancient Parthia. This route traverses Shaanxi Province, Gansu Province as well as Xinjiang.

The northern land silk road was also a commercial road from the middle and lower reaches of the Yellow River to the western region, including the grassland forest silk road and the desert oasis silk road. The former existed in the pre-Qin period and the latter flourished in the Han and Tang dynasties.

The silk road of the desert oasis stretched over thousands of years, and the cultural relics along the route were numerous, so it was the main route of silk road. The grassland forest silk road directed to the north from the middle Yellow River, crossing the Mongolia plateau and the southern Siberia plain. Then was divided into two branches. The two branches converged in west Asia and then reached the Mediterranean coast.

History of the North Silk Road 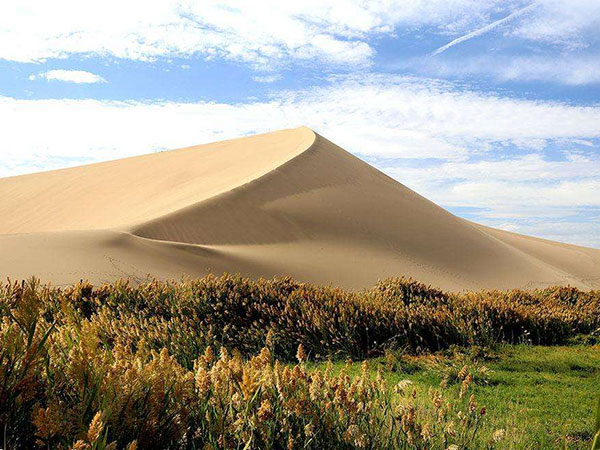 In the first millennium BC, silk products started arriving in Siberia throughout the North China Silk Road which included the Hexi Corridor. The main turning point within the history of the Silk Road was the Emperor Wu of Han Dynasty delivering the emissary Zhang Qian to discover the very mystical kingdoms towards the west and also to develop a great connection with the Yuezhi people so as to fight the very strong Mongol tribe of the Huns.

Right after Zhang Qian's coming back from the Western Regions, the Han Dynasty allied with the Yuezhi  and drived the Huns out. At the same time, trade and cultural exchange blossomed along the north silk road.

The silk road was the mechanism for the eastward distribution of Buddhism, and also amazing ancient monuments testify to that early cultural contact.

Mogao Grottoes paintings in Dunhuang identify Emperor Wu worshiping Buddhist statues. Later Buddhist effect along the Silk Road is available at the Yungang Grottoes exactly where, starting in the late 5th century AD, a number of stone carvings had been produced in 252 caves, creating above 51,000 Buddhas. These early Buddhist pilgrimages on the Silk Road have derived a significant religious effect on the Chinese people which is maintained nowadays.

When search for the much of the Northern Silk Road is actually as formidable as millennia earlier, a few parts of the eastern reaches are generally tracked through modern roads.

The area at the terminus in ancient Xian is very distinctive due to the Terracotta Warriors site set up during the Qin Dynasty. This display of prehistoric wealth offers a clue of the power base from which the Chinese very first started to make the northern silk road.