Changpao is a one-piece garment extending from the shoulders all the way to the heels. was a traditional clothing of Manchu ethnic people in the first place. During Qing dynasty, Machu has occupied central China and established the Qing emperor, their traditional clothing became popular among ordinary people since then.Changpao has three types in detail. They are Danpao (单袍), Jiapao(夹袍) and Mianpao(棉袍). Danpao is what the modern Chinese traditional costume has evolved from. 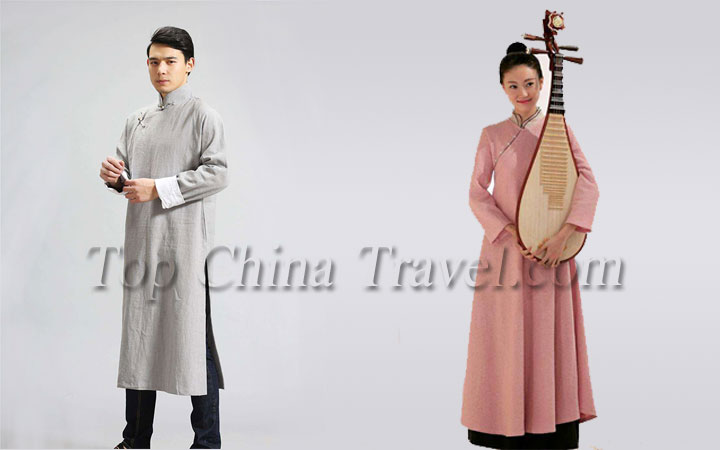 Shenyi is a cross between the Pienfu and the Changpao. It consists of a tunic and a skirt or trousers like the Pienfu, but the tunic and the skirt are sewed together and essentially one piece like the Changpao.Shenyi also has a much longer history than Changpao. It was one of the earliest dressings in ancient China thousands years ago .Unlike Changpao was a traditional clothing from the ethnic group Manchu, Shenyi was a common dressing created by Han people.

Consequently, Shenyi was the most widely worn of the three types. Three types of clothing were wide and voluminous sleeves and a very loose fit. Tunic and trousers or tunic and skirt, utilized a very minimum number of stitches for the amount of cloth used. 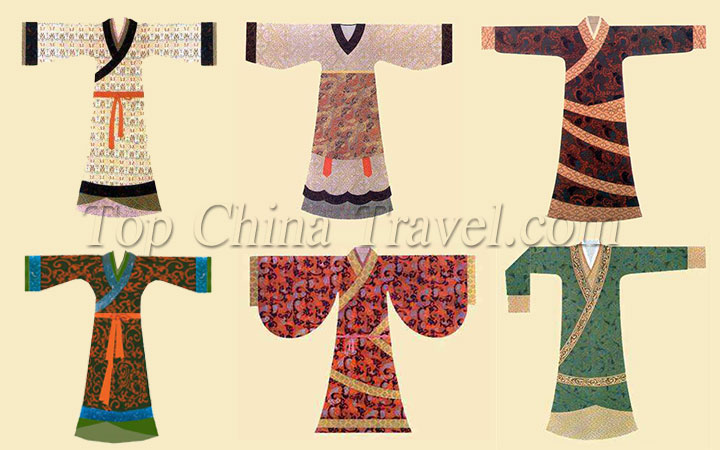