Different from costumes of other countries, Chinese clothing features is very distinctive and with profound Chinese culture.Because of relatively plain design and structure of traditional Chinese clothing, embroidered edgings, decorated bands, draped cloth or silks, patterns on the shoulders, and sashes were often added as ornamentation. These varied designs came to be one of the unique features of traditional Chinese dress.

Darker colors were much more favored than lighter ones in traditional Chinese clothing so the main color of ceremonial clothing tended to be dark while bright, elaborate tapestry designs accented. Lighter colored clothing was worn more frequently by the common people for everyday use.

The Chinese associate certain colors with specific seasons: green represents spring, red symbolizes summer, white represents autumn, and black symbolizes winter. The Chinese are said to have a fully developed system of matching, coordinating, and contrasting colors and shades of light and dark in apparel.

Red is favorite for most Chinese people since Red symbolizes good luck in traditional mind and considered as a color of auspicious. Chinese people prefer to wear in red when they are celebrating some important festivals or events in their life, such as Chinese wedding ceremony. Golden and sliver colors are also favored as decoration colors when it come to something good such as throw as banquet for birthday, promotion and wedding as they are meaning wealth and prosperous.
Learn more about Chinese Wedding Dress and Chinese Wedding Rituals.

On the other hand, black and white in China are the colors for funeral.

Peony and water lily are patterns Chinese favored as they are symbols of wealth and elegancy. And as traditional the imperial dressing were decorated with dragons, so since the federal society had finished in China, dragons and those imperial patterns are becoming popular when people are dressing something in a restore ancient way nowadays. 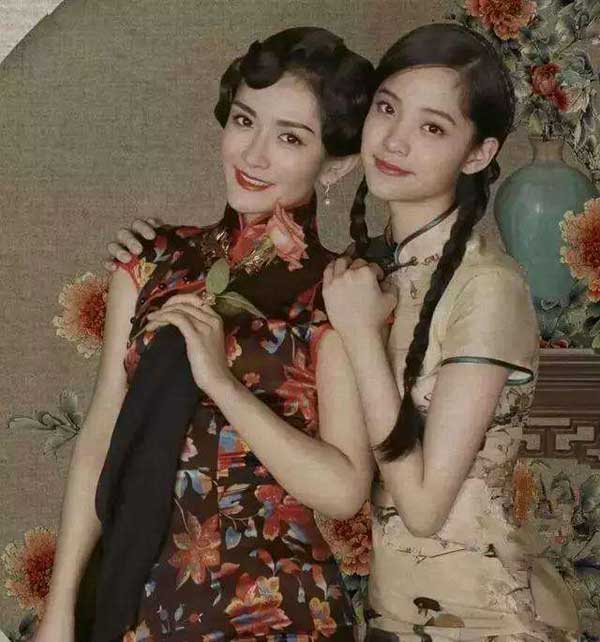