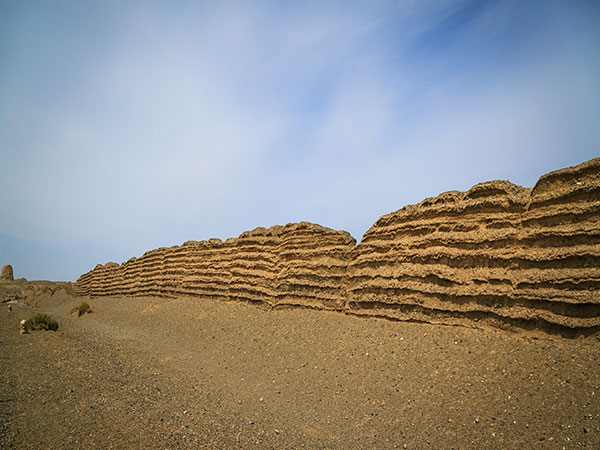 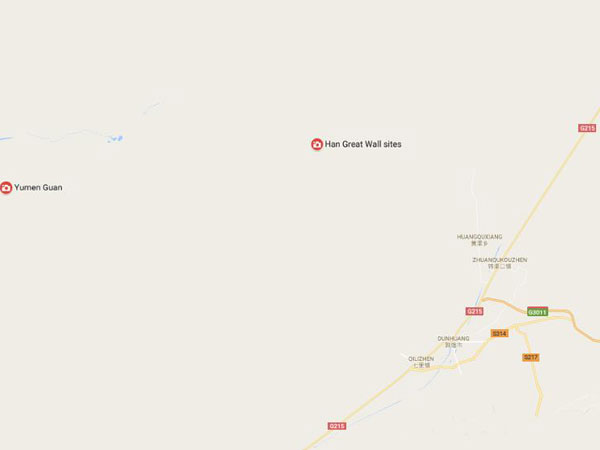 With a history of over 2000 years, Han Dynasty Great Wall was built during 101 to 121 BC. It is one of those well-preserved great walls in China.


With a history of over 2000 years, Han Dynasty Great Wall was built during 101 to 121 BC. It is one of those well-preserved great walls in China. Stretching as long as over a thousand kilometers in the west land of ancient China, it had taken a crucial role in defending the country against northern invaders and contributed greatly to the prosperity of silk road in the history, as it was under such a security protection, could the merchants passing through this area both from east and west continue their business and exchange goods and information.

The Han Dynasty Great Wall here in Gansu province has two sections of which one was heading to the north and the other connected to the east. The one heading north was started from the Wan Yaodun which is west to Dunhuang city and went along with the Shule River passing through Houkeng zi, Yumenguan pass, Da yueya lake, Anxi, West Lake, Wanghoubao Fortress, Bulongji Qiaowan, Yumen city and then connected to Juyan city in the north. The other in the other hand passed through Gaotai along Black River, via Linze, Zhangye city, Shandan, Yongchang, Minqin, Wuwei, Gulang, Yongdeng and finally reached to Ningxia city in the east. It stretches as long as a thousand kilometers length in Gansu Province.

Between the two sections mentioned above, Yumenguan Pass, West lake, Ruoshui and Minqin are the most well-preserved parts of the Han Dynasty Great Wall. Many antiques have been discovered from those fortresses since the great wall relics have been discovered. Among them there are antique paper made in West Han dynasty, bamboo slips with written history on it, all those precious relics have contribute greatly for the Chinese history bachelors studying the military, economy and national statement of the Han dynasty.
Attentions: Sun creams and long sleeve clothes are advised if you are planning to visit Dunhuang for the sun and wind there could be fierce sometime.
Transportation：Han dynasty great wall locates west to the Dunhuang city, tourists could hire a taxi to take you there and back at a cost of 450-550 yuan. It will take you a day to and back from there, so the cost of taxis is counted in days usually.
Opening Hours: It opens from 8:00 to 18:00 every day, TCT suggest you to visit here during spring and autumn time as summer and winter would be extremely burning hot and windy cold.
Recommended Hours of Visit: One hour.
Ticket Fare: 40 yuan for a whole sale ticket including Yumenguan Pass and Hecang city as well.