Zhangjiajie Must See Attractions:
Zhangjiajie National Forest Park is located in the southern n part of the Wulingyuan Scenic Zoon. The several thousand mountain peaks of quartz stand rise abruptly from the ground. Streams flow through the Jinbian (Gold Whip) Stream Grand Canyon which is flanked by sheer cliffs. The Sightseeing Platform at Huangshi Village is shrouded in mist. Wild animals play freely in the primeval forests.

Tianzi Mountain Nature Reserve is located in the northwestern part of Wulingyuan Scenic Zone. It boasts rocky peaks in grotesque shapes and shrouded in drifting mist. There are many scenic attractions, such as the lofty Imperial Writing Brush Peak, Fairy Maid Scattering Flowers, and the Mid-Air Farmers’ Cottage.

Tianmen Mountain National Forest Park: Tianmen Mountain, located 8km away from Zhangjiajie City, is the highest mountain in Zhangjiajie. The world marvelous scene called Tianmen Cave, means a door to the heaven in Chinese, makes this mountain famous. The comparative plat mountain top, the well-preserved original forest, the rare plants and species, the natural bonsai in everywhere form into a splendid picture.

Yangjiajie Scenic Area is one of the must-see attractions in Zhangjiajie. Yangjiajie is located in the southwest Zhangjiajie, next to the Tianzi Mountain. Few people knew Yuanjiajie ten years ago. But world knows Yuanjiajie at present.

Suoxi Valley Nature Reserve is located in the northeastern part of the Wulingyuan Scenic Zone in Zhangjiajie. A stream flows through the mountain gully; and many high peaks in various forms on both sides of gully shrouded in drifting mist look like a group of nature sculptures. 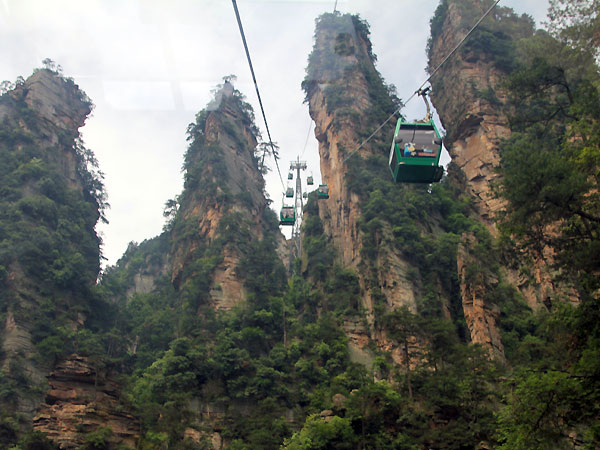 Zhangjiajie Must See ShowsZhangjiajie Charming Xiangxi Show succeeded in inviting a large number of folk artists from the mountain villages and exhibited the "San Min" culture to the audiences which has been hidden deeply in the mountains and on the verge of extinction. This show contains strong distinctive ethnic feature and has enjoyed a high reputation in Hong Kong, China mainland, Taiwan and other Chinese region, as well as South Korea, Japan, Southeast Asia and other places.

Tianmen Fox Fairy----the New Story of Woodman Liuhai is known as the world’s first real-scene musical drama with the high mountain and deep valleys as the stage background. Tianmen Fox Fairy was put on at the foot of Tianmen Mountain,Zhangjiajie in September, 2009. 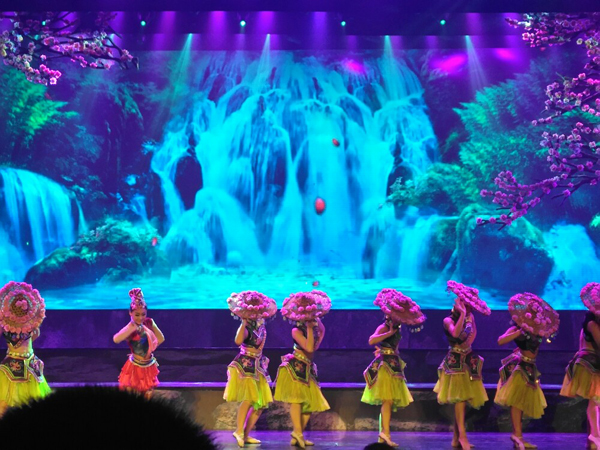 Tianzi Street is located in the core area of Wulingyuan Scenic Area, which is an internationally renowned tourist destination in Zhangjiajie. It is the first tourism-themed mall with ethnic customs inside Wulingyuan region. The street features minority costumes and handicrafts. Visitors can find many interesting ethnic things here.