Silk Trade on the Silk Road

Silk is a specialty of China. The ancient Chinese laboring people invented and mass-produced silk products, which opened the first large-scale commercial exchange in the history of the world. From the western Han dynasty, China's silk had been shipped abroad in large quantities to become a world-famous product. The road from China to the west was called the "silk road" by Europeans at that time, and China was also called "silk country". 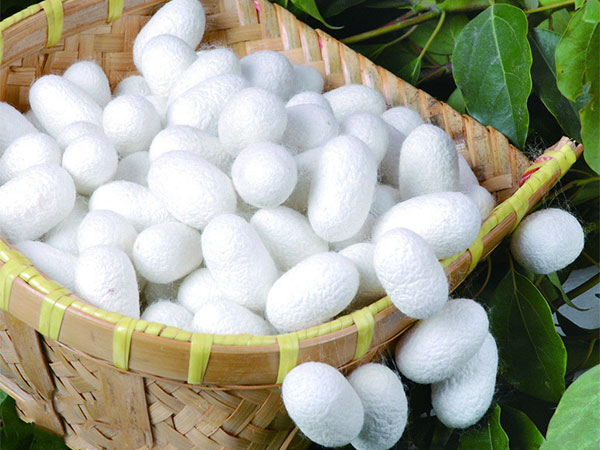 Silk is actually a natural protein fiber, a few types of which may be woven into textiles. The protein fiber of silk mainly consists of fibroin and is made by certain insect larvae to make cocoons. It is generally produced by a few other insects, like silk worms, but only the silk of moth caterpillars continues to be utilized for textile manufacturing.

Silk production also appears in bees, wasps, and ants as well as silverfish, mayflies, thrips, leafhoppers, beetles, lacewings, fleas, flies, and midges. Other species of arthropod can also produce silk, the most notably various arachnids is that of spiders. 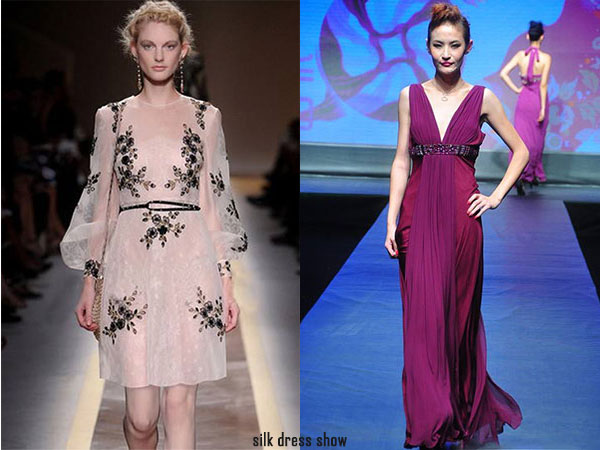 1.  Wearing a cloth made from silk is a comfort wearing experience.

The real silk is made from protein fiber, which has good biocompatibility with human body, and its surface is very smooth. The friction and stimulation coefficient of the human body is the lowest among all kinds of fiber.

2. Silk has a good hygroscopicity and moisture releasability.
In normal temperature, it can help the skin retain moisture, not to make the skin too dry. When wear in summer, it can also quickly excrete the sweat and heat of human body and make a person feel cool and incomparable.

3. Silk has functions of sound absorption, dust absorption and flame retarding.
Silk fabric has high porosity, thus has a good sound absorption and inspiratory, so in addition to making clothing, it can also be used for interior decoration to because it can adjust  the indoor temperature and humidity, and can absorb harmful gas, dust and microorganism. Besides, the thermal denaturation of pure silk fiber is low. Using silk fiber as the raw material of indoor adornment can achieve a flame retarding function.

The tryptophan and tyrosine in silk protein can absorb uv, so silk has a better anti-ultraviolet function.

5. Silk can help in health care.

Silk fiber contains 18 kinds of amino acids necessary for human body, which is similar to the amino acid contained in human skin, so it is also known as the "second skin" of human. Its health function is irreplaceable.

Silk is easy to wrinkle and not strong enough to wear. Its solid color performance is poor and the color may fade fast. It can't keep you warm, either. 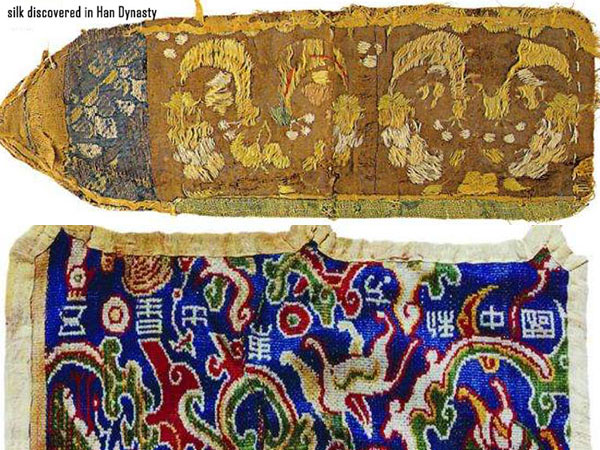 Silk fabric was initially developed in ancient China. The earliest example of silk has been found in tombs at the neolithic site Jiahu in Henan tracing back to 8,500 years ago. Silks had been initially used by the Kings of China with regard to their personal use or presents to others, and slowly spread through Chinese culture and trade both geographically and also socially, and then to several areas of Asia.

Silk quickly grew to become a favorite luxury fabric in several regions available to Chinese merchants due to its texture and luster. It had been in remarkable need, and become a staple of pre-industrial worldwide trade.

The first evidence of the silk trade may be the discovering of silk in the hair of an Egyptian mummy of the 21st dynasty. The silk trade hit as far as the Indian subcontinent, the Middle East, Europe, and North Africa. This trade appeared to be extremely considerable that the main set of trade routes between Europe and Asia came to be generally known as the Silk Road; and silk was definitely the main goods that traded on the ancient Silk Road.

During ancient times, silk from China was the most lucrative and sought-after luxury item exchanged throughout the Eurasian continent, and several civilizations, like the ancient Persians, benefited economically from trade.

The Silk Road towards the west had been exposed by the Chinese during the Han Dynasty in 119 BC. The primary route left from Xian, going either to the north or south of the Taklamakan desert. The caravans that used this approach to trade silk along with other merchants tended to be typically pretty large, which included from 100 to 500 people along with camels and yaks.