Foreign Influence on the Silk Road

"The silk road" was neither real silk nor a real road, not one or a few fixed commercial roads, but a network of goods that were set up in a series of entrepots. The importance of silk seemed far less than that of chariots, horses and gunpowder, but it left the most lasting memory.

History is always different from person to person. The silk road was a history that spanned race and civilization. After listening to too many views like " the core of silk road is China", let's have a look at what influence foreigners had brought to the development of the silk road.

Foreigners on the Silk Road 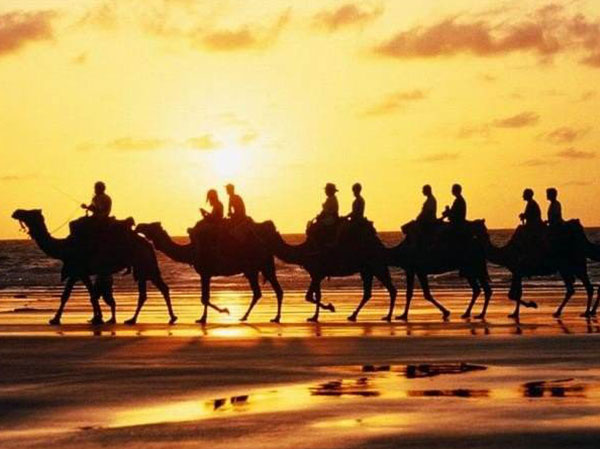 At the end of the 19th century, renewed interest in the Silk Road only appeared among the scholars from western countries. This appeared right after several different countries began to explore this region. The major reason for the foreign involvement in this area was the interest of the powers in expanding their territories during that time.

Especially, the British were attempting to consolidate some of the land in the north of their Indian territories. British agents went across the Himalayas and India to Kashgar, traveled as merchants, and gathered information they needed including survey of the geography of the silk road.

At the same time, Russians had been getting into through the north; the majority of those people had been botanists, geologists or cartographers. However, undoubtedly, they had already been briefed to collect whatever intelligence they were able to collect.

Western's Discoveries on The Silk Road 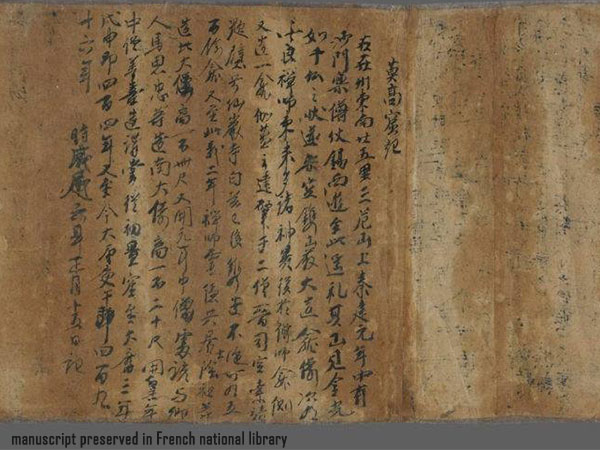 The Russians had been the very first one who appeared in the ruined cities in Turpan.

The local treasure hunters were quick to make the best of these travelers, both in this particular region as well as the area near Kashgar, and also noted the interest that the foreign people revealed to the relics, marketed them a number of the articles which they had dug from the ruins. In this way several historic articles as well as ancient manuscripts began to come into the west.

When these reached the hands of Orientalists in Europe, and the manuscripts had been gradually deciphered. These people developed a considerable deal of interest on the silk road, and even more individuals were delivered to check out for them.

The study of the Silk Road actually became popular following the trips of the Swede Sven Hedin in 1895. He was an accomplished cartographer as well as a linguist who became one of the most well-known explorers of that time. In his later trips, he found out a few ruined cities in the south side of the desert including his greatest discover, the city of Loulan, from which he took numerous ancient manuscripts away.

Right after Hedin, the archaeological competition began. There followed a period of frenzied digging around the edges of the Taklimakan, to find out as much old Buddhist culture as possible.

The crowning finding had been a library set in the wall inside the Mogao Grottos in Dunhuang. This covered a stack of thousands of manuscripts, Buddhist paintings and silk temple banners. The manuscripts had been in Chinese, Sanskrit, Tibetan, Uyghur and many other fewer well known languages, and they also covered an array of subject matter; everything from parts of the Lutras Sutra to stories and ballads from the Tang dynasty and even before. Amongst all these is what is considered to be the world's earliest printed book. The frescoes in Dunhuang were also some of the best on the whole route, and lots of the most gorgeous ones had been taken away by the American professor Langdon Warner.

The particular treasures of the ancient Silk Road are actually dispersed around museums in possibly as many as a dozen countries. The biggest collections are in the British Museum and in India.

The manuscripts drew lots of scholarly attentions. But the deciphering of these manuscripts continues to be not quite complete. The majority of them are actually in the British Library, and are just accessible for specialist study, not on display.