According to historical data, the safety factor of China railway is the highest in the world, so if you travel by train in China, it's quite safe. In addition, China has built a high-speed rail system that links almost all the major cities in China. And it continues to expand.

Many tourists now choose to travel on high-speed trains because it is the most convenient and safest means of transportation in China, and there is normally no delay. However, the safety issues on China trains and the railway stations are still a matter of great concern. Here we list some safety regulations of high-speed train in China. 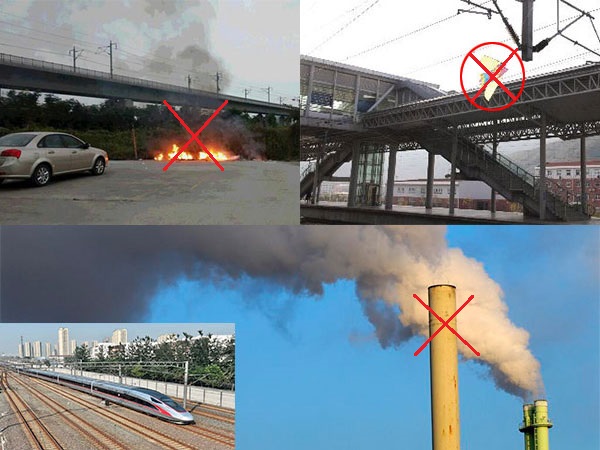 3. It is strictly prohibited to fly or float objects, such as birds and aircraft, kites and lanterns, which affect the safety of driving, in the area of 300 meters on both sides of the high-speed railway line;

4. Farming or planting trees in the protection zone.

5. Other behaviors that may interfere with outlook or affect the route equipment, high pressure network, power line, signal, communication cable performance and security. 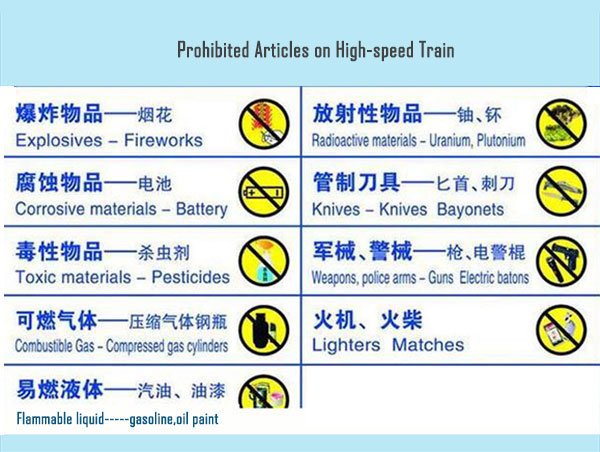 The following acts which jeopardize the safety of high-speed railway stations and trains are prohibited:

1. Unauthorized access to important work places such as equipment management and traffic dispatching without permission;

2. Carrying inflammable, explosive, easily corrosive and other items to get on the train;

3. Smoking on the train.

Q & A about Safety Tips of High-speed Train

Q: Why not smoking? Why is it forbidden to burn waste or garbage on both sides of high speed railway?

A: Several fault sensors and smoke alarms are installed on the high-speed train. Once a person smokes, or someone burns waste close to the roadside of high-speed railway, a firework alarm system on the train will call the police, and the train will slow down or even stop.