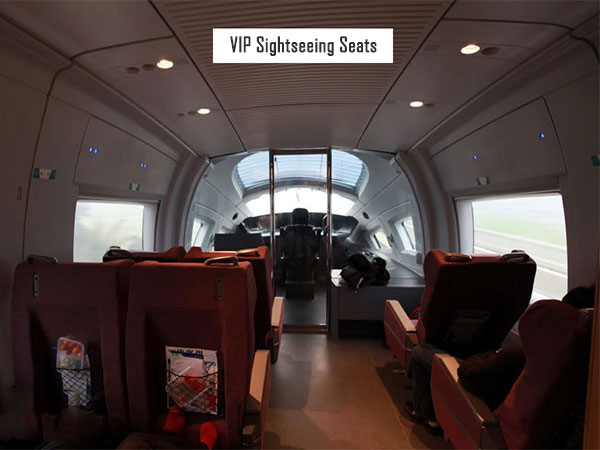 There is a listening system on the seat, and passengers can listen to multiple music channels and TV programs by inserting headphones.

A foldable dining table is also equipped in the seat. But on the early CRH380A high-speed trains, there are 6 VIP face to face seats in a separate space with a large table in the middle.

Seats are equipped with a TV and seat 180 rotation system. The lights switch can be controlled by the passengers. Slippers and power sockets are also available at each seat.

Meals for VIP passengers are free. 4 course meal and free drink is served during the meal time. 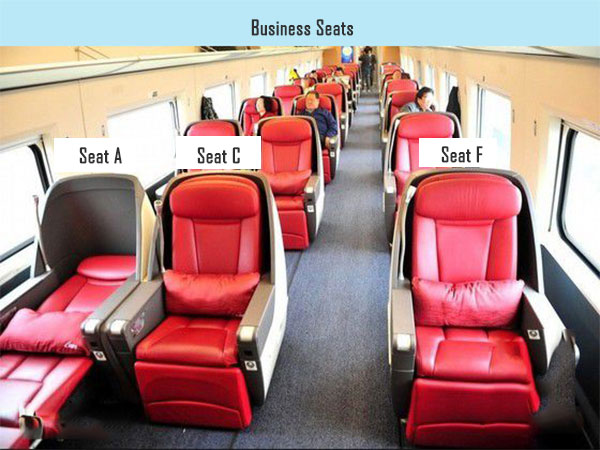 Business Cars are generally the third one of the train. The business seats of the high-speed train can be said as luxurious.

There are separate bathrooms, bar rooms, cloakrooms and refrigerators in the business seating area, which is comparable to the business seat of a first class airplane.
There are only three seats in a row, one seat on the left and two seats side by side. A screen to prevent passengers disturbing from others ensures a private room for each other.

These red business seats are equipped with 180° turning and bed transforming functions.  Foldable dining table and a 12 inches screen are equipped for passengers, too. During the driving time, people can see the movies and listen to the music as well as do some researches of the destinations by the screen.

Passengers in business class cars can enjoy separate VIP meals but not free. 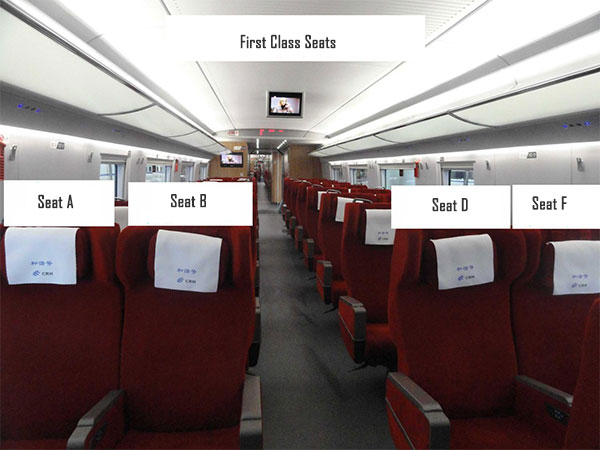 In the first class cars of the high-speed train, four red seats are arranged in a row. Two on the left while the other two on the right.

The first class seats are equipped with flexible reading lamp and passenger can adjust slope of the seat, too.

Passengers in first class cars can enjoy separate VIP meals but not free. 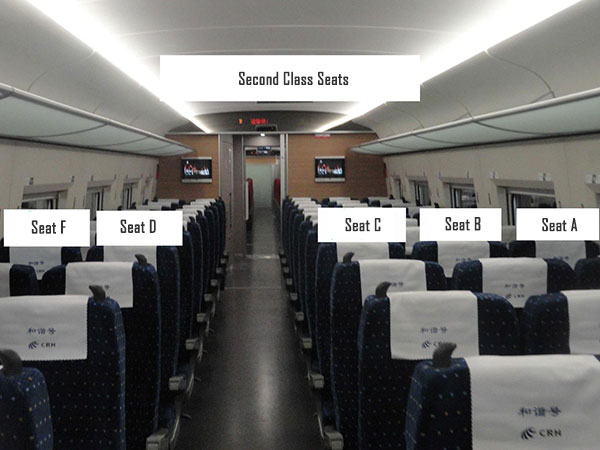 Seats in the second class cars are in blue color. Five seats in a row with twin and triple seats and the space between rows is a little much smaller.

Power sockets may be available. Food trolleys do service these carriages but may not be as frequent. 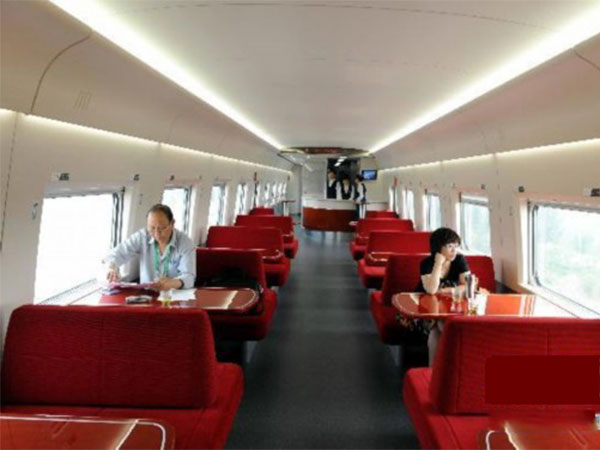 In the dining cars of the high-speed train, there is a reception site and four seats with a dining table. 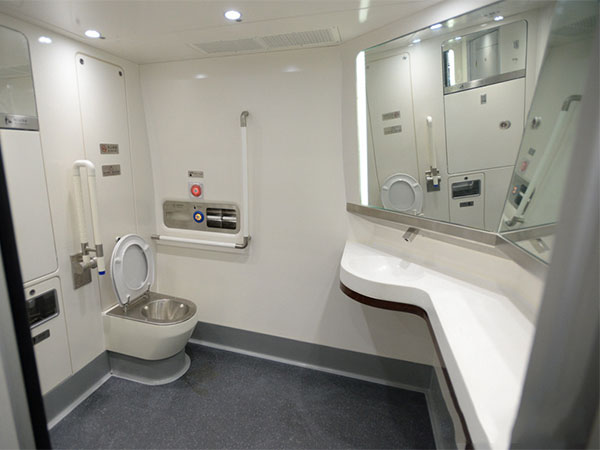 Washing room on high-speed train locates at both end of the train car. A toilet for the disabled and nursery equipment are equipped, too.

Washing room will be immediately clear after the passenger finish to use it.