In terms of technical standards, China high-speed rail refers to a passenger dedicated railway with a speed of 250km/h (including reserved lines) and above whose initial operating speed is not less than 200km/h. These railway lines are new designed and constructed after China’s campaign to raise the speed of railway travel.

In terms of highway network construction, China high-speed rail refers to all the new rail lines and some of the existing rail lines that are designed to reach the standard of 200km/h and above in the territory of People's Republic of China. 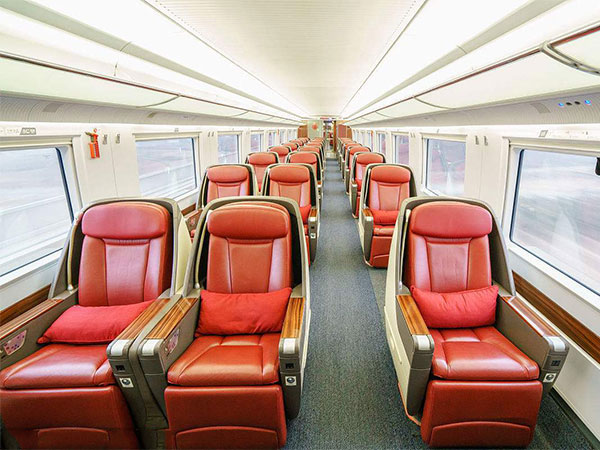 First of all, high-speed rail carries a high capacity. The schedule of the high-speed railway can be more frequent than normal transportations. Its minimum departure frequency can be every 4 minutes or even less, thus the capacity of high-speed rail is larger than the other modes of transport.

Fifth, the economic benefits of high-speed railways are good. 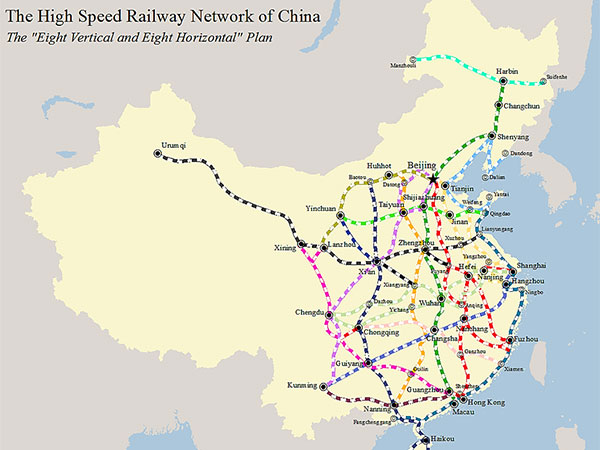 According to the "medium-and-long term railway network planning" updated in 2016, China high-speed railway will carry out the "eight longitudinal and eight horizontal" railway network layout.

By 2030, we will basically achieve connectivity within and outside the region, open interregional roads, connect provincial capitals by high-speed rail, construct rapid access to cities and counties, and achieve basic coverage of counties.