Looking back on 2017, China high-speed railway has achieved a rich harvest.

By the end of 2017, the operation mileage of China railway has reached 127,000 km, 25,000 km of which are high-speed rail lines, which provides a huge transport function for the "great migration" of the Chinese people's holidays.

Compared with 2017, the 2018 high-speed rail network in China will continue to be improved with new projects and inject new energy into the development of China's economy.

Here introduce some high-speed rail lines that will open in 2018. 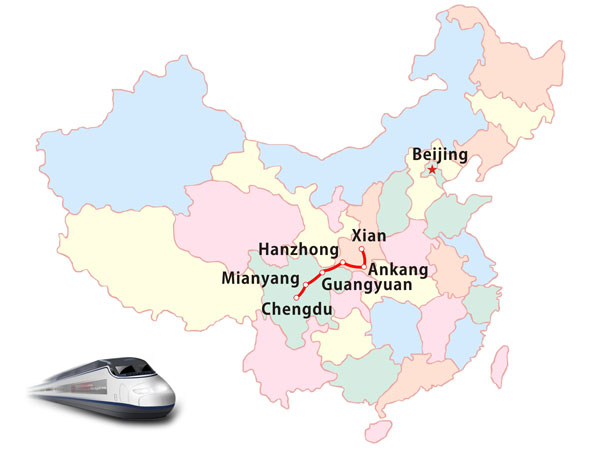 Xi'an-Chengdu high-speed rail as an important part of China’s "eight vertical and eight horizontal" high-speed rail network, is a momentous link connecting the northwest and southwest of China. It is also China's first high-speed railway across the Qinling mountains.

The total passenger distance of Xicheng high-speed rail is 643 kilometers, and the design speed is 250 km/h. After its opening, the journey from Xi'an to Chengdu will be reduced to 3 hours.

By connecting with other high-speed trains, the operation time from Chengdu to Beijing will also be reduced to about 8 hours. 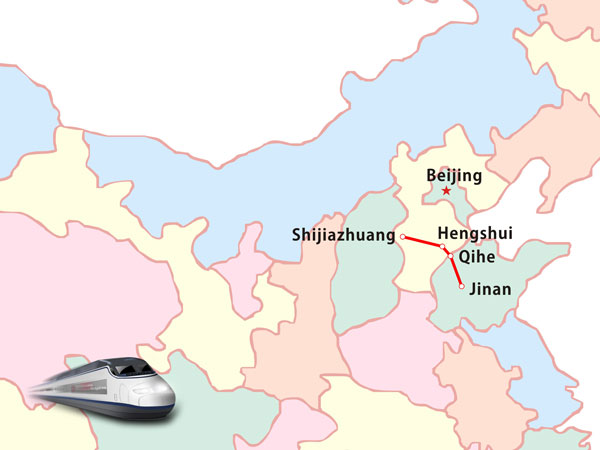 Shijiazhuang-Jinan high-speed rail starts from Shijiazhuang in Hebei province and arrives in Jinan, Shangdong province. Its total length is 310.2km and the design top speed is 250km/h.

After the opening of Shiji high-speed railway, the three provinces of Shanxi, Hebei and Shan will realize high-speed rail links. At that time, travel from Shijiazhuang to Jinan will take only 80 minutes;It will take less than three hours for Jinan to Taiyuan, and it will be shortened to about five hours from Qingdao to Taiyuan. 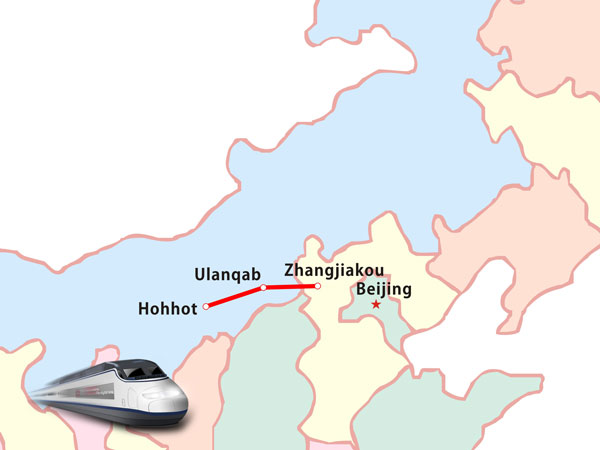 Hohhot–Zhangjiakou high-speed rail is an important part of the Beijing-Lanzhou corridor in the national "eight vertical and eight horizontal" high-speed railway network.

The route passes through Hohhot city, Ulanqab city to Zhangjiakou with a total length of 286.8 km and a design speed of 250km/h. After the full operation, Hohhot to Zhangjiakou is expected to only take more than one hour. 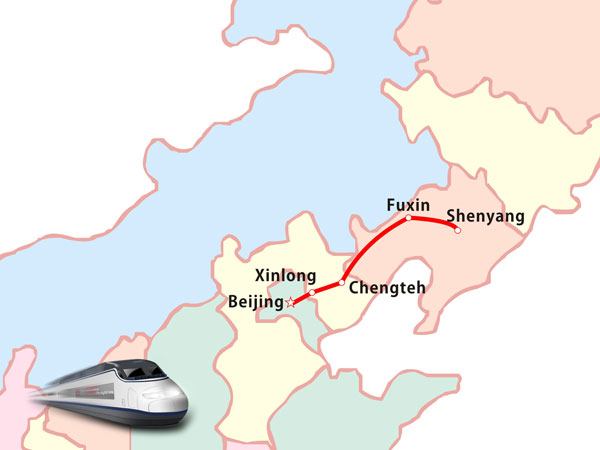 Beijing-Shenyang high-speed rail, spanning three provinces of Beijing, Hebei and Liaoning provinces, is an important bond between the Beijing-Tianjin-Hebei region and the northeast region.

The total length is 698 km, and the construction is designed according to the standard of 350 km/h. When completed, it will be the fastest way to enter the northeast.

The train service will be cut to about 2.5h from Shenyang to Beijing, and will be shortened to about 4.5h from Beijing to Harbin. 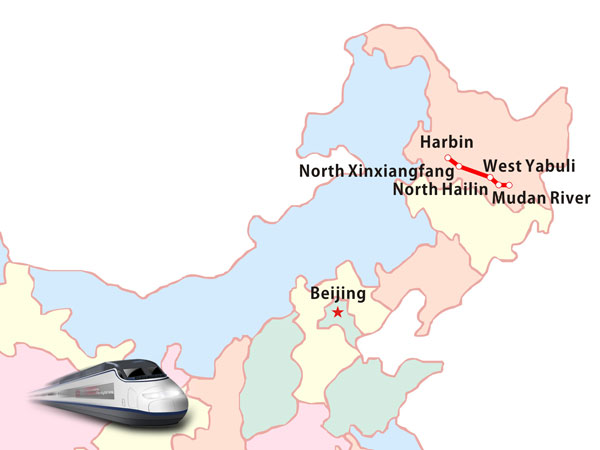 Harbin-Mudan River high-speed rail is a key node of the "eight vertical and eight horizontal" high-speed rail network in China. The total length is 293 km and the design speed is 250km/h. 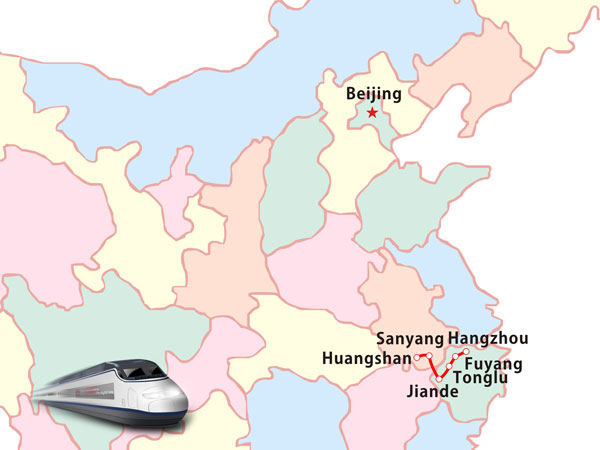 Hangzhou-Huangshan high-speed rail connects Hangzhou and Huangshan city with a total length of 287 km. The line is designed to be 250km/h. When completed, the shortest time from Hangzhou to Huangshan will be is 1.5 hours.

The line will become a world class gold tourism high-speed railway line with a series of more than 10 national forest parks and 5A scenic spots along it. 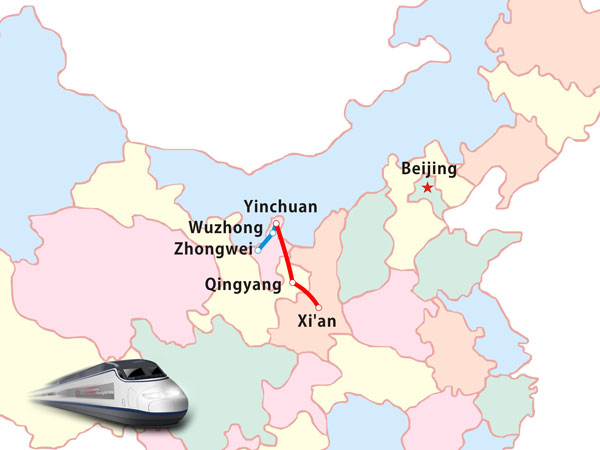 Ningxia people's "high-speed rail dream" is expected to be realized in 2018.

The intercity railway from Wuzhong to Zhongwei is 135 km in length and the speed is designed to be 250 km/h. When it connected to Yinchuan-Xi’an high-speed railway, it will be a gold channel for Ningxia’s internal and external liaison. 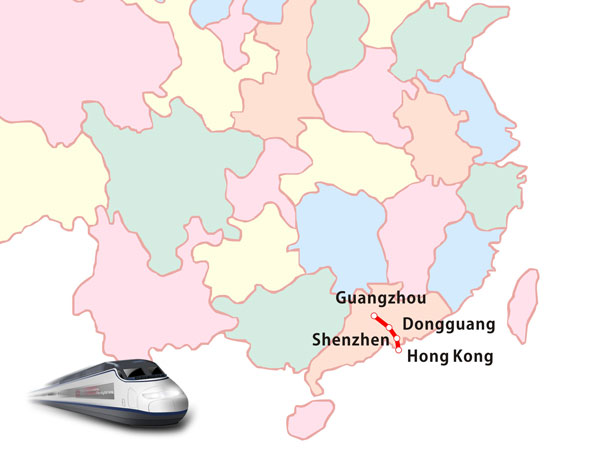 After the opening of the Hong Kong section, the journey from Hong Kong to the mainland cities will be greatly reduced.

At that time, it will only take eight hours to Shanghai and about 10 hours to Beijing from Hong Kong.