Benefits and Significance of High-speed Rail

Although the operating time of China's high-speed railways is shorter than that of developed countries, its "high-speed rail economic effect" has clearly appeared.

China's high-speed rail plays an important role in promoting the development of the industrial belt and the modern service industry in the city, as well as the increase of the population flow rate and the population accumulation in the areas along the belt and road. 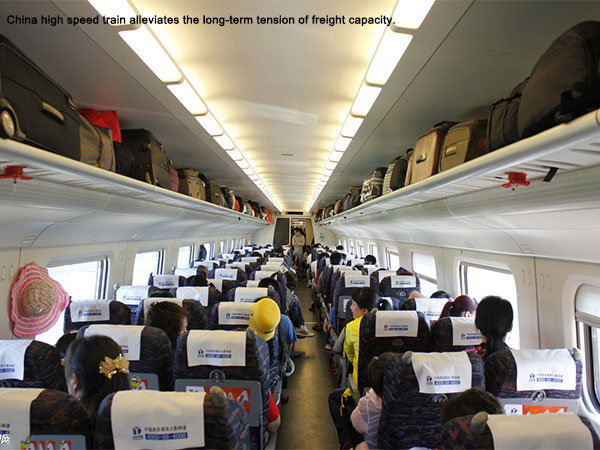 China is a vast country with a large population and frequent flows, so the demand for high-speed rail as a popularizing means of transportation is huge.

The advent of high-speed rail provides passengers with a fast, reliable and comfortable way to travel. For example, the Beijing-Shanghai high-speed railway, connecting Beijing, the capital of China with the most prosperous metropolis, Shanghai, makes the direct journey from Beijing to Shanghai decrease to 5-7 hours.

At the same time, the coverage of high-speed rail greatly improves the transportation capacity of the railway, alleviates the long-term tension of freight capacity, and the overall social flow and logistics turnover are significantly accelerated, and the cost is effectively reduced. 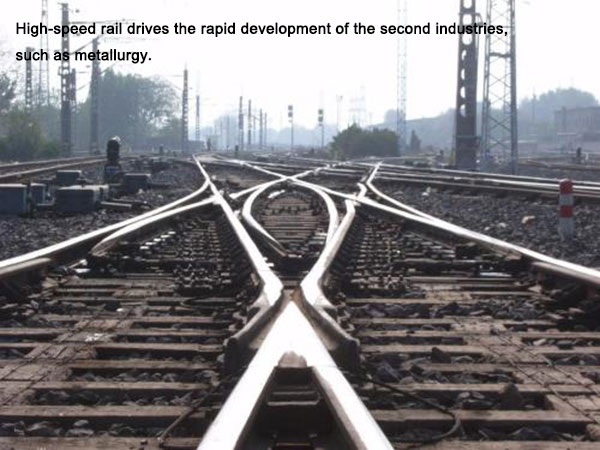 The completion of high-speed rail, drives the rapid development of the second industries, such as metallurgy, machinery, construction, rubber, electricity, information, computer and precision instruments, also pull the progress of tertiary industries, such as tourism, catering, commerce in cities along the line.

High-speed rail also produces "city-wide effect". It implements the regional resources sharing, speed up the industrial gradient transfer, effectively promote regional division of industry optimization. The construction of industrial chain along the high-speed railway can form comparative advantages and promote the coordinated and complementary development of industries along the routes. 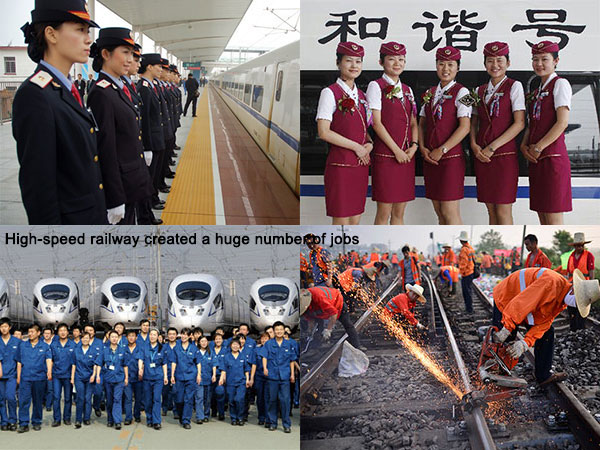 Electric Multiple Unit use less energy than other vehicles and can generate electricity from a wide range of sources, including renewable energy. Cars and planes do not have these features because they are more dependent on imported petroleum.

In addition, high-speed rail also makes Chinese people’s radius of life and scope of activity expanded and broadened, and gradually changes their life style and rhythm, created new careers such as "Sunday engineer", "holiday expert" and so on, forms a "high-speed society".

At the same time, high-speed train makes the retirement life in different areas become a reality for the elderly people, so they can enjoy a more comfortable retirement life at a lower cost. 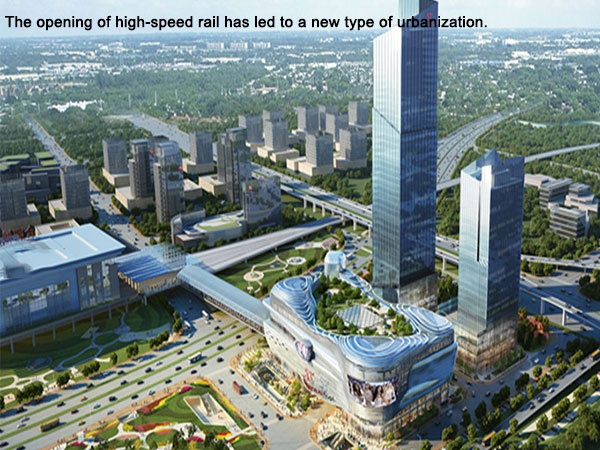 The opening of high-speed rail has led to a new type of urbanization. With the increase of the passenger flow of some high-speed railway lines, small and medium-sized towns, which are previously unknown or well-known, have become the hot spots to attract people.