The Double Ninth Festival (Chinese pinyin: Chong Yang Festival) is celebrated on the ninth day of the ninth lunar month. According to the I Ching, most things can be cataloged in either yin or yang and the number nine is happen to be a yang number, (while the number 6 with its curved side down at the bottom is a yin number) represents positive and masculine energy, hence this day filled with positive energy is also called  "Double Yang Festival". With a history of more than 1500 years, it took its form in the Warring States period and was already quite flourished by the time of Tang dynasty. In the 1980s, the Chinese government trying to advocate the moral of respect for the old made it a public holiday that also known as  "Senior Citizens' Day". On this day, people are supposed to care for and appreciate the elderly people.

On May 20th, 2006, Double Ninth festival has been included in the national intangible culture heritage list. Together with and the New Year, Qing Ming Festival, Ghost Festival ,Double Ninth Festival is one of these four sacrificial festivals in China.

As the double ninth festival falls on the early autumn in China every year, its a good time for families get together for a hiking to appreciate the vibrant colors of the falling autumn. Since china is a agricultural based country with vast grow lands especially in southern provinces , hence to many farmers or villages this is the golden time of the year to dry their grains which just got harvested on their yards and roofs.With the yellow corns or white grains scattered on the yards, nicely threde red chili peppers hanging on the doors and green and red leaves painted among the mountains, it does offer you a magnificent view to earn your appreciation. Going for a hike for some great pictures to the country side and pretend to be a happy farmer for one day helping them to dry their grains and stay in their hospitable home for a healthy meal has becoming popular to those middle-class citizens for a simple escape from their busy busy lives in concrete city blocks nowadays in china. 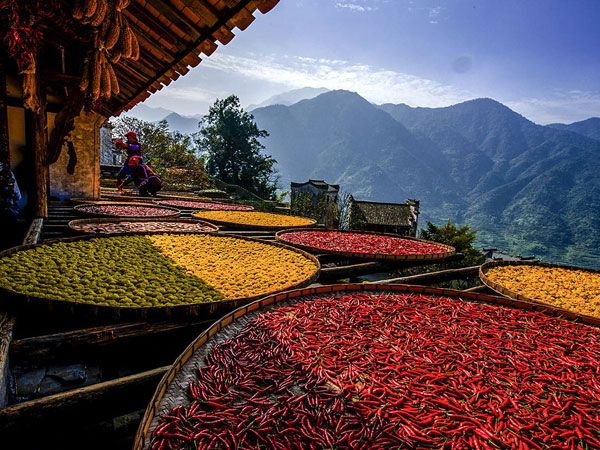 Climbing mountain is another main activities during the festival. Take your families to a mountain, get some exercise and fresh air in the woods . Take a deep breathe on  top of a hill, enjoy the beautiful natural autumn view all to yourself, get your body exercised and be prepared for the coming winter, shred your shoulder off the stress away, all this are providing you a mental peace and a energy fresh up and shake away the ill-fortune\ dis ease as they may say.

Appreciating chrysanthemum and drink chrysanthemum liquor,have always being a tradition during the Double Ninth Festival. In history it was also been called the “Chrysanthemum festival” as it is the blossoming time for Chrysanthem, poets ,celebrities and nobles would hold a feast to write poems to appreciate the elegance of Chrysanthem . Today, splendid chrysanthemum exhibitions are often held in big cities to amuse people during the festival. Given chrysanthemum is believed to have cleansing qualities,cooling down your over buring Yang nature in you body in Chinese medicine, Drinking  chrysanthemum  tea or wine has been a popular thing since the three kingdoms time in china. 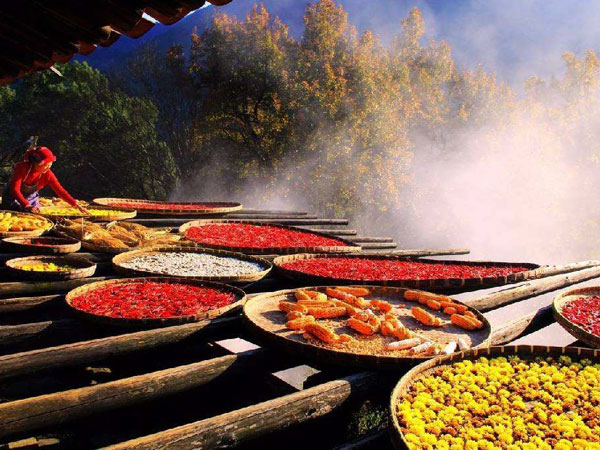 Other customs includes visiting the elderly people, eating Chongyang Cake and wearing zhuyu plant.The ninth month heralds the approach of winter, it is the right time to prepare warm clothes for winter. Hence, the younger generations extend their consideration to their elders or pay a visit to their ancestors tomb for being blessed by good fortune on this day. 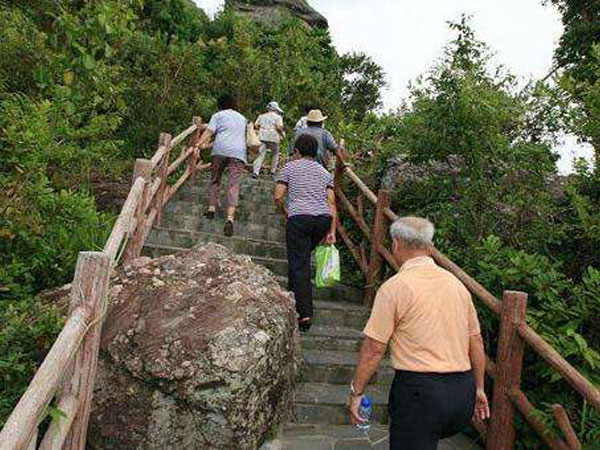 Zhuyu plant is actually Cornus officinalis in English. It is believed to have cleansing qualities and are used to air out houses and remove illnesses.The custom of wearing zhuyu has been popular since Tang dynasty. Some folks believe that as everything is perfect when its inner yin and yang have reached its balance, but as Double Ninth Festival has too much yang ,so it is not a peaceful day. To keep yourself away from this unbalanced wicked energy, wearing Zhuyu is the key. In this case, Zhuyu has been recognized as a guardian on this day.