Tomb-sweeping Day, also known as Qing Ming Festival or Pure and Bright Festival, as after this day the weather will become pure and warm in the coming new season.The date of the Tomb-sweeping day usually falls on the fourth, fifth, or sixth of April of Gregorian calendar. Being originated from the Zhou dynasty, it has a history as long as 2500 years.Together with Spring Festival, Dragon Boat Festival and Mid-autumn Festival, Tomb-sweeping Day is one of most important traditional festival in China. It is the day of worshiping ancestors and sweeping tombs.

On May 20th 2006, Tomb-sweeping day has been included in the national intangible culture heritage list by the State Council. 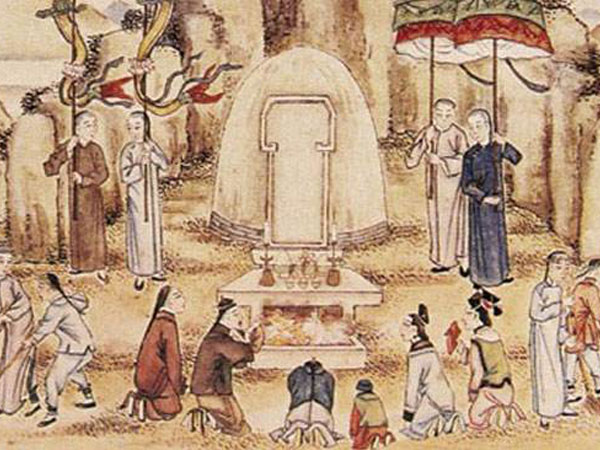 Origin of the Tomb-sweeping Day

Although the actual reason of this festival varies a lot among the scholars, there is one mainly accepted theory holds the thought that The festival was actually established by Chong'er, the Duke Wen of Jin, during the Spring and Autumn period. The legand goes that during chonger’s years of exile, his retainer jie zitui has always following him by his side proofing his loyalty without any hesitation Once, jie Zitui even cut meat from his own thigh to provide soup for chong’er to survive when there was no food to be found. Chong’er was deeply moved after he learned the fact. Nineteen years later, Chong’er was enthroned as the Duke Wen of Jin. Jie Zitui, being so upright, thought his service was done and retired back in mountains with his mother. Chong’er rewarded most of his retainers but simply just forgot Jie zitui. When he was reminded of his careless, he was awfully regret and set out a troop to mountain trying to find Jie. While Jie, being a loyal retainer, he only appears at the time he was most needed rather than being a important marshal in his kingdom,had made up his mind not to come out. Then Chong’er had the mountain burn to ground in hope the fire could force him out. Yet only find out Jie Zitui had died under a willow tree with his mother already. Leaving Chong’er a letter saying ”May my loyalty proof my heart is pure and may you rule your kingdom bright and pure”. This is another reason why this festival has also been called the Pure and Bright Festival. 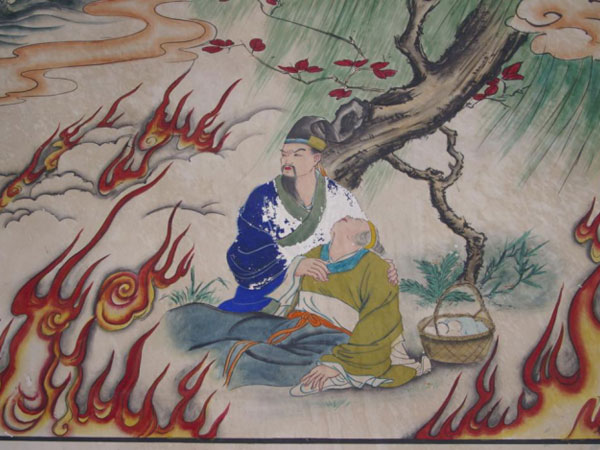 Jie Zitui and His Mother

Activities on the Tomb-sweeping Day

was one of the popular games people would like to do on this day. It was an ancient ball game in Chinese history. It is Something like today’ s football game, several men kicking the ball into a net but hand touch is not allowed during the game. Cuju is believed to be the earliest evidence in the recorded history so far that shows people in ancient time played a ball game which leads to the invention of modern football game. Legend went that Cuju was invented by the emperor Huang, at the purpose of fitness training for his military cavaliers. Meanwhile, polo is quite welcomed on Qing Ming Festival too. As an entertainment activity it has gained people’s favor a long time till the Ming dynasty. 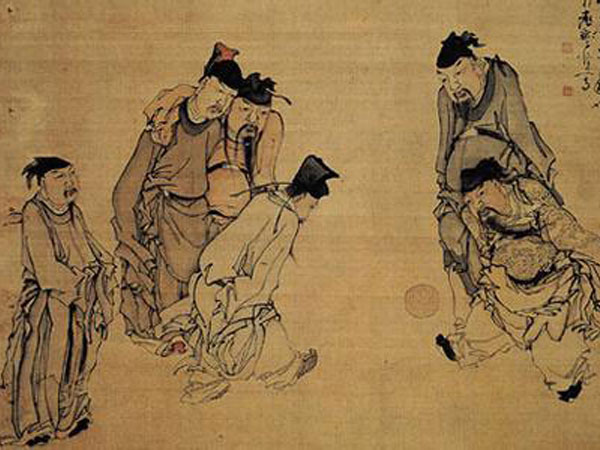 It is also a Tomb-Sweeping Day for some Chinese people, on which people visit their ancestors' graves, pay respects to the dead and hold memorial ceremonies in honor of their ancestors. This is one of many ways to express their filial love.As part of honoring the dead, people would also spend some time cleaning the grave area.and offer food drinks and joss papers to their ancestors. They would uproot the weed, plant some new trees, wipe the tombstones and decorate it with fresh flowers. It is not a surprising thing to see people carry or put willow branches in front of their doors on this day.Because they believe that on this day some of those wicked spirits would come out from their tombs and have a wander around human world. And willow branches are supposed to a be a magical sticks to keep those evil spirits away on this day. 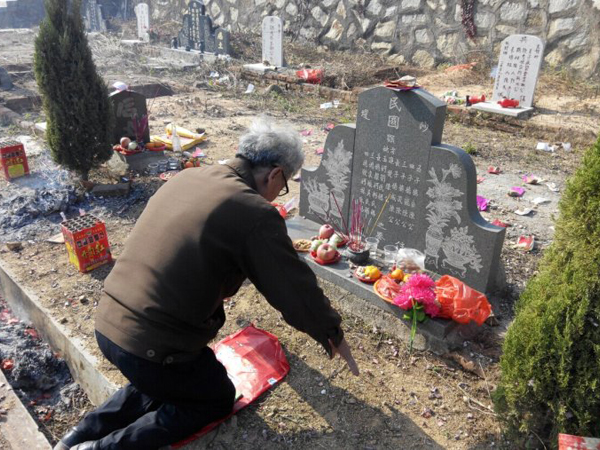 Kiteflying is also a popular activity on Qing Ming Festival.Every year when it comes to this day, people would love to go out to fly a kite with their loved ones.This tradition has been kept till today. While in history, people would even fly kites at night, with a few lightened cute lanterns hanging on the strings of many kites, there would be a astonishing view that as if many new bright stars had been hang on the stary sky at night together with those delicate kites. Some people would also cut the string off and set their kites free far up soaring in the sky, in doing this, people believe that all your troubles can be set away. 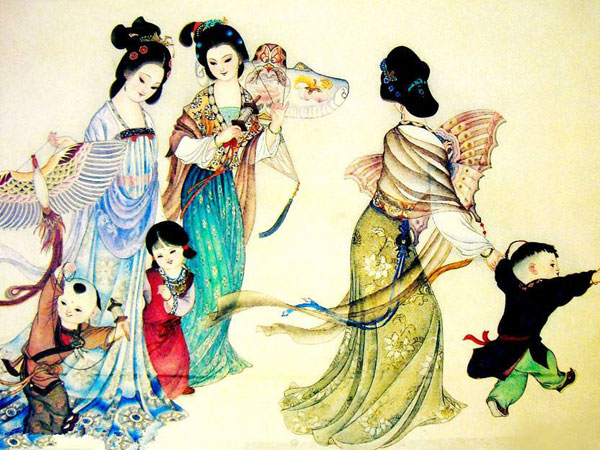 During the days around Qingming, the nature wakes up and dresses the world in green. Everything is new and fresh; therefore, Qingming is also a happy occasion for outdoor activities, such as picnicking, hiking and so on. This might be an important reason why the festival has been very popular for thousands of years.