As one of traditional Chinese handicrafts, once you see the Chinese lantern, you will know it is a symbol of China. The fascinating and warm light provided by a Chinese lantern will make you understand why they're so popular and well known.
Chinese lantern originates in Western Han Dynasty (202BC~8AD), which is more than 1800 years ago. Every fifteenth day of first Chinese lunar month on Chinese Lantern Festival, people will hang red lantern, which symbolizes family reunion. Traditional Chinese lantern blends the skills of painting art and workmanship of paper cutting art, Chinese embroidery art and so on.

The origin and history development

Chinese Lantern, an important sort of ancient lamps, was recorded to be widely used and reach its peak in the eighth century during the middle Tang dynasty. Yet it was initially crafted as early as the West Han Dynasty (202BC~8AD). Later in the East Han Dynasty (25 AD - 220 AD), Chinese paper lantern was invented.

Chinese Lantern Festival also originated from Han Dynasty, with the purpose of making an opportunity for family reunion and marking the end of Lunar Chinese New Year. Lantern, naturally, was one of the absolutely necessarily decorative and functional components of the festival. According to legend, Emperor Tang Minghuang used to ask the palace maids to hang lanterns to decorate the royal Shangyang Palace so as to celebrate Lantern Festival and prayed for "a stable society and a wealthy and strong country". When Emperor Zhu Yuanzhang, the first emperor of Ming Dynasty (1368 - 1644), made Nanjing the capital city, he asked his men to put hundreds of thousands of water lanterns on the Qinhuai River. Also in Ming Dynasty, but during the reign of Emperor Yongle, after the government moved to Beijing, lamp posts were placed on the Meridian Gate (Wu men), and a lantern fair was set up out of Hua Gate.

Originally, Chinese people hung lanterns in front of their doors to drive away evil spirits. As to today, the lantern has become a symbol of traditional Chinese culture, playing an important role in celebrations and ceremonies, and remain popular. With the “China craze” in many counties, Chinese lanterns are chosen as the house decorations by many foreigners who are fascinated with Chinese culture. However, the material of lanterns change from paper, bamboo to cloth, plastic and iron thread. The color and shape of lantern also turn to be different and varied. 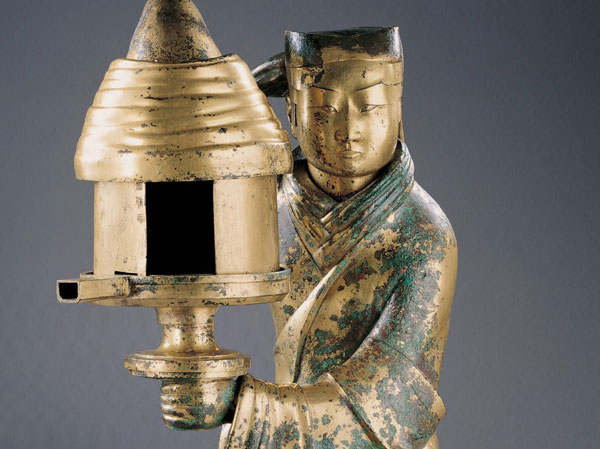 With a history of more than 1800 years old, the workmanship of Chinese lantern is a perfect combination of Chinese painting, paper-cutting, paper arts, embroidery, sewing, as well as the lighting function. The materials to make Chinese lantern include bamboo, wood, rattan, straw, animal horns, metal, silk, damask, etc. Sometimes Chinese lantern is symbolic. For examples, bamboo lanterns usually stand for the funeral. The lanterns hung at temples are yellow, symbolizing the calmness and peace. The red lanterns and palace lanterns are the symbol of wedding and celebration.

The most famous types of Chinese lantern

As the name suggests, palace lantern was hung in the royal palaces at the very beginning. It is made by thin wood as the skeleton and then covered with cloth and glass. The best traditional Beijing palace lanterns require rosewood as the skeleton and traditional-patterned thin silk or glass as the covering. Besides lighting function, the palace lanterns are also valuable collections for Chinese lantern collectors. Now they are hung in halls or other spacious rooms to add to the antique atmosphere.

In contrast with Beijing palace lanterns, Suzhou-style lanterns usually have a rustic style. They boast a time-honored history and a delicate beauty. Early in the Song Dynasty, lanterns developed into an individual crafts industry in the area. Suzhou lanterns have various appearances, ranging from bird, flower, and fish to pavilion, terrace, tower and even human figures. Suzhou lanterns are famous for their various colors, refined processing, ingenious structure, exquisite sculpture and grand magnificence. 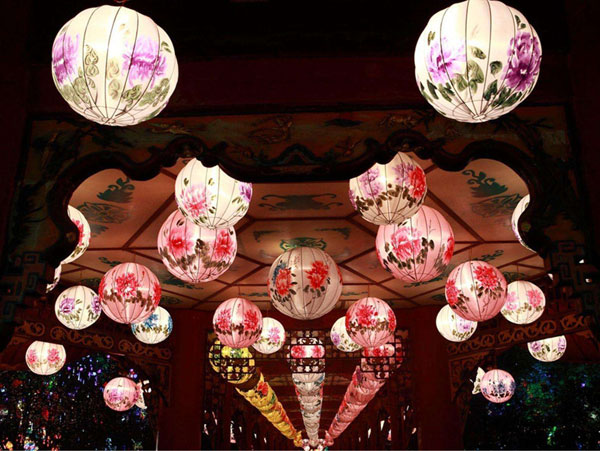 How to make Chines lantern

Step 1, make the skeleton. The basic skeleton is cube or cylinder, which is the easiest to craft. It is suggested to choose the flexible bamboo sticks.

Step 2, make the body of lantern. Buy pieces of white, red or golden Xuan paper from the “Four Treasure” shop, and cut them according to the size of skeleton. Design the patterns by drawing, paper-cutting. Paste the paper to the skeleton.

Step 3, make the lighting. It can be a candle or a lamp. 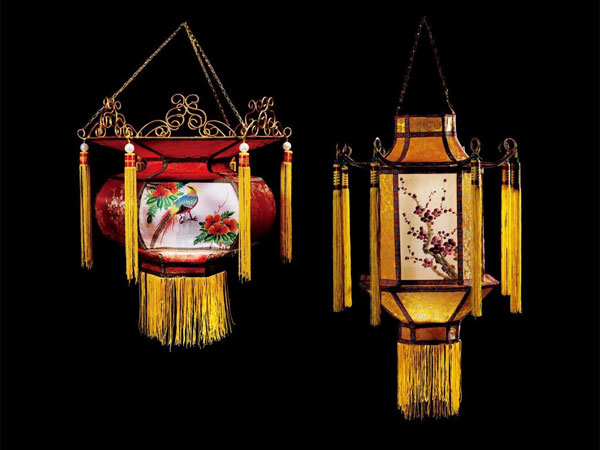 Lantern, especially the red lantern, always reminds Chinese people of a grand traditional Chinese festival - Lantern Festival. On that day, Chinese families will get together to celebrate the grand festival and enjoy beautiful lantern at the night of the day.