Cloisonné, also called copper padding thread weaving enamel, is a kind of traditional enamelware and one of the most famous metal handicraft of ancient China, known as ‘Jingtai Blue' in China. The earliest written record of cloisonne yet found in China is in Yuan Dynasty (1206AD—1368AD), but it reached its heyday in Ming Dynasty (1368AD－1644A.D). It is so called because 'blue' is the typical color used for enamels and ‘Jingtai' is the title of the Ming Emperor's reign. Brilliant in color and splendid in design, they enjoy a high reputation both at home and abroad.

Purple copper and enamel are the main materials of cloisonne. The process of making cloisonné is rather complicated. It begins with the casting of bronze into different shapes of vases, jars, bowls and the alike, to which flat bronze wires are then affixed in decorative patterns. Enamels of different colors are applied to fill the cloisonné or hollows. Each cloisonné piece is fired three times with a fresh coat of enamel each time. After being fired, the pieces are ground and polished, and look to be gilded. Ceramic Glaze Stains used in cloisonné are various, including light blue, sapphire blue, red, light green, deep green and so on, which made cloisonné full of ornamental value. 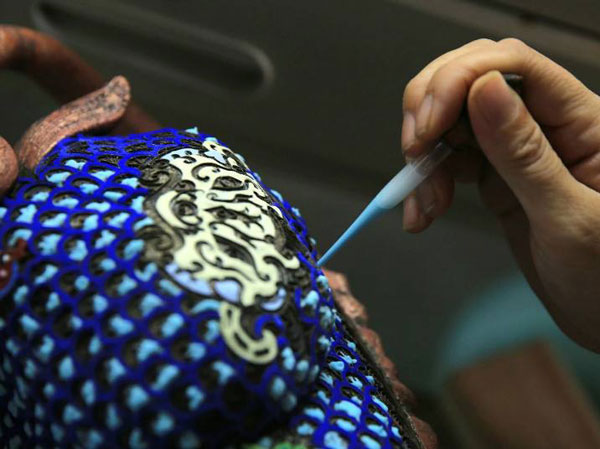 It’s said that there was a fire taking place in imperial palace in the first year of Yuan Dynasty. All of the treasures were destroyed in the fire. However, a vase was intact and shining. Officials were amazed about that, and dedicated it to the emperor. The emperor was so fond of it and unwilling to part with it. It’s said that all the treasures were melted in the fire and became the vase, which is current cloisonné. The emperor thought that it was a precious gift given by the god, and asked all the craftsman in the capital city to learn the making methods and imitate it. Therefore, at the beginning, all cloisonne wares were owned by the royals. Cloisonne became a courtly arts and an important part Chinese royal culture. 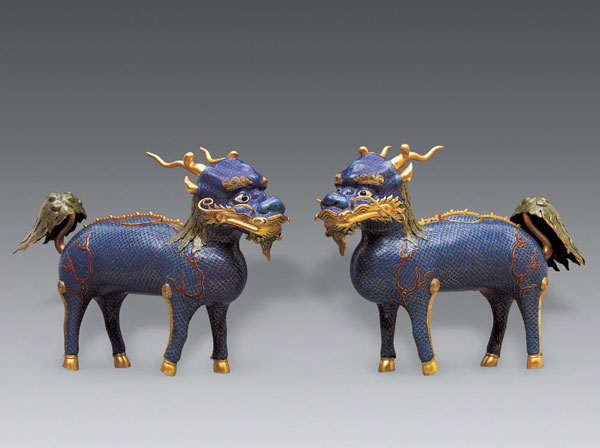 Copper padding thread weaving enamel was introduced to China in the late 13th century from the Arabic counties. Records dating from this period include details of introduction of craftsmen who were imposed as prisoners when Yuan Mongol army conquered West Asia. They brought Yuan nobles the enamels that were popular in the Arab world, with row materials and technology. This imported foreign goods soon merged the local Chinese style with profound artistic background and become an independent art form.

Cloisonne was also much favored by Qing emperors, who especially set up the royal cloisonne factory. As the symbol of power and wealth, cloisonne ware were seen everywhere in the palace, from the bed-curtain hook and folding screen to pagoda as high as a building (you can find similar exhibits in Imperial Palace Museum of Beijing and the Putuo Zongcheng Temple of Chengde). Cloisonne began to decline since the reign of Emperor Daoguang (1821 - 1861).
Development Since 1949

Since 1949 cloisonné craftsmanship has undergone great development in two respects. Firstly, the color range of enamels has been extend to pea green, rose purple, brown, egg yellow, azure and golden color. Most cloisonné pieces now are made with polychrome, and polished to create various tones. Secondly, the design has been improved by borrowing from patterns found in old silks. 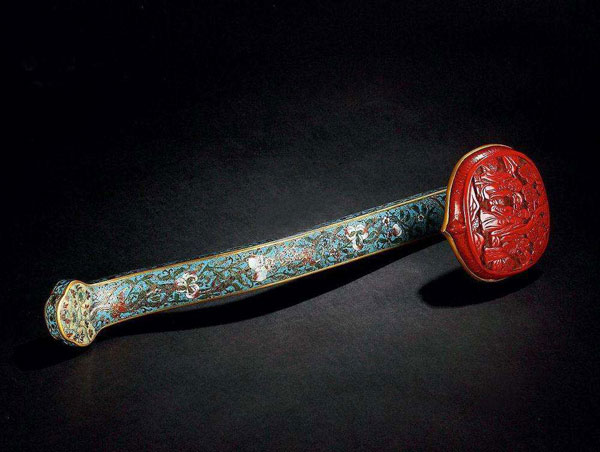 
Beijing cloisonné culture with a history of 700 years

Capital city of Yuan Dynasty, Beijing was the birthplace of Chinese cloisonne and the most important production area. Beijing cloisonne is famous for its elegant design, sophisticated patterns and beautiful colors.

Beijing Enamel Factory - Located in 10 Anlelin Road, Yongdingmenwai, Dongcheng District, the factory is the biggest and most famous in the Chinese cloisonne industry. it takes the craftsman these months averagely to create and finish one a piece of cloisonne works. Inside the factory, China Cloisonne Art Museum posses a wealth of Chinese cloisonne treasures, and displays valuable sources by video and other means. 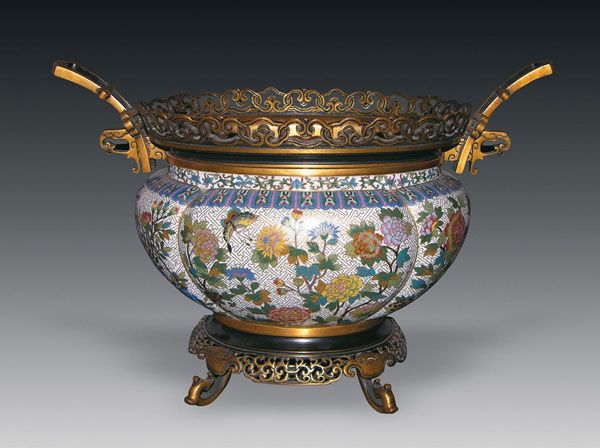 During the APEC summit in 2014, cloisonné was used as national gift from Chinese president Xi Jinping to other countries’ leaders. The exquisite coloring skill and craft received full of praise from other countries leaders.

1. Antique Chinese cloisonne is of great historical value and artistic value. But cloisonne before Emperor Qianlong of Qing Dynasty are rare and very expensive, thus not easy to collect.

2. The ancient Chinese cloisonne wares are heavier than the modern ones.

3. The ancient Chinese cloisonne has primitive and relatively rough technology, yet, the surface is still smooth with delicate enamel glaze decoration.

4. The antique Chinese cloisonne wares have limited themes and modelings, while the modern ones have various themes, modelings, colors and patterns. 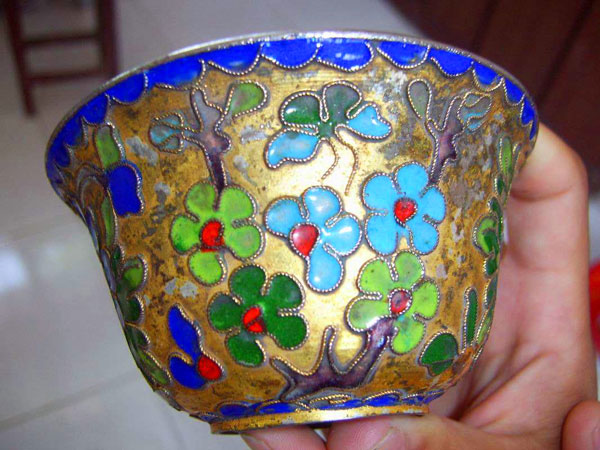