Chinese ceramics is one of the most important forms of ancient Chinese art and urges the continuous development of global ceramics. Chinese ceramics is the general term of the items made by clay, porcelain stone, kaoline, feldspar and quartz, after being fired. The workmanship of Chinese ceramic also blends the art of glazing colors and Chinese painting.

The earliest Chinese ceramics and development in different historical periods.

The first ceramics was made in the Palaeolithic Era, with a history of 117000 years. Ceramics stand out as one of the notable landmarks of the course of human civilization, as it was the first time that human beings used the natural resources to create a new thing, in exercise of imagination. The ceramics is the result of the chemical reaction between dry clay and fire. The Chinese ancestors of prehistoric times began to use fire and found out the various functions of clay. Gradually they realized that after being fired, the dry clay became solid, hard, durable and water-proofing. Thereafter, the ceramics was created.

The archaeologists have unearthed pieces of ceramics dating back to 10000 years ago. The ceramics excavated from the Hebei’s Nanzhuangtou site is 9700 to 10800 years old. While those excavated from Wannian Town in Jiangxi Province, Zen Pi Yan in Guilin and Qingtang, Yingde Town in Guangdong Province are 1000 to 7000 years old. 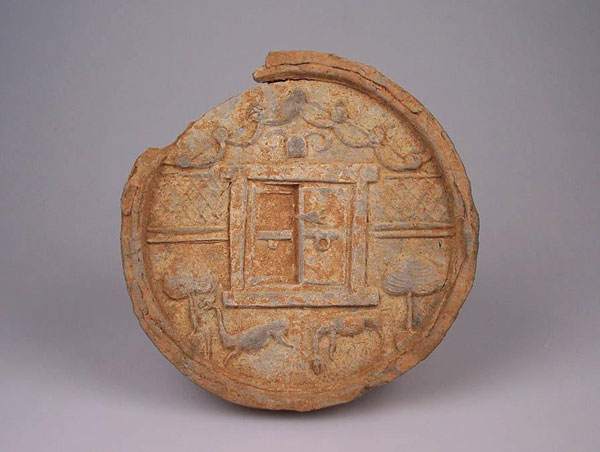 The social process urges the quality improvement of Chinese ceramics. There were professional craftsman specializing in ceramics in Shang Dynasty and Zhou Dynasty (1600BC – 256BC). The pottery was carved with more elegant patterns, and glazed to make the surface more smooth and shinning. The unearthed green glazed pottery of this period has the basic features of porcelain, fired under the temperature up to 1100 - 1200℃. Still it is quite different of the porcelain, and only regarded as the proto-porcelain. In the making process of ceramics, ancient Chinese people created porcelain. The development of ceramics matured and transited to porcelain in East Han Dynasty (25 - 220). The world-renowned porcelains including green porcelain, white porcelain, blue-and-white porcelain and tricolor-glazed pottery of Tang Dynasty were created successively and reached the highest level in craftsmanship and beauty in the later dynasties. Jingdezhen was one the most famous porcelain kilns in history and still produces beautiful, high quality porcelains. 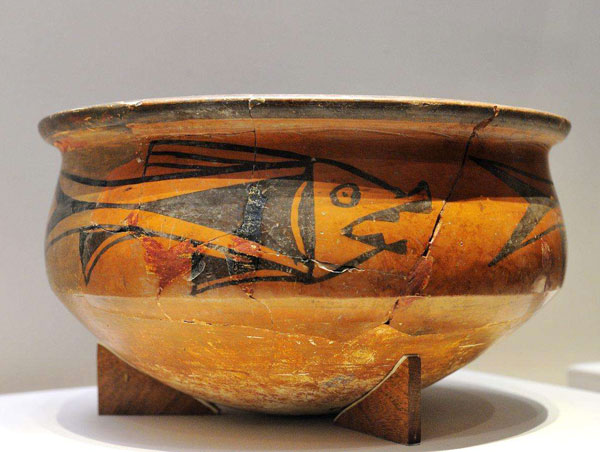 The categories of Chinese ceramics

The first ancient Chinese painted pottery was discovered in the Xian’s Banpo Site, dating back between 4800BC and 4300BC of matriarchal society period. The patterns are of various kinds, such as the animal patters (fish, frog, deer and birds), geometric motifs (abstract animal patterns, plant patterns, triangle lines, diagonal lines, etc.), and woven patterns. The painted pottery of Yangshao Culture is not only stylish in design, but also practical in daily life. 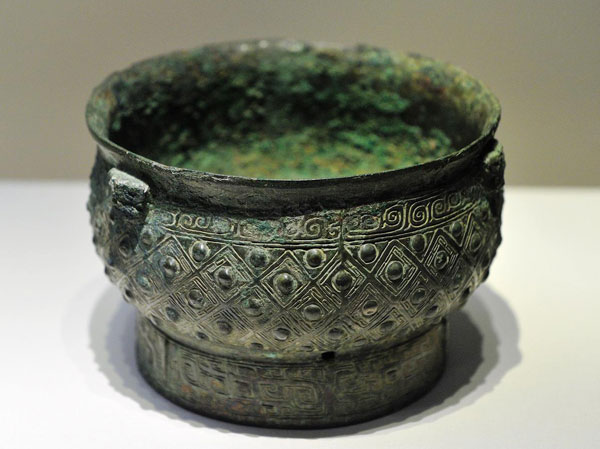 In the last stage of ceramics making process, add water slowly from the top of kiln to cause the wood charcoal to die out. Then the heavy smoke is produced and makes the pottery a natural black color. The black pottery is a new peak of Chinese ceramics, tracing back between 2500BC and 2000BC. Black potteries unearthed from Longshan Culture sites in Shandong Province include jar, basin, glass, tripod, pot, plate, etc., of creative designs and beautiful modeling. The distinctive features of black pottery include the black color, the thin ceramic body and the smooth surface, so it is praised as “eggshell ceramics”.

Originated in the Neolithic Age, the white pottery was made by Kaolin, white, smooth and lovely. Most of the white potteries were articles of daily use, such as kettle, bottle and bowel. The patterns were similar to those on the bronze ware, such as beast-face vein, taotie pattern, Kui pattern (Kui was a one-leg monster in the mythology). The Imperial Palace Museum in Beijing keeps a Shang Dynasty white pottery reconstructed from pieces of ceramics. The white pottery was mainly used by the slaveholders and gradually disappeared in West Zhou Dynasty. 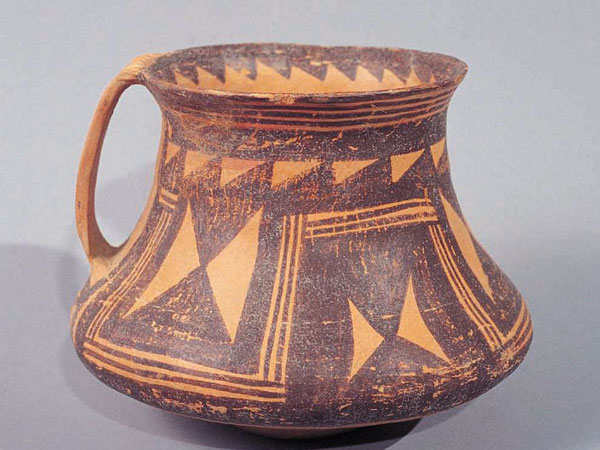 The prints and patterns were stamped on the designated part of the pottery, and fired at a relatively lower temperature. There were soft stamped pottery and hard stamped pottery, mostly in brown, grey-white, and grey. It was easy to make and produce, thus getting popular in the coast areas and the lower reaches of Yangtze River, such as Shanghai, Zhejiang Province, Taiwan, Canton, etc. Springing up in the late Neolithic Age, the stamped pottery gradually declined in the Warring States Period (475-221BC) and finally disappeared in the Han Dynasty (202BC - 220).

How to maintain antique Chinese ceramics and porcelain

Chinese ceramics or porcelain bear a high value for collection and appreciation. Here below are four useful tips to well keep and maintain antique pottery.

1. The antique pottery is better kept in a box, with sponge or foam pad to fix it. Put the pottery on a fixed wooden shelf to display it.

2. To appreciate an antique pottery, you need to clean your hands, keep the hands dry, and take off the ring. You are not encouraged to wear gloves, as the pottery may slip from the hands. Hold the main body of the pottery, instead of holding the handle or the accessory parts, for they are likely to break up. 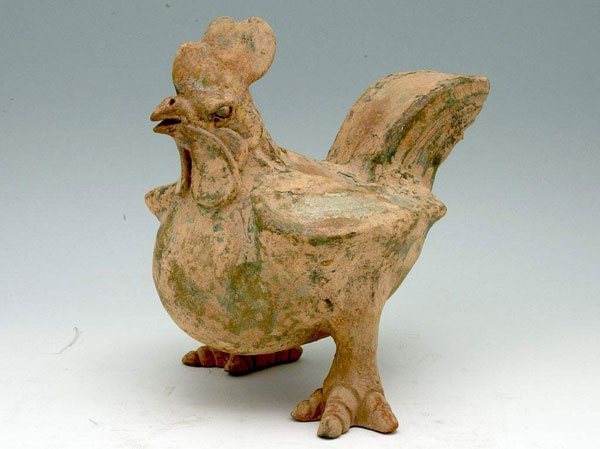 3. If it is a human figure pottery, you should be careful not to cause damage to the details, like the hair or finger. Don’t hold the head, as the head was inserted into the body, and is easily to be separated. Hold the antique ceramic bowl or plate with your two hands in case of fracture.

4. Wipe off the dust with wet cloth and the soft brush. Don’t put water directly on the glazed pottery, as it is absorbent.